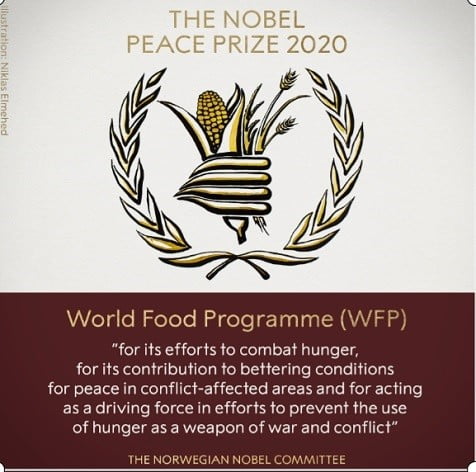 The 2020 Nobel Peace Prize has been awarded to the United Nations World Food Programme (WFP) for its efforts to combat hunger.

The Norwegian Nobel Committee said the WFP had acted “as a driving force in efforts to prevent the use of hunger as a weapon of war and conflict”. 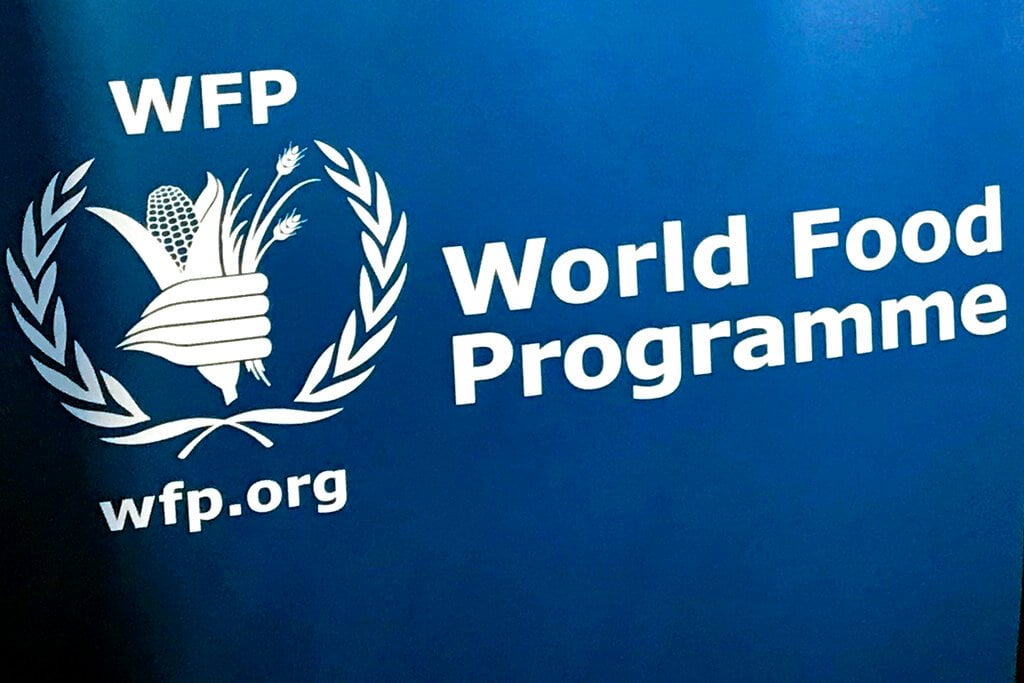 FILE – In this Nov. 6, 2017 file photo, the U.N. World Food Program’s logo at the agency’s headquarters in New York. The World Food Program has won the 2020 Nobel Peace Prize for its efforts to combat hunger and food insecurity around the globe. The announcement was made Friday Oct. 9, 2020 in Oslo by Berit Reiss-Andersen, the chair of the Nobel Committee. (AP Photo/Robert Bumstead, File)The WFP, the 101st winner of the prize, said it was “deeply humbled”.

“This is in recognition of the work of WFP staff who put their lives on the line every day to bring food and assistance to more than 100 million hungry children, women and men across the world,” it said on Twitter.

WFP head David Beasley told the Associated Press news agency it was “the first time in my life I’ve been without words”.

Some 211 individuals and 107 organisations were nominated for the prize this year. Under the Nobel Foundation’s rules, nomination shortlists are not allowed to be published for 50 years, and the organisation says any speculation ahead of the announcement is “sheer guesswork”.

The World Health Organization and climate activist Greta Thunberg were among the favourites to win this year.

What else did the Nobel Committee say?

Chairwoman Berit Reiss-Andersen said that with this year’s award the Norwegian Nobel Committee wanted to “turn the eyes of the world to the millions of people who suffer from or face the threat of hunger.”

“The World Food Programme plays a key role in multilateral co-operation in making food security an instrument of peace,” she told a news conference in Oslo.

The Nobel Committee said Covid-19 had further boosted the importance of the group.

“The coronavirus pandemic has contributed to a strong upsurge in the number of victims of hunger in the world,” it wrote in a statement.

“In the face of the pandemic, the World Food Programme has demonstrated an impressive ability to intensify its efforts.”

Former US President Barack Obama won the prize in 2009, for “his extraordinary efforts to strengthen international diplomacy and co-operation between peoples”.

Other notable winners include former US President Jimmy Carter (2002); child education activist Malala Yousafzai (shared 2014); the European Union (2012); the United Nations and its secretary-general at the time, Kofi Annan, (shared 2001); and Mother Teresa (1979).

The Nobel Prize is one of the world’s most important awards.

It was started in accordance with the will of Swedish inventor Alfred Nobel, with the first award handed out in 1901.

Nobel Prizes are awarded in several categories to people “who have conferred the greatest benefit to humankind” in the previous 12 months.

The recipient of each Nobel Prize receives three things:

There have been some years when the prize has not been awarded – mostly during the two world wars.

Nobel Foundation rules state if nobody deserves the prize in a particular category, it is not awarded and its prize money is kept for the following year.