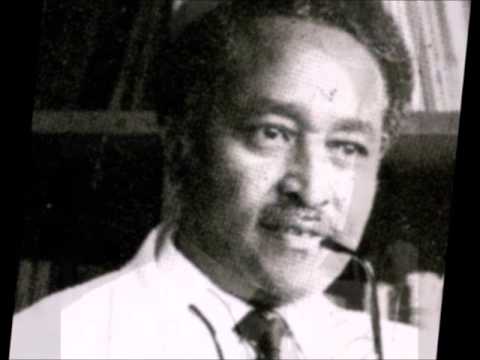 “The Only real prison is fear, and the only real freedom is freedom from fear”
Aung San Sun Kyi.

“Repression is not the way to virtue. When people restrain themselves out of fear, their lives are by necessity diminished.”
Mihaly Csiszentmihalyi

It has been 562 days since the People of Ethiopia has spoken loud and clear for Peace, Unity and economic growth; and said “No” to ethnic politics and racial bigotry. It has been 367 days since our courageous and selfless Leaders of ours are incarcerated.

Why are our Leaders still in prison? Why is the bright light we saw On May 15, 2005 getting dimmer and dimmer? Professor Asrat Woldeyes stood for Ethiopia and its people. He came out of prison in a body bag. What guarantee do we have that the Leaders in Kaliti will not be the new Professor Asrats?

I remember a PalTalk discussion forum with Dr. Yacob Hailemariam and Judge Bertukan Mideksa, during which attendees of the forum promised their strong support to the cause of Kinijit. I remember the standing ovation Engineer Hailu Shawel got from the audience in Washington DC. “We will stand by you … You are our heroes… Please do not enter the parliament,” Diaspora Ethiopians loudly declared.

Kinijit Leaders listened to the people and stood for Democracy and Ethiopiawinet. They stood against dictatorship, ethnic politics and the mock democracy. They did their homework. Had they joined the EPRDF controlled Parliament and easily given up, they could have easily spared themselves from prison life. They could have compromised Kinijit’s principle and made deals with the government. They could have been given ministerial positions. They could have been easily like us. Ethiopia is not more mother to them than to us.

However, Kinijit leaders went to prison because they are visionaries and have faith in the people. They believed the people, with the help of the Almighty God, will soon deliver them from Kaliti Prison. Though emotionally and physically painful their incarceration is (to them and their families), they are filled with hope and are seeing a prosperous, unique and democratic Ethiopia beyond the walls of Kaliti prison. The hope of a better Ethiopia has given them the strength to endure their pain.

When Kinjit leaders fulfilled their historic and patriotic duty with courage and determination, it was up to us to continue the struggle. From Kaliti prison the Leaders proclaimed:

“We the leaders, members and supporters of CUDP both inside and outside of prison will continue our peaceful struggle. Therefore, we respectfully call on you to stand with us and continue mobilizing for the peaceful, legal struggle both within and outside of the country until the ruling party comes to the table in search of a negotiated resolution of all outstanding issues that led up to the current crisis.”

From kaliti, they are calling us to stand up and continue the struggle. They are asking for our help and support. Unfortunately, we have not kept our promises. Though some have been laboring day and night to get the release of our Leaders, the majority in the Diaspora is not as motivated as it was in November 2005. I sense fatigue and despair. I believe the Diaspora is disillusioned, confused and retracting itself from the struggle because it is feeling it would not make any difference. Many of us are possessed with the spirit of self-defeatism and despair. We are losing the battle before it starts.

We may not have supported the EPRDF. We may not have directly contributed to the incarceration of our Leaders. However, our silence is the reason Kinijit Leaders, journalists and human right activists are still in jail. Our silence is providing bullets for the EPRDF forces.

I am afraid they, Kinijit Leaders, will be the new Professor Asrats. They will not be released unless an earthquake happens in the mind of Ethiopians. How could Kaliti Leaders be released by the EPRDF government unless we make it happen? The day these Leaders of ours come out from prison in body bags, who would be the culprit for their death? As much as the EPRDF officials, you and I, would also have to take that responsibility. At this time they are in jail not because the EPRDF is strong. They are in jail because we are weak, selfish, and silent.

More than ever Ethiopia demands its children to come out of their closets. Ethiopia cannot afford the silence of its children. For so long we have been spending our time “talking” and “talking” and “talking”. We have been spending our time incriminating one another. We are a people who cannot tolerate others and have no mercy should someone make a mistake. We are fast at judging and condemning others. Everybody is responsible for all our problems except us.

We are our own worst enemy. We want others to sacrifice for us but hide under our bed when our turn comes. We are selfish and ignorant about the plight of our poor people. We blame Western countries for not helping Ethiopia when we have done nothing for our country. Our hypocrisy and lack of integrity is our problem. We lobbied Kinijit leaders so that they can stand against the ruthless EPRDF regime. When these Leaders are languishing in prison we are no where to be found. When would we stop being “Ye Del Ken Arbegnotch” ? (Patriots of the Victory Day).

In struggle there are ups and downs. Some may say, “it is impossible to force change in the Meles administration”. Our effort may be seen as meaningless. On the surface Kinijit may seem “vanished”. The situation in Ethiopia may be “calm” with Prime Minister Meles at the helm of power. HOWEVER, WE SHOULD NEVER GIVE UP. It may take years. We might not see a free Ethiopia in our time. But our children will one day rejoice in a free, prosperous and democratic Ethiopia.

The Great American President Franklin D. Roosevelt said “First of all, let me assert my firm belief that the only thing we have to fear is fear itself”. The only power the EPRDF forces have is their excellent use of the public media. They are good at dividing the opposition and spreading fear among the general public. They want us to fear them. More than its gun the EPRDF is using effectively FEAR to crush the will of the people. Fear cripples the energy of mankind.

In this regard, the Ministry of Information is playing a more important role than the security forces. A handful of EPRDF rulers are controlling the Tigray region and the rest of Ethiopia with an iron fist. They have built up an image of themselves in the mind of many Ethiopians that they are like “gods”. They have successfully established the ideas that they are untouchables and whoever stands in the way of the EPRDF will be eliminated.

It is time to think of the EPRDF as what it is, a rotten and dying organization. It has no popular support from any region including Tigray. It does not have military strength as many of us think. The armed forces are cracking down. They are losing confidence and getting more and more desperate. Their refusal to sit on the table and start a dialogue with Kinijit Leaders shows by itself their lack of confidence. Since they are filled with insecurity and inferiority they consider everyone as their enemy.

It is in this context that I call for a renewal of mind. Instead of being filled with fear and put an image of a big “Meles Zenawi” in our mind, we should learn to believe in ourselves. “What is man without freedom” said Judge Birtukan Mideksa. A life lived in fear and despair is no better than death. A life lived without a purpose is a tragedy.

It is time to be free from the bondage of the Spirit of fear and the Spirit of ignorance. Freedom starts from within. A man who only thinks of himself and forgets where he came from, is a man who is spiritually poor and sick.

I have hope. I see potentials among Ethiopians. Ethiopia has so many talented children and tremendous strategic resources. If we have peace and love, if we believe in ourselves, if we look to our brothers and sisters, if we stop being silent on matters that matter a lot, if we allow our God given talent and energy to come from within us ..we would have solved our problems on our own and have our Leaders free from prison.

Kaliti Leaders did their homework. Let us do ours. It all starts from each one of us. Ethiopia is equal for all Ethiopians. There is no reason one would pay more sacrifice than others. It is time to speak out and assert our freedom in our country. We are all created in the image and likeness of God. God has given us a country called Ethiopia. He has given us the right to live in peace and dignity in Ethiopia. The EPRDF must not be allowed to continue taking away from us our right and our dignity that God gave us.

May Our Lord God strech out his scepter of Peace towards our country!
May He touch us with his Spirit of Freedom and Courage so that we can be free from ourselves and reclaim our God given rights to live in a peaceful, democratic and prosperous Ethiopia where the right of all its people are respected regardless of age, ethnic affiliation, religion and gender !