The rulers of Ethiopia are intensifying the systemic mental genocide of Amaras, and a large percentage of the Amara senior high school students are officially forbidden from joining colleges and universities. This mental genocide is part of the ongoing chronic physical genocide of Amaras that has been implemented by the former and current rulers of the Ethiopian Peoples Democratic Front (EPRDF) for more than 45 years. 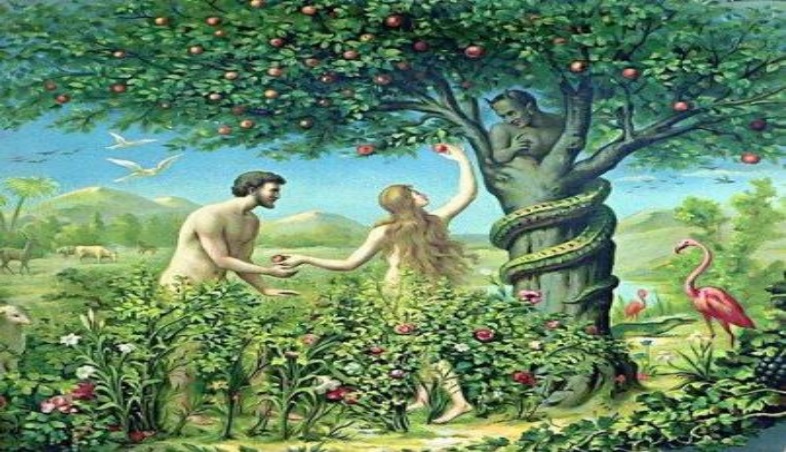 These heinous rulers intensified these evil acts, especially for the last 4 years after they mislead and harvested the support of gullible Amara elites, former opposition radios, televisions, online magazines, and newspapers, which regrettably refused to expose and report the mental and physical genocide of Amaras.

Despite the survival threats the Amara people is facing, the Amara elites are still eating the apple of deceit while dancing with the serpents. The Polish philosopher, Leskzek Kolakowski, once said, “in politics, being deceived is no excuse.”* Kolakowski died in 2009, but his teachings about excuses are evergreen and describes the current gullible Ethiopian Elites, especially the credulous Amara intellectuals.

Four years ago, the credulous Amara elites beat the drums behind the serpent Abiyot Ahmed forgetting what this serpent and his devil masters did to the Amaras in the Garden of Aden for three decades. The gullible Amara elites forgot that Abiyot’s criminal party, the Ethiopian Peoples Democratic Front (EPRDF), was established to franchise republics of nations and nationalities on the graves of Amaras.

The credulous Amara elites blamed only the Tigre Peoples Libration Front (TPLF), not the long-time slaves such as Abiyot, for the massacre, imprisonment, torture, displacement and sterilization of Amaras.

Despite his past wicked deeds, most Amara elites were completely blinded by the serpent’s cunning “Ethiopia” rhetoric when he was systematically installed to power by foreign agents. The credulous Amara elites forgot that the serpent was a high-ranking spy director and Legesesse Zenawi’s right hand when
Amaras were facing massacres, tortures, displacement and ethnic cleansing in every corner of the nation.

Like immature and uncultured teenagers, the gullible Amara elites were terribly seduced by pastor Abiyot’s fake preaching about love, unity, reconciliation and forgiveness. Most Amara elites did not want to recall that the serpent pastor was the leader of EPRDF that hanged water bottles on testicles of Amara men, and administered unique birth control programs to sterilize Amara women.

In fact, many opportunist Amara elites considered him as the Mosses of the biblical Exudes forgetting the surmountable crimes he and his masters did to the Amaras. These opportunist Amara elites did not want to admit that the fake preacher served like a jack ass to the ruthless EPRDF, a front established to break the backs and the hips of Amaras. The Gullible Amara elites failed to acknowledge that their preacher pastor built an ugly breast monument based on fire-place folktales to separate the Amaras from the people the pastor claims to represent.

Most Amara elites forgot that the architect of the anti-Amara EPRDF, Legesess Zenawi, never ordained cadres, spy agents or high-ranking officials unless they exhibit deep hate for Amaras or show strong love affair to their voracious large stomachs. The gullible Amara elites failed to predict that the pastor was preaching phony love and unity to buy time and strengthen his power to control Amaras.

Like Kolakowsk’s soul, Timothy Snyder ‘s heart is saddened by the gullible nature of most amara elites because they failed to see his red-warning sign, which reads “anticipatory obedience is a political tragedy”*. Like the fools who anticipate eggs of doves from the wombs of serpents, the gullible Amara elites expected a glitter of hope from the spy agents and

cadres of the Legesse Zenawi’s EPRDF, who were chasing, killing, sterilizing and starving Amaras for decades. In fact, some Amara elites bowed like arcs below the knees of these criminals, and others became their full-time cadres and propagandists.

How complicated was it to read their 25 years resume? How difficult was it to comprehend that Legesse Zewai’s EPRDF committed mass murders and national treason using spy agents and cadres such as Abiyote as effective tools? How hard was it to understand that these tools lack conscience, morality, self-confidence, vision, courage and pride like any other tools?

The gullible Amara elites forgot their brilliant forefathers’ teachings that empty love words come from the mouths of monsters that snatch believers from the hands of God. They failed to follow the teachings of the holy books, which warn people to identify fiends by their past and current deeds, not by their empty words.

Beyond the understandings of the suffering Amaras, some dupe Amara elites are still following the serpent’s swinging tail even at a time the serpent is chasing, stinging and killing the Amara leaders and Fanos to weaken the strength of Amara and materialize the dream of building the republics of nations and nationalist on the graves of Amaras.

Many fools and HODAM Amara elites are licking the serpent’s tail even at this juncture when the serpent is turning every possible rock to make the Amara people weak in every aspect of human attributes, while allowing his brutal kin to do whatever they want including killing, displacing, incarcerating, and robbing others.

It is unfortunate and sickening to see the gullible Amara elites contributing to the suffering and demise of Amara by committing political tragedy of anticipatory obedience, and by fabricating excuses of blaming the forbidden trees around the serpent instead of the serpent.

The Amara elites should understand that the serpents are causing existential threats to the people of Amara, its beautiful Amaric Language, Scripts and well-designed calendar.

God has given us the brains so that we can predict the future based on past experiences. Our past experiences have shown that Abiyot Ahmed and his colleagues have been the leaders of EPRDF, a criminal origination that committed ethnic cleaning of Amaras in every corner of the country. For the survival of the well- cultured and God-fearing Amara people, the gullible elites shall repent and stand united against the serpents. Thank you.

3.The Ethiopian Elites Have Failed to Follow The Principles of Our Forefathers! https://www.zehabesha.com/the-ethiopian-elites-have-failed-to-follow-the-principles-of-our-forefathers/?fbclid=IwAR2vDSOkwZ2-A8HUa-iajOYFrvb49Z2rdD62jLkfLA_T7p2V6vWcco9gEIk

17.Urgent Message to Amara Elites: Speak Up Against The Ethnic Cleansing of Amara! https://www.zehabesha.com/urgent-message-to-amara-elites-speak-up-against-the-ethnic-cleansing-of-amara/?fbclid=IwAR1XeFACxW_EiJB03BjvYZrMtNL0J7TFUgBO9OMGAGpGvGOsDQmryq4UJ4c