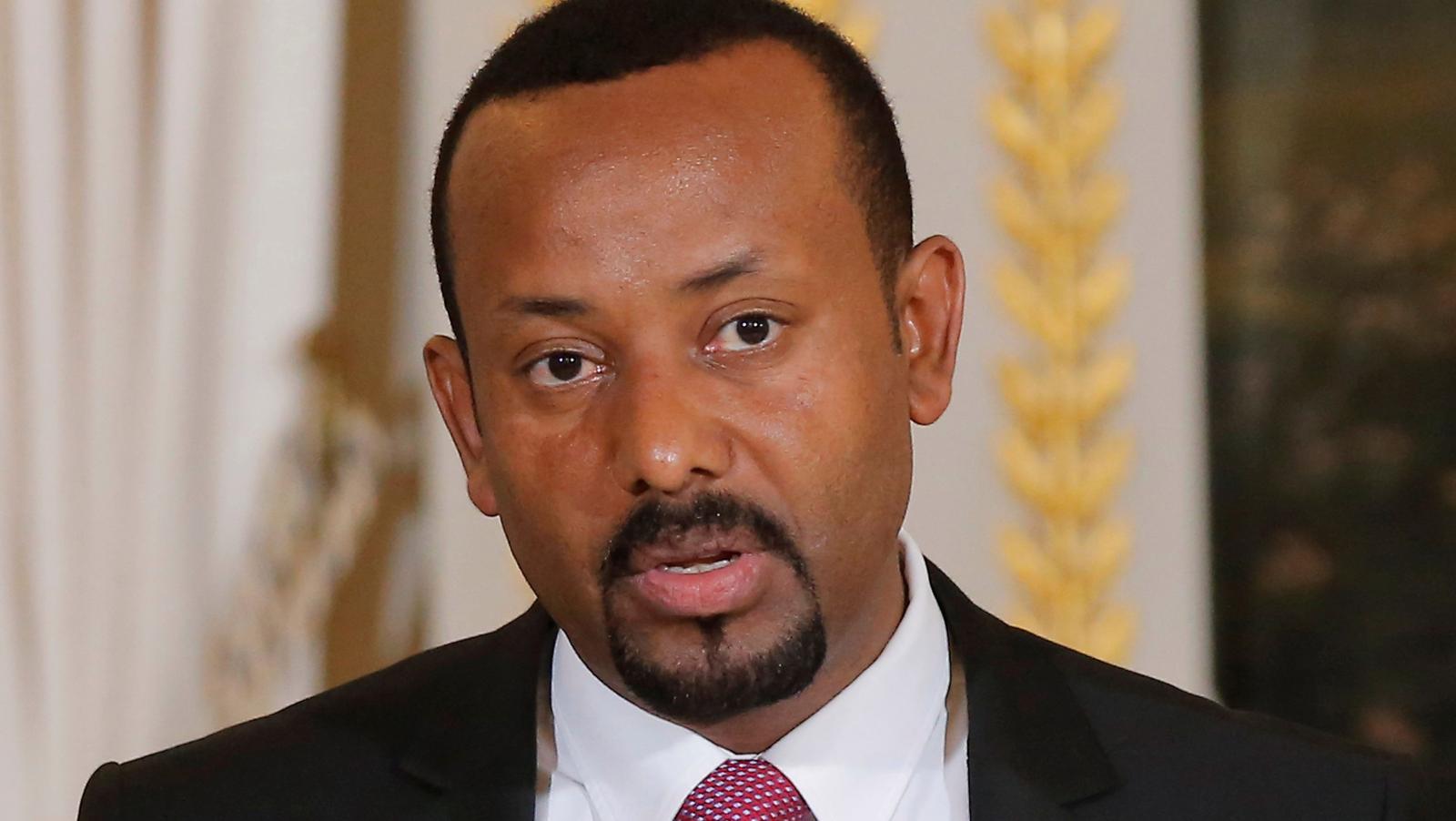 Ever since he emerged as the new leader of Ethiopia, Dr. Abiy Ahmed has crafted a new style of leadership hitherto unknown to the ears, mind and heart of Ethiopians. Indeed, when you look at his achievements so far, it is remarkable both in terms of substance and style. Where as it used to be that Ethiopians lingered in prison for simply writing, now they can freely speak and write. Where as the opposition parties used to be on the run, now they can join him at the palace and have substantive conversations over coffee. Not only that, even the tension between Eritrea and Ethiopia has decreased from “no war, no peace” to the historic meeting of Isayas Afwerki and Dr. Ahmed both in Asmara and Addis Ababa.

However, Dr. Abiy excelled in his quest to try to change the minds of Ethiopians. Ethiopia is an ancient country with proud but also tragic history. With being old comes wisdom. Sometimes being old also has its own baggage. For example, previous Ethiopian governments tended to represent and cater to the interest of specific segments of the population. Prior to the Dergue, the monarchy tended to prefer the Christians and specifically the Amhara elites and this is clearly evident if one looks at modern Ethiopia from cultural, religious and political and economic prisms. The Dergue was focused more on ideology and while it was a brutal regime that was unabashed about its genocidal intent, it was the first institution that made an attempt at forming an inclusive Ethiopia. And the Amhara elites lost the raw political and economic power under the Dergue regime while maintaining the cultural and linguistic supremacy.

The emergence of the Tigrean hegemons under the umbrella of the Tigrean People’s Liberation Front (TPLF) changed the dynamic from nation-state to ethno-national model of governance. In the beginning, the Tigreans were given the benefit of the doubt but they would eventually succumb to the corrupting influence of money and power; they ended up establishing a Tigrean empire but with a new rhetoric of ethnic and religious equality. To be fair, the Tigrean elites understood that there are legitimate differences and aspirations among the people of Ethiopia. And they did allow people like the Oromos to exercise the freedom to develop their culture via things like language.

Still, their desire to control every aspect of the life of Ethiopians as seen in their unreasonable persecution of the Muslims of Ethiopia backfired. What destroyed the Tigrean grip on power was the youth protest from the Oromos and later from the Amhara group which presented a significant challenge to the Tigrean rule. Yet Ethiopia is still at cross-roads as just in the last three years alone, thousands have died and millions have been displaced. Some of these issues are still on going. And it is against this backdrop that social media and some people who supported Abiy started questioning his leadership capabilities. In fact it is alarming that some are calling for military take over while others are calling for his ouster. What Ethiopians who are turning on Dr. Abiy do not understand is that a dictatorship that took more than 60 years to build cannot be taken down in one year. If anything, we can face a situation like that of Egypt where millions marched and thousands died. Then due to mass propaganda from the Egyptian military and the secular people who irrationally hated the Muslim Brotherhood, the Egyptians ended up overthrowing a democratic government and now they are under the grip of the most brutal dictatorship in the history of Egypt. El sisi has killed thousands of Egyptians and he will kill more to say in power forever. I am not saying the government of Dr. Abiy is democtratically elected or his party is similar to the Muslim Brotherhood but if Ethiopians do not give democracy a chance we could face the fate that Egyptians are facing today. Hence these calls by Ethiopians are unfounded and they are based on emotion rather than reasoning. Here are the reasons why Dr. Abiy is still the best man for the job:

The risk of failure:

Abiy is unique in that he understands the historical make up of Ethiopians. And he deeply cares about the welfare of the nation. I am not arguing that the man is perfect. And no politician is perfect as we see from the experience of the United States, a mature democracy is in the midist of political upheaval. And it is a mistake to assume that Ethiopians can adopt democracy overnight.
Ethiopians have never had a culture of democracy: this just means that it will take time to develop the culture of open debate, agree to disagree, the sharing of power, the respect for people who share different political views, religious freedom and the use of politics for the purposes of the common good.

Many people made the mistake of assuming Dr. Abiy would usher in an area where elections are held overnight, the dictatorship that was in place for at least hundreds of years will evaporate. This perhaps comes from the fact that many Ethiopians attach political leadership to religious sentiments—this is a mistake. A politician is a person who can lie and our job is to elect someone who can lie less and get the job done.

If the challenge to Dr. Abiy continues, we can end up with a civil war that no one can control. For this reason, it is better to work with Dr. Abiy and make sure that democracy that works for everyone can finally come to Ethiopia. The prime minister makes mistakes, and this is evident in his inability to control violence. I understand that Ethiopians love to spill blood and engage in wanton violence especially when it comes to politics and Dr. Abiy is right to show significant restraint. But Dr. Abiy needs to take swift action and destroy forces that are responsible for displacement of millions of Ethiopians. This is an organized crime that needs to be tackled urgently.
Stockholm Syndrome:

There is no doubt that after being abused by successive Ethiopian governments, many Ethiopians long for strong man. But this is a mistake for many reasons. First, we can end up losing the whole revolution or reform to a military dictator that will control Ethiopia for the rest of our life. It is easy to call in the military but there is no civilized country that has prospered while being ruled by military.
Much of the middle east and Africa were destroyed and are being destroyed because of the deep hold that the military has on these countries and societies. We should do our best to keep the military out of politics. And Dr. Abiy is doing a great job of educating the military on the need to focus on their duty and not try to run the country which will be disastrous on so many levels. The reason why Ethiopia is poor as a lot to do with the fact that we have been ruled by military or people who had deep connection to the military.
Bringing back killers and people who use power as instrument does not address critical issues facing Ethiopia. Ethiopian elites need to put aside their egos and work toward a path that will pave the way for true democracy. That can come if every Ethiopian begins to think that everyone has access to bread, justice and freedom. Anything short of that is likely to fail.
A call for a new Ethiopia: guideline

The current government of Ethiopia led by Dr. Abiy is not perfect but it is the best hope Ethiopians have and we need to work on making it more perfect than undermine it

The government of Dr. Abiy should not listen to activists of any tribe or group. Dr. Abiy should do what he thinks is right all people of Ethiopia regardless of their ethnic or religious background

Ethiopian academics including those inside and outside of the country should gather to debate the future of the country. The gigantic failure of Ethiopian elites led to the current situation where politics of zero sum game gave rise to Ethnic politics
Media people should be cognizant of their reporting and report only the facts without sensationalism. The idea of journalists like Eskinder Nega forming committee to protect cities like Addis is dangerous because it undermines the work of journalists. This is called taking matter into one’s own hand and it is not democracy. Journalists should do journalism and politicians should do politics.
Abiy should communicate directly with the Ethiopian people and should remain transparent and honest with his policies
Ethiopians have a chance to engage in peaceful transfer of power and they should protect this opportunity at all cost.
Opposition parties should work on their policies instead of blindly criticizing the Abiy government
Finally, there is a chance that the current government could slid into the abyss of dictatorship and Ethiopians must use every peaceful means to preserve the newly found freedom and not abuse it

International community: they should help protect the nascent democracy and this will be helpful as many countries are facing a huge blow in terms of refugees. If war breaks out in Ethiopia it will create a catastrophe that is hard to handle. The US should treat Ethiopia as a legitimate ally instead of a security partner and help make the transition to true democracy.

Ethiopians should develop a sense of curiosity. So far, many Ethiopians I talk to exhibit a disease that is full of self-righteous and self-confidence. The reality requires somber reflection of the dire situation we are in. Yes, we have the opportunity to be a superpower in Africa. But only if we seize the opportunity unconditionally. And showing respect toward each other and treating each other with understanding and compassion is start. Like Dr. Abiy said, Ethiopia does not have “Jegna” but we have the chance to create one and this jegna will not come from the battle field but instead he will be the one that will uplift Ethiopia from the valley of violence, poverty and disease and most crucially ignorance