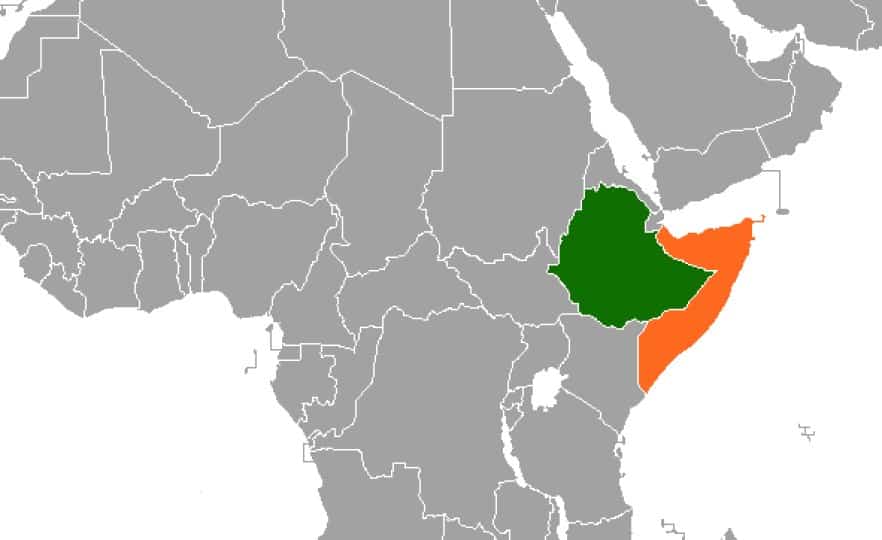 In 2018, Ethiopia and Eritrea signed a peace treaty between themselves, but this was not done in either Addis Ababa or Asmara. It was signed in Jeddah, Saudi Arabia with the presence of the Emirates as well, and this was prompted only by the wealth of the Arab Gulf States. Djibouti, another Horn of African State was also invited to the signing ceremony. The latter has a border dispute with Eritrea.

How is it possible that the Horn of Africa States, which have historical, cultural and even ethnic ties, unable to solve problems among themselves and resort to third parties whose interest lies is in the disruption of ties among the Horn of Africa States? This is a major puzzle and a question for the region’s leadership both governing and opposition! Even as we pen these words, we know the relationship between Somalia and Ethiopia, both of the Horn of Africa States is sinking, because of the actions or inactions of Arabs and their newly found wealth with respect to terrorism being exported into Ethiopia.

Many analysts read this as attempts of the Arab Gulf States to project power, but it is far from that. The Horn of Africa States is actually better situated to receive, fuel and service international shipping than Dubai or any other Gulf Arab state for that matter. The Horn of African ports of Massawa, Assab, Djibouti, Berbera and Bossaso are all better placed to serve international shipping than any Arab Gulf port including but not limited to Dubai, Salalah and even Jeddah on the Red Sea. The port of Aden is already out of commission as was designed and executed by the Emiratis. The worsening of relations between the two regions is, indeed, prompted by insecurity on the part of the Arab Gulf States and hence fear of the competition that these Horn of Africa States’ ports may pose to the business of the Arab Gulf ports and mostly to Dubai’ Jebel Ali.

The insecurity is further demonstrated by the fear of the possibility of closure of the Strait of Hormuz, which is a major passage of crude and gas exports from the Arabian Peninsula by the Iranians. The Saudis were building pipelines to bypass the Strait of Hormuz for some 20 years now and they have built export terminals on the Red Sea and hence the need to secure this important seaway from the Somali Sea through the Gulf of Berbera, and Bab El Mandab to the Suez Canal.

Despite being Muslims, the Arab Gulf States have also forgotten that charity is not a way to diplomacy. If one is a donor, it is for Allah, as Islam advises and not for gains. It would seem the Arab Gulf States use their newly found wealth to gain footholds in the Horn of Africa States to control them. They forget that other major powers of the world offer better than mere dollars. They cannot build roads and rail and they cannot build factories or other infrastructures and technologies, even through loans.  The claim that they invest in logistics, ports, and trade development remains a lame excuse for fear of losing to other ports and this is a far greater motive. They, indeed, depress-cum-suppress the growth of other ports. Djibouti found out of the ploy long ago and cut off the relations with DP World with great difficulties.

The Horn of Africa States not only lies in a strategic location along the path to the Suez Canal but is also the source of the Nile waters that feed Sudan and Egypt and traditionally these two major factors generally determined its peace. How well they manage these two issues was always a determinant of the fate of the region. Both Sudan and Egypt never entered into the internal affairs and clans and ethnic groups of the region. The entry of the insecurities of the Arab Gulf States into the scene, has mudded and messed it up and truly poses an existential threat to the Horn of Africa States region. Today the whole region is embroiled in clan/tribal civil wars and terrorism and to a large extent, they all emanate from the insecurities of the Arab Gulf States. It is up to the leadership of the region to wake up to this new threat and face them boldly. They do not need the “qualche dollaro” they offer.

The SEED countries of the Horn of Africa States need to strengthen the economic, political, social, cultural, and security cooperation of the region to face off the threats posed by the insecurities of others. Peace and continuing reconciliation among the countries of the region would open new pathways including economic integration to cooperate and would change the landscape of relations in the region. Instead of the tag “Conflict-Ridden Region”, it should carry another tag the “Peaceful Region”. Arab Gulf States should know that the region is not a threat to them but need to survive too!

Dr. Suleiman Walhad writes on the Horn of Africa economies and politics. He can be reached at walhad@hornafric.org.