Jessica Tierney, an associate professor at the University of Arizona,  Peter deMenocal of Columbia University’s Lamont-Doherty Earth Observatory, Alex Randall, Coordinator of the Climate and Migration Coalition, Ralph Bunche Senior Fellow for Africa Policy Studies, and many others all share one thing. They comment on the climate change in the Horn of Africa States and the instability this climate change prompted by global warming is having on the Horn of Africa States. They all say, the Horn of Africa is drying, the agricultural production is getting less and less, the population is yet booming but many are leaving to seek food and shelter elsewhere. Because of the shortage of food, the competition for power and hence the meagre resources of the region is intensifying, and this coupled by terrorism engineered from outside, is pushing the region to unbearable limits. The region is vast and enjoys a large population whose main source of food is subsistence farming – growing food for the family and raising livestock that live off the land. With the region coming drier and drier, for now, over a century, the accompanying side effects of this climate change in the form of civil strives and competition for power among the various human populations of the region, migration from the region and subsequent  toxic interferences from outside have had tremendous effects on the lives of people in the region to the extent, that it has become a great concern for nations from beyond.

This is further exasperated by the ready availability of modern weapons, where strangely extremely poor people who cannot even afford to eat, find themselves with the most modern of weapons, they surely cannot afford to buy. Some parties must be profiting from this great weakness and vulnerability of the region. It is not all due, therefore, to climate change. But climate change, there is, despite the fact that the region does not contribute much to it. Cutting of trees for fuel and fire to cook, is perhaps, the only way the region takes part in humanity’s assault on nature and earth. 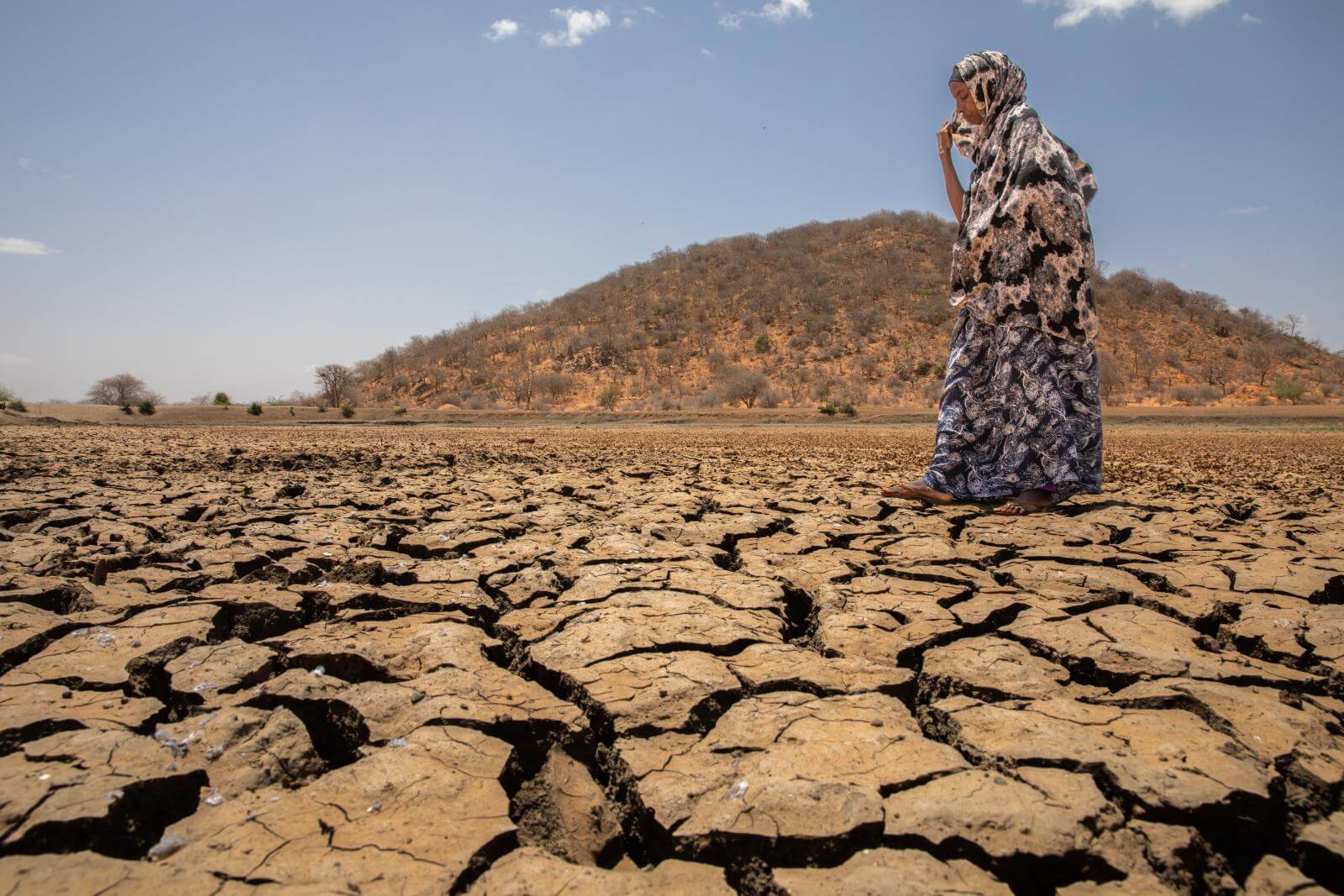 Environmental pressures coupled by economic and political disorders seem to be the main stringers of the instability and multiple conflicts of the region. However, climate change seems to be having the greatest impact on the lives of the people, who are on the move to seemingly better places. Internal displacements, migration to other countries, and refugee camps in neighboring countries mark the region. The rains have failed for several years in some parts and in others, when it rains, it causes heavy floods that wash away the top soil that should have helped food to grow.

And so, the region’s stability, be it social, economic or political is at stake with implications for the rest of the world. But is the rest of the world doing its job to calm the situation or is it a lip service phenomenon, all these cries and media coverage of the situation? How is it possible that this has become almost a daily news item for decades and decades or are their malign forces behind all this? Why are food distribution and engineered civil wars become the main impetus of the world’s reaction to the region’s plight? And how long would this continue?

Development assistance should have been the answer to both issues, instead of bringing food from other places, which appears to be throw-outs from warehouses being prepared for new harvests and production. It is not, however, what others are doing to the region, but what the region’s leadership are not doing. They are not addressing this extremely difficult situation as they should have been doing:

The region cannot rely on foreigners all the time, who however, they try, would never fully satisfy the region’s needs. This should be coming from the region itself and its leadership should be in the vanguard, not antagonizing each other, but truly working together to address what they all face regularly. Individual countries of the region would not be able to completely address many of the problems whose sources are from beyond the boundaries of the region, which exasperate the already extremely difficult internal issues of the region.

The changing climate is surely affecting the region more than it perhaps does in other parts of the world. However, food distribution emergencies are not the solution as it appears to be the case all the time. We have been hearing and witnessing this over the past several decades and this shows that there is need to change tact in the region, which has to become self-reliant by working together. The people of the region live off the land, and therefore, the governments of the region should be emphasizing on helping the region’s populations accordingly. For one, they should not emphasize on weaponry and killing machines and soldiers, where most of the meagre resources of the region seem to be spent on. Reconciliation among the people in the region and within each country should be the key and there is where the governments of the region should be working together.

The region’s businesspeople, academicia, religious and other traditional leaders should be deployed by the governments in serious regional summits and conferences on a regular basis. They would come up with solutions that are endemic and natural for the region and not academic solutions engineered from outside, which the people of the region do not understand. It is time the region’s leadership realized that international humanitarian assistance in the region, despite the good intentions, has failed to secure the region from future repetition of the same problems. This occurs year after year, and it is time the region worked out regional solutions together.

2 thoughts on “The Horn of Africa States The Climate Change”