The dream for the establishment of the much-sought Horn of Africa States grouping continues. This should foster the transformation of the people of the region from thinking and acting nationalistic in terms of the limited small spaces, they find themselves in, to the much larger regional setting to which they should aspire. Economic integration, social integration, political integration and finally identifying themselves as one block, the Horn African, is the way forward. The justice that they seek, the freedom they cherish or aspire to, both economic and political and freedom from the feeling of being oppressed by others, can only be achieved through setting rules of law applicable to the whole region.

And so, the journey continues to create common economic, social and security policies that protect all the peoples of the Horn of Africa, its guests and residents. Why should not the Horn of Africa countries seek to create a unified single currency, or a unified foreign policy or unified security and foreign policies and eventually an integrated economic system that serves the people and exploits the natural wealth of the region or those its people would produce together.

People generally shy away from change but change, the Horn of Africa States must do. It would not be easy or smooth. However, it is inevitable, and it is the destiny of the region to regroup itself after having been in the wilderness for some century and a half. A new treaty managing the unified grouping of the Horn of Africa States would be required. There would definitely be changes to the current laws and regulations of each country, where some would be eliminated, and others transformed while still others added.

There would be need for new group governing institutions without completely removing the current individual country governance structures, which will be strengthened and supported by the group’s common laws and regulations. Many legal and technical or fiscal and physical barriers would need to be removed to allow free movement of capital, goods, services, and people within the region.

The Horn of Africa States region has suffered much in these past hundred and fifty years through either participating in foreign wars that had nothing to do with the region or wars with the foreigners who came to the region (the colonial Europeans) or wars within the region itself – the Ethio-Somali wars, the Ethio-Eritrean wars, the Eritrean-Djibouti wars and the continuing civil wars in all four SEED countries. The region needs a respite, and this can be achieved through common approaches to the problems and crisis afflicting the region. This is to be provided by the Horn of Africa States, to be built on the general framework of the European Union, with a Horn African flavor.

What does this mean? There would definitely be a political and economic alliance that would act on behalf of the four member countries, when it comes to dealing with non-regional parties. There would also be complementarities between the coastal and interior lands of the region, sharing of resources at beneficial tariffs or rates, a customs union to ease off unnecessary pressures and as we noted earlier, perhaps a non-floating common currency, where wealth and investments are not depleted by unnecessary speculations and gambling.

The HAS alliance will be an institution to strengthen relations among its member countries and peoples. The infrastructures would include, in due course, a foreign ministerial council that debates and discusses the region’s relations with the rest of the world, a defense council which enhances military cooperation, social councils that would support the region’s educational, health, and other social infrastructures and indeed governing infrastructures and rules that can enforce majority decisions of the various councils of the grouping. 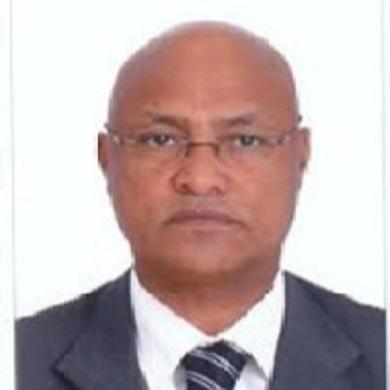 President The Horn of Africa States

An independent global policy and research think tank institute, which aims to promote and create an integrated Horn of Africa States consisting of its four members of the SEED countries, an acronym for Somalia, Ethiopia, Eritrea and Djibouti, through cutting edge engagement with universities,, public and private enterprises, civil societies, governments and institutes and providing constructive platforms, literature and presentations to persuade the people of the Horn of Africa States towards the path of lasting peace and prosperity and unity in diversity.

1 thought on “The Horn of Africa States And The Journey Continues…..”