Armed violence that broke out on Friday in Kreinik town, West Darfur, has displaced tens of thousands of people.

“Towns in West Darfur are burning before our eyes, and communities are being assaulted over and over. This tragedy is quickly becoming a catastrophe. The deadly spiralling violence must end,” said Will Carter, Country Director for the Norwegian Refugee Council (NRC) in Sudan.

Most families affected by the fighting in Kreinik town were already displaced by prior violence. Many saw their homes set ablaze five months ago in a previous attack and have since been living in makeshift settlements.

NRC fears the violence could spread beyond Kreinik to reach West Darfur’s state capital of Al Geneina. The city hosts about 100,000 displaced people, many of whom are living in makeshift tents, with nothing to protect them stray bullets or violence.

As tensions have risen in recent days, gunfire has been heard in the city, leading scores of terrified families to flee from settlement to settlement in desperate search for safety. 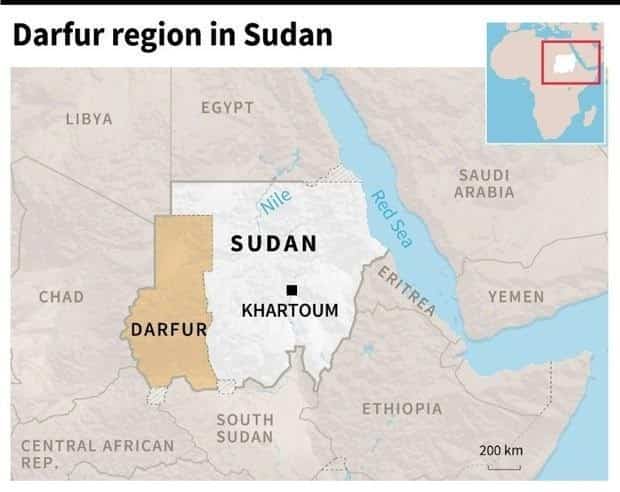 “We call all parties to immediately de-escalate and restrain from further harming civilians. Safe and free passage of fleeing civilians and access for humanitarian assistance must be urgently restored,” said Carter.

“After experiencing brutal violence, these communities are once again left neglected and vulnerable, with no protection or accountability. The entire Darfur region is quickly sinking into conflict and needs urgent attention from the international community.”

Over the past months insecurity has spread across at least three areas of West Darfur, as well as in the neighbouring states of North and South Darfur. The violence in Darfur is threatening the upcoming harvest season. Over 18 million people are likely to face acute food insecurity by September across Sudan because of the combined effects of insecurity, economic crisis and poor harvests.
Facts and figures: