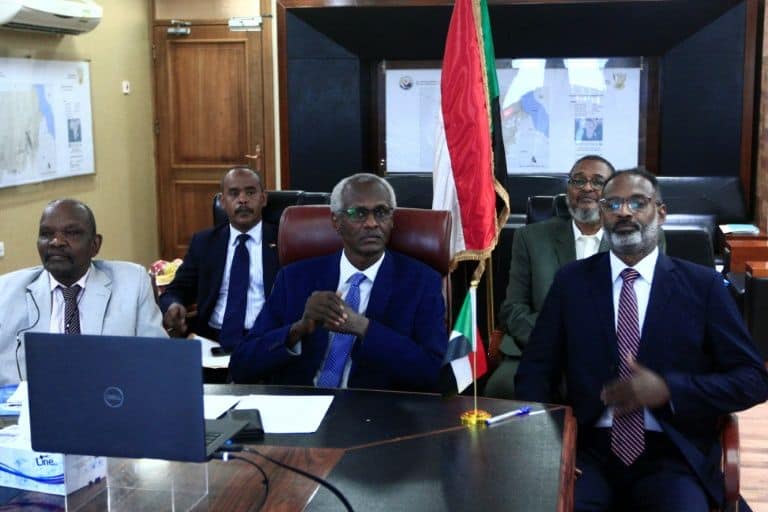 Sudan said Wednesday the latest round of talks with Egypt and Ethiopia over Addis Ababa’s controversial dam on the Blue Nile ended after they failed to make headway.

The negotiations, held over videoconference, kicked off Sunday and were meant to last a week in a renewed bid to end the long-running stalemate over the Grand Ethiopian Renaissance Dam (GERD), which broke ground in 2011.

Multiple rounds of talks have over the years failed to produce an agreement on the filling and operation of the vast reservoir behind the 145-meter (475-foot) tall hydropower barrage.

“Water ministers of Sudan, Egypt and Ethiopia agreed to end this round of negotiations over Ethiopia’s Nile dam,” Sudan’s water ministry said in a statement.

“This round… failed to make any tangible progress.”

During the talks, Sudan proposed granting a bigger role to African Union observers to help mediate, according to the ministry.

“Ethiopia accepted to expand the AU observers’ role… but Egypt rejected the proposal,” it said.

Egypt, which depends on the Nile for about 97 percent of its irrigation and drinking water, sees the dam as an existential threat.

Sudan hopes the dam will help regulate flooding, but has also warned that millions of lives would be at “great risk” if Ethiopia unilaterally fills the dam.

On Wednesday, Sudan said it “cannot keep negotiating without an end and must guarantee the safety of its water installations”.

Ethiopia views the project as essential for its electrification and development, and insists that the flow of water downstream will not be affected.

In July, Addis Ababa declared that it reached its first-year target for filling the reservoir of the mega-dam, which can hold 74 billion cubic metres (2,600 billion cubic feet) of water.

Egypt and Sudan have long called for a political solution to the dispute, rejecting any unilateral action by Ethiopia.

The Nile, the world’s longest river, is a lifeline supplying both water and electricity to the 10 countries it traverses.

Its main tributaries, the White and Blue Niles, converge in the Sudanese capital Khartoum before flowing north through Egypt to drain into the Mediterranean Sea.