Sudan had previously proposed four-party mediation over the dam involving the African Union, the European Union, the United States and the United Nations. The proposal was not backed by Ethiopia.
The Arab Weekly
Wednesday 24/03/2021 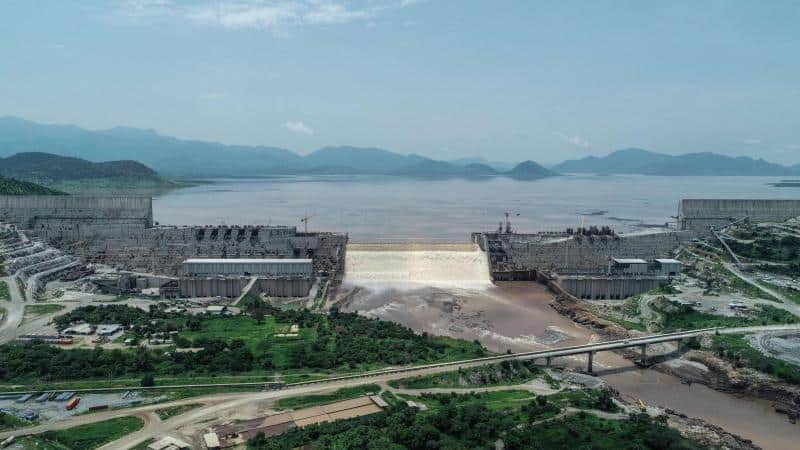 KHARTOUM–Sudan’s cabinet has backed an initiative for the United Arab Emirates to mediate in a dispute over Sudan’s border with Ethiopia, and over the Grand Ethiopian Renaissance Dam (GERD), the Sudanese information minister said on Tuesday.

Tensions surrounding the control of farmland in al-Fashqa, on the border, have escalated in recent months, while talks over the operation of the GERD, which will affect water volumes downstream on the Nile in Sudan and Egypt, are deadlocked.

Sudan’s transitional cabinet backed the proposal for Emirati mediation after it had been studied at ministry level, Information Minister Hamza Baloul said.

That suggestion had been backed by Egypt, the other party to the stalled talks, but not by Ethiopia, which says it supports renewed negotiations led by the African Union.

There was no immediate comment from Ethiopia or Egypt on the latest mediation proposal.

Ethiopia is expected to add water to the reservoir behind the giant hydro-power dam for a second year after seasonal rains start this summer.

Ethiopia says the dam is key to its economic development and power generation. Egypt fears it will imperil its supplies of Nile water while Sudan is concerned about the dam’s safety and about regulating water flows through its own dams and water stations.

Earlier on Tuesday, Ethiopian Prime Minister Abiy Ahmed reaffirmed in a speech to lawmakers that the reservoir would be filled again, putting the cost of delaying by a year at $1 billion.

“Ethiopia doesn’t have any intention to cause harm to Sudan and Egypt. But we also don’t want to live in darkness,” Abiy said.

Read Aloud:   At least 22 Ethiopians have been shot dead after police fired on protesters who accuse the ruling party of fraud in last month's elections

On Tuesday, he also said his country did not want war with Sudan.

“Ethiopia also has many problems and we are not ready to go to battle. We don’t need war. It is better to settle it in a peaceful manner,” Abiy told parliament in remarks translated into English for a live TV broadcast.

In recent weeks, Sudan has claimed to have regained control of large swathes of the al-Fashqa region, insisting it had always fallen within its boundaries.

Meanwhile, Addis Ababa accused Khartoum of having “invaded land that is part of Ethiopia’s territory”, warning it would resort to a military response if needed.

The tit-for-tat exchanges stoked fears of a wider conflict erupting between the regional rivals.