Since Dr. Abiy’s election to premiership, constant provocation and insubordination have been the hallmark of the TPLF’s dealings with the federal government. That these defiant and provocative behaviors were designed to create a political instability that would be severe enough to favor the return of the TPLF to its previous hegemonic position was a view shared by many observers and political actors. However, that these behaviors will culminate in an open and full-fledged military confrontation is an outcome that few, if any, had seriously contemplated. Witness the uninterrupted calls for talks and conciliation coming from various corners, even when real attempts at peace talks failed repeatedly. The many who hoped for a peaceful resolution of the conflict did so on the ground that neither the federal government nor the TPLF would be reckless enough to start a war whose end result can only be the devastation of the country, worse still, the termination of its existence, with the notable outcome that in both cases nobody emerges as a winner. 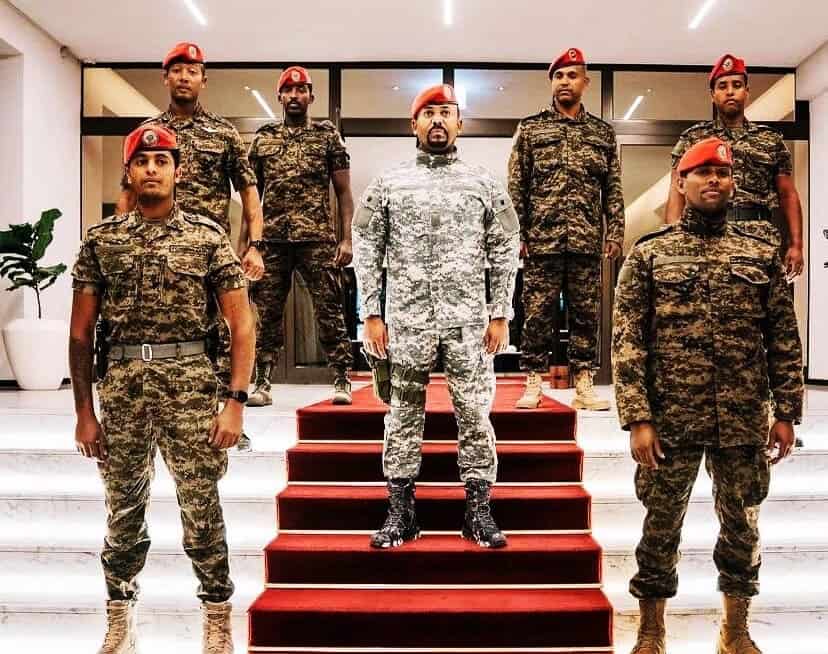 These predictable ominous consequences did not dissuade the TPLF from igniting the war. What the hope for a peaceful resolution of the conflict had missed was that the TPLF’s overconfidence in its military capability would not see the initiation of a military confrontation as a reckless move, given that its victory will be swift, decisive, and will come with low human and material costs.  Add to the overconfidence the mistaken interpretation of the softened responses of the federal government to the provocations as clear signs of its internal weakness and its fear of the military might of the TPLF.

To the surprise of everybody, the expectation of a swift and decisive victory quickly shifted to the federal government. The rapid victory of Ethiopia’s armed forces against a numerous, well-equipped, and well-entrenched rebellious force demonstrates their high level of professionalism and mastery of advanced military technology, just as it reveals a remarkable commitment to Ethiopian unity. There is no doubt also that the early involvement of Amhara special forces and militia has significantly contributed to the outcome, making it more into a military debacle than a mere defeat. We should also pay tribute to the diplomatic efforts of the federal government, even if they do not appear to succeed in the case of the Sudanese government. Without the sympathy of the Eritrean government to the cause of Ethiopia, the conduct of the war would have been harder.

However decisively the federal government prevailed militarily, it is not my intention to assert that the military debacle announces the final victory over the TPLF. Still less do I dare to affirm that Ethiopia is now entering a post-TPLF era. For one thing, the TPLF could very well revert to a guerrilla war that could be a continuous hurdle on the federal government. I admit that much of its success will depend on the support that the TPLF gets from the Tigrean people and some neighboring countries. As this stage, none of the two conditions can be considered as given. Its success also greatly depends on how wisely, but also firmly, Prime Minister Abiy handles the post-war situation both in Tigray as well as in the rest of Ethiopia.

More importantly, the end of military confrontations does not mean that Ethiopia inaugurates a new, post-TPLF era, for the reason that military defeat does not entail the politico-ideological defeat of the TPLF. So long as the current ruling elites continue to implement the political structure and the thinking left by the TPLF, the bare truth will simply be one of continuation rather than of shift toward a new policy.

Granted the precarious nature of all predictions that pertain to social developments, this much can said for the short term. 1) The defeat of the TPLF will undoubtedly strengthen the federal government and the political weight of the ruling political party, and this will certainly impact on the coming national elections. In particular, it upgrades the authority and legitimacy of the Prime Minister, who has now a freer hand to implement his program. 2) The drastic loss of the TPLF’s ability to pressure the federal government and impede its program will heavily affect other allied ethnonationalist movements, like the OLF. Without the financial, military, and political support of the TPLF, these movements have little chance of becoming a serious threat to the federal government.

One possible consequence could be the leaning toward a more authoritarian federal government.  Indeed, now that Dr. Abiy is victorious, the temptation is great for him to grab all power to the detriment of the promised democratic changes. It can even be argued that a turn toward a more authoritarian government could be justified, given the need to prevail over the many disruptive forces that are still at work as well as the urgency of building stronger institutions. The question is: in which direction will the Prime Minister move?

A second highly foreseeable consequence could be the outbreak of the ethnonationalist tendencies inherent in the ruling, Prosperity Party itself. Some such development would be in line with Ethiopian political history. As we have seen repeatedly, no sooner is a problem solved in Ethiopia than another hidden or subordinate problem comes to the forefront. Thus, removing Haile Selassie brought about the dictatorship of the Derg; eliminating the Derg resulted in the hegemony of the TPLF and ethnic federalism. What calamity is, then, likely to emerge, following the fall of the TPLF?

One real possibility is the unleashing of another hegemonic move, this time coming from the Oromo Prosperity Party. Indeed, on a closer look, what else is the military defeat of the TPLF but the elimination of a rival party in the competition for the control of the federal government? For those in the ruling party seeking the advent of Oromo domination in Ethiopia, the TPLF was a rival, just as are other Oromo ethnonationalist movements, like the OLF or the movement led by activist Jawar Mohammed. The only difference was that the TPLF was much harder to remove on account of its military force and its complete control of Tigray region. Now that this last obstacle has been dealt with, the push for Oromo supremacy can continue unabated.

One thing that is undeniable is the existence of a hegemonic aspiration within the Oromo component of the ruling party. It manifests itself in various ways, for instance, in the claim to incorporate Addis Ababa into Oromia, or in the declaration of the President of Oromia, Shimeles Abdisa, in which he stated the express goal of his party to achieve a dominant position. Likewise, this hegemonic aspiration is backed by the resolution to oppose anything that looks like a contributing factor to a possible Amhara renaissance. Thus, Taye Dendea, a high official of Oromo Prosperity Party, did not hesitate to characterize the issue of Amhara territories forcefully annexed by the TPLF as “a longing for territorial expansion.” Clearly, only the existence of a hegemonic project can explain the characterization of the issue as an expansion. Another example is the outright rejection of any revision of ethnic federalism, the allegation being that it is just an attempt to reinstate Amhara domination by a return to a unitary state.

As pointed out above, the realization of the mentioned possible developments depends on one variable, namely, Prime Minister Abiy’s choices. Whether the military victory translates into an authoritarian outcome is conditional on the way he handles his new-found power and legitimacy. It is also up to Dr. Abiy to use his new power to seriously engage in the work of defeating and uprooting the longing for Oromo hegemony within the ruling party.

I do not deny that the task is difficult in view of the fact that it will put Dr. Abiy under the tremendous pressure of Oromo elites. I even admit that an authoritarian twist could be the forced way to counter the hegemonic aspirations of Oromo elites, and thus preserve the integrity of the country. One thing is sure, however: things have now reach a point where Dr. Abiy has to decide. He either moves resolutely in the direction of squashing all hegemonic inclinations in the Prosperity Party, wherever they come from, or continue the path of the TPLF and repeat its mistakes.

The first choice is fraught with huge difficulties, but the path of a true nation-builder who wants to continue and deepen the reforms necessary to achieve peace and prosperity is obviously the path of Ethiopian unity. As I argued many times, provided some necessary revisions are made to the existing constitution, unity is not conditional on the dissolution of ethnic regions, but it definitely hinges on the repudiation of all hegemonic ambitions. Hegemony of one ethnic group, whichever it is, will plunge Ethiopia into extensive and bloody ethnic conflicts. The breakup of Ethiopia will loom large if the conflicts engulf the two major ethnic groups, namely, the Amhara and Oromo. The prevention of hegemony, by contrast, opens the road to peace and prosperity for the reason that conflicts, even if they are inevitable, will be reduced to countering and defeating extremist marginal groups, thereby avoiding any serious confrontation between major ethnic groups.