As a concerned Ethiopian, I requested your Excellencies, about a year ago to strip Abiy Ahmed Ali of his Nobel Peace Prize under “acts or omissions”, owing to the genocides and crimes against humanity committed against the people of Ethiopia under his watch, particularly the Amhara people, one of the major ethnic groups in the country, and Orthodox Christians, which includes people from different ethnic groups. I would like to appeal to you once again in the hope that you will seriously consider the matter and take appropriate action.

Over the past one year, Ethiopia has further descended in a downward spiral with daily massacres of innocent civilians under horrific circumstances and internal displacement, via ethnic cleansing, of millions of people across the country by different terrorist groups, particularly the Oromo Liberation Front (OLF). The Front is secretly supported materially, in arms, financially, and logistically by the Regional Government of Oromia led by Shimeles Abdissa, who is one of the closest allies of Abiy Ahmed Ali. It is utterly inconceivable that such considerable assistance is provided to the Front without the knowledge and blessings of Abiy Ahmed Ali.

As he affirmed through his actions and inactions over the past four years, Abiy Ahmed Ali has been using his Ethiopian Premiership not to lead the country but rather to work against it, in concert with his Oromia Prosperity Party (OPP) and the Oromia Regional Government, by weakening and destabilizing the institutions and national symbols of Ethiopia that have been built over thousands of years (e.g., the Ethiopian Orthodox Church, the National Flag, historic sites, the Amharic language, which Ethiopians have used as lingua-franca for thousands of years, etc.) in view of his and his party’s hidden agenda of founding an Oromo Republic. As such, the enormous support given to OLF by Abiy Ahmed Ali, his Oromia Prosperity Party, and the Oromia Regional Government is rooted in their shared vision of forming such a republic. Abiy Ahmed Ali is complicit or even possibly a part to the genocides and crimes against humanity that have been committed by OLF to this day. As mentioned in my earlier letter to you, Abiy Ahmed Ali a couple of years ago declared in a public gathering on camera that when he worked as the Head of the Ethiopian National Security Agency (ENSA) he clandestinely worked with OLF, a crime that would normally be considered treasonous.

Also read:  A heartbreaking image that raises a 1,000 questions?

During the recent war between the Ethiopian National Defense Forces (ENDF) and the defunct Tigray People Liberation Front (TPLF), Abiy Ahmed Ali personally called upon the people of the Amhara and Afar regions to stand alongside the ENDF, which they heeded and paid a considerable sacrifice in defeating TPLF that resulted in its retreat to the Tigray Region. It is important to emphatically state here that the Amhara and Afar people stood against TPLF, not because they supported Abiy Ahmed Ali’s Government, but because of TPLF’s atrocities in both regions and its public declaration that it would leave no stone unturned to disintegrate Ethiopia. In fact, a considerable number of Ethiopians believe that Abiy Ahmed Ali was in favor of the war between TPLF and the Amhara people, since that results in weakening the Amhara people, which his Oromo Prosperity Party (OPP) considers a roadblock for its hidden agenda of founding an Oromo Republic.

The recent civil war is one of the darkest moments in our long history. That said, however, the rise in self-defense and organization of the people of Amhara and Afar Regions was a silver lining in that both people would fight, to save our country, against both the TPLF and OPP, who are determined to found daydream “republics” by dismembering Ethiopia. 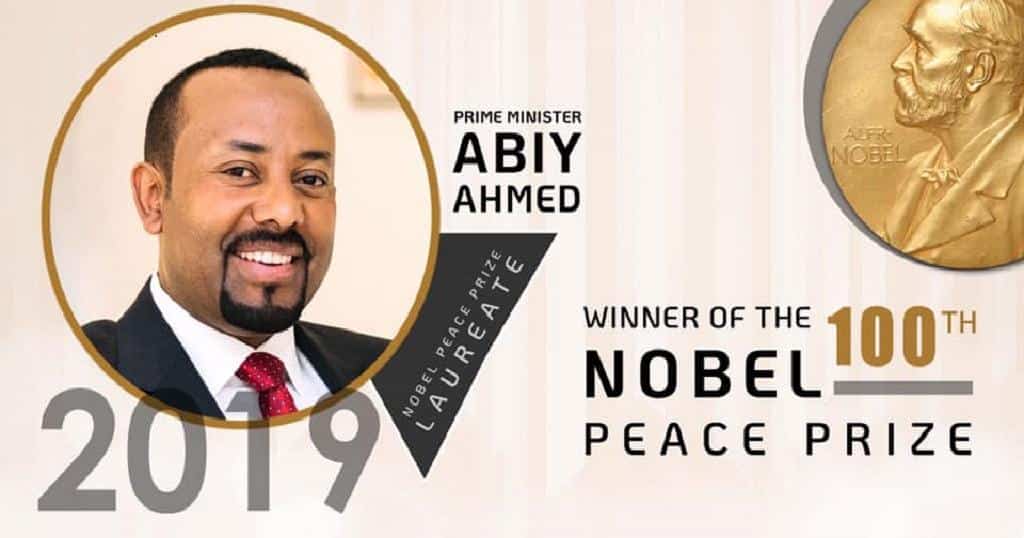 Abiy Ahmed Ali has recently been in a state of panic merely because of the unintended consequence of the war, which led to the rise and organization of the Amhara public. In a knee-jerk reaction, he has been leading a large-scale military campaign that involved his Republican Guard, intelligence agencies, the army, his subservient puppet Government in the Amhara Region, and the ragtag OLF army masquerading as ENDF by wearing in the latter’s uniforms against members of the Fano, who only organized themselves in self-defense against the atrocities of TPLF, to disarm and disband them. In addition, he has been dislocating the Amhara regional Special Forces and militias and arresting some of their members, including, among others, a military general and other military officers, who played a vital role in defeating TPLF during the war.

Furthermore, Abiy Ahmed Ali has arrested a large number of journalists, intellectuals, and social activists who exercised their freedom of expression and criticized his rule that has brought so much death, suffering, internal displacement, and destruction, as well as put the sovereignty of our nation in a perilous trajectory. During his brutal campaign, in which he committed his Machiavellian betrayal against the very people who he called upon during the war, many have been kidnapped by mafia-like plain-clothed agents who drive plate-less vehicles and taken to unknown locations in the capital Addis Ababa as well as in the Amhara Region, arrested, beaten, tortured, disappeared, and/or killed. The Government has officially declared that over 4,000 (four thousand) people have been arrested in the Amhara region alone (1), whereas the actual number is believed to be many-fold than the reported figure. There are also reports that Abiy Ahmed Ali is even using drones to attack and kill leaders of the Fano who rose and fought against TPLF following his call. As such, he has declared a war against the people of Ethiopia that he is supposed to lead, protect, and defend.

Also read:  UN Secretary-General's video message for the 15th anniversary of the Responsibility to Protect.

Abi Ahmed Ali is not a man of Peace and by any standard undeserving of being associated with the prestigious Nobel Peace Prize; he is a psychopath, narcissistic, narrow nationalist who has shaken the foundation of our ancient nation through his Machiavellian tactics and dictatorial rule in just four years during which genocide, crimes against humanity, intra- and inter-ethnic-and-religious groups divisions, and internal displacement of millions of innocent civilians have become daily phenomena. As a Prime Minister of Ethiopia, he is personally responsible for all the atrocious crimes committed under “acts or omissions,” either for orchestrating and/or being complicit to these crimes, or failing to fulfill his primary responsibility of protecting the Ethiopian people across the country.

It is understandable that our people must rise in unison and say “enough is enough” to his satanic rule and reverse the ominous specter of disintegration of our country. However, as a body that bestowed a prestigious Nobel Peace Prize on him, I appeal to you once again to look into the matter seriously, undertake fact finding measures to confirm the allegations made in this appeal and other similar reports, and take appropriate actions including from publicly condemning his actions and inactions to stripping his Nobel Peace Prize as soon as possible. By so doing, not only will you provide some measure of justice to our people and country, but also be on the right side of history.