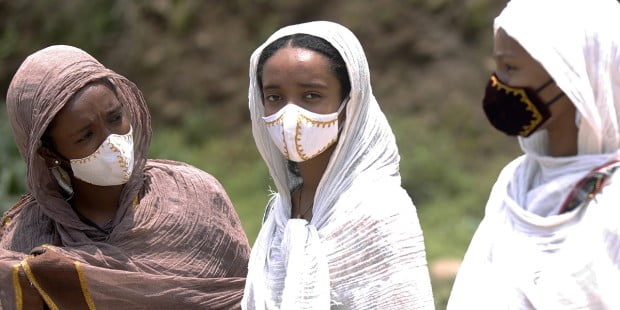 Muslim extremists armed with “armed with guns, machetes, swords and spears” have sought out Christians, according to an aid group’s report.

AChristian aid organization, the Barnabas Fund, is reporting that since June more than 500 Ethiopian Christians have been murdered in door-to-door attacks in the Oromia regional state of Ethiopia.According to the group’s report, “extremists arrived in cars and, armed with guns, machetes, swords and spears, sought out and slaughtered Christians.” The attacks were reportedly in retaliation for the alleged assassination of a poplar Oromo singer and political activist, Hachallu Hundessa.

The attackers are said to belong to the Oromo ethnic group, which is largely Muslim. Some of the militants reportedly had lists of Christians, and sought to kill anyone who had been particularly active in their church.

Witnesses told the Barnabas Fund that local police stood by and watched as the murders were committed, but that some Christians were reportedly saved thanks to the intervention of local Muslims who protected them.

The Barnabas Fund reported that local Christian businesses were also burned down, vandalized or destroyed.

In Dera, a witness described how the killers desecrated corpses by “dancing and singing, carrying the chopped or hacked body parts of those they slaughtered”. Another witness reported how the hacked bodies of an elderly Christian couple, who were beaten to death in their home, were dragged through the streets in Gedeb Asasa.

Hundessa’s murder on June 29 unleashed a wave of political protest and violence across the Oromia region. According to the Guardian the deadliest conflict was in two parts of Oromia — Bale and Arsi — where “that violence took on an anti-Christian inter-communal violence follows religious lines, pitting Muslim and Christian Oromos against each other.”