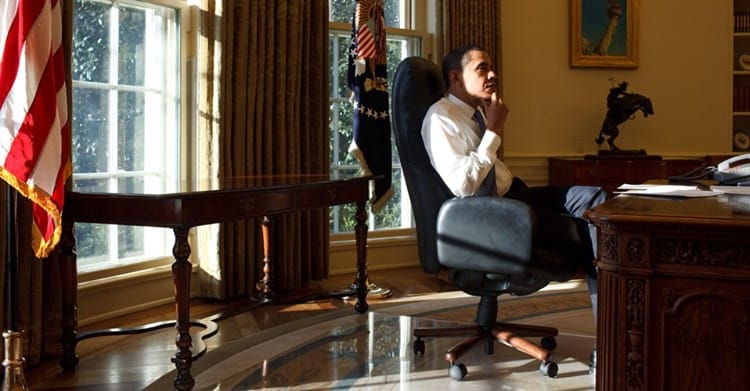 I wrote my book for young people—as an invitation to bring about, through hard work, determination, and a big dose of imagination, an America that finally aligns with all that is best in us.

The Atlantic is pleased to offer, below, an adapted and updated excerpt from former President Barack Obama’s new memoir, A Promised Land, which will be published on Tuesday by Crown. Yesterday, The Atlantic’s editor in chief, Jeffrey Goldberg, sat down with President Obama to conduct the first interview for publication that he has given about the writing of his book, his time in office, and his analysis of the current political moment. The extensive interview will be posted on Monday. In the excerpt below, Obama writes about his undiminished belief in the American idea, and about the impetus to put his presidency down on paper.

At the end of my presidency, Michelle and I boarded Air Force One for the last time and traveled west for a long-deferred break. The mood on the plane was bittersweet. Both of us were drained, physically and emotionally, not only by the labors of the previous eight years but by the unexpected results of an election in which someone diametrically opposed to everything we stood for had been chosen as my successor. Still, having run our leg of the race to completion, we took satisfaction in knowing that we’d done our very best—and that however much I’d fallen short as president, whatever projects I’d hoped but failed to accomplish, the country was in better shape than it had been when I’d started.

For a month, Michelle and I slept late, ate leisurely dinners, went for long walks, swam in the ocean, took stock, replenished our friendship, rediscovered our love, and planned for a less eventful but hopefully no less satisfying second act. For me, that included writing my presidential memoirs. And by the time I sat down with a pen and yellow pad (I still like writing things out in longhand, finding that a computer gives even my roughest drafts too smooth a gloss and lends half-baked thoughts the mask of tidiness), I had a clear outline of a book in my head.

First and foremost, I hoped to give an honest rendering of my time in office—not just a historical record of key events that happened on my watch and important figures with whom I interacted but also an account of some of the political, economic, and cultural crosscurrents that helped determine the challenges my administration faced and the choices my team and I made in response. Where possible, I wanted to offer readers a sense of what it’s like to be the president of the United States; I wanted to pull the curtain back a bit and remind people that, for all its power and pomp, the presidency is still just a job and our federal government is a human enterprise like any other, and the men and women who work in the White House experience the same daily mix of satisfaction, disappointment, office friction, screwups, and small triumphs as the rest of their fellow citizens. Finally, I wanted to tell a more personal story that might inspire young people considering a life of public service: how my career in politics really started with a search for a place to fit in, a way to explain the different strands of my mixed-up heritage, and how it was only by hitching my wagon to something larger than myself that I was ultimately able to locate a community and purpose for my life.

This article is excerpted from Obama’s forthcoming book, A Promised Land.

BARACK OBAMA was the 44th president of the United States.