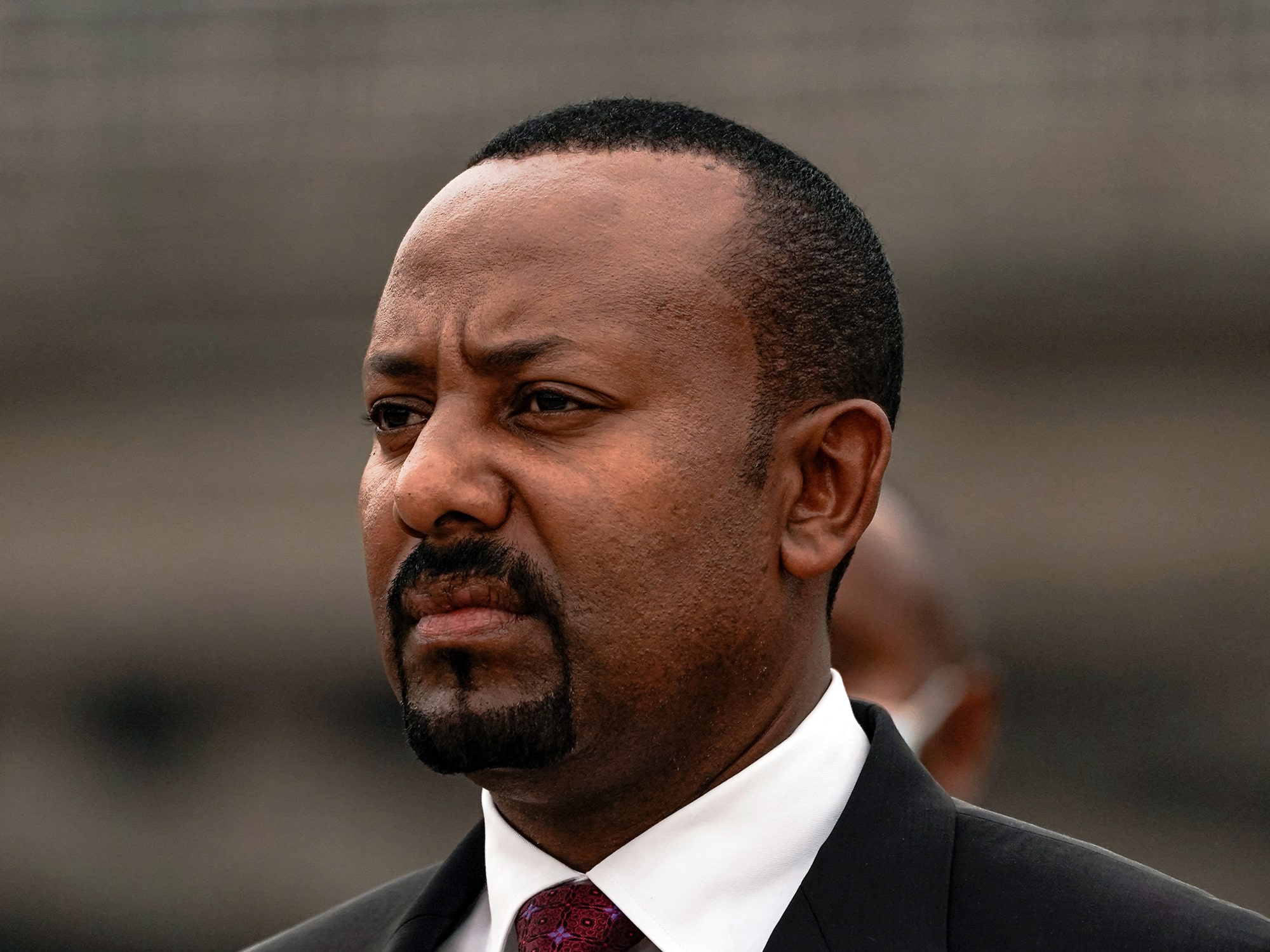 It has now been almost three years since the Norwegian Nobel Committee announced Abiy Ahmed as the recipient of the 2019 Nobel Peace Prize “for his efforts to achieve peace and international cooperation.” Abiy received international plaudits. CNN called him a “modern day African leader.” Other African leaders congratulated him on twitter.

Terrence Lyons, a professor of conflict resolution at the Carter School, praised other aspects of Ethiopia’s tremendous progress under Abiy. He released political prisoners and opened political space. “Political prisoners were released, the repressive civil society law scrapped, and independent media rebounded. Exiled movements that had been labeled as terrorists – such as Ginbot 7, the Oromo Liberation Front, and the Ogaden National Liberation Front – agreed to end their armed struggles and returned to Ethiopia and registered as political parties,” Lyons explained. He continued to report that Abiy had strengthened civil society and laid the groundwork for a Truth and Reconciliation Commission to explore the abuses of previous regimes. As important, Ethiopia began to meet its economic potential as an African giant.

From Promise to Pariah

Today, that promise is gone. The Nobel Committee may not be able to revoke its prize, but it chastised Abiy in a way that exceeded admonishments of other recipients whose commitment to peace eventually waned.

Abiy and his partisans believe such criticism is unfair. He and his supporters grow frustrated that the international community largely discounts their narrative surrounding the start of the Tigray War and its conduct. Too often, this frustration manifests itself in either personal attacks or conspiracy theories, both of which exacerbate Abiy’s relationship with the broader international community. It may be satisfying to blame others, but it is immature. If Abiy wants to know how he lost the world, he need only consider his own actions.

Alas, he is unwilling to do this. Earlier this month, I had the opportunity to sit in on a conversation with an Ethiopian Cabinet-level official and ask him what lessons the Abiy government had learned from the past two years of civil war. After all, there are two major parties to the conflict, and to suggest the fault rests solely with Abiy’s enemies is not realistic. Even if Abiy believes truth is fully on his side, responsible political and military leadership should constantly assess and adjust tactics. Abiy’s does not, for the simple reason they do not acknowledge mistakes.

This could suggest many dynamics, none of which is good for Ethiopia. First, Abiy may truly be unable to recognize the error of his ways. He may have a messiah complex and believe that he can do no wrong. Second, Abiy may so terrorize those around him that they either self-censor or fear contradicting their boss. In a sense, this was the dynamic at play when Saudi Crown Prince Mohammed bin Salman allegedly ordered the murder of Washington Post columnist and Muslim Brotherhood activist Jamal Khashoggi. That many long-time visitors to Ethiopia report public fear approaching what Ethiopia experienced under the Derg should raise alarms.

Also contributing to the collapse of Abiy’s reputation has been the Ethiopian government’s over-the-top response to criticism and its ineffective diplomacy. Too often, Abiy and his regime substitute volume for substantive engagement. The Ethiopian Embassy in Washington, D.C. is a non-entity. Its diplomats are less active than those of countries a fraction of Ethiopia’s size.

Rather than engage professionally, the Abiy regime prefers to rely on trolls. Such tactics always backfire. They did not work for Somalia’s Mohamed Farmajo or Turkey’s Recep Tayyip Erdogan. Rather, online polemics became self-defeating as the leaders themselves began to confuse paid and imaginary courtiers with legitimate opinions. Trolls seldom change the opinion of policymakers for the simple reason that the latter do not spend their time online, let alone on a platform prone to manipulation and dominated by anonymous persons.

For the Ethiopian government to use trolls to punish opinions it dislikes also backfires because it antagonizes rather than changes minds. If Abiy’s government believed in the justice of its cause, it should be able to use facts to cajole and convince rather than simply lob insults. Perhaps Abiy believed he could use trolls to attack diplomats, foreign analysts, and academics, and then conduct business as usual through official channels. This fools no one. When government-paid trolls throw fireballs, it reflects on all serving Ethiopian diplomats and ministers. It disqualifies them in the court of normal relations.

Perhaps one of the reasons for Abiy’s slash-and-burn diplomatic strategy is a mindset that exaggerates Ethiopia’s importance to non-Ethiopians. At its core, Abiy treats anyone who does not agree completely with him as an enemy. Here, he repeats the experience of Erdogan, Turkey’s president. The West once saw Erdogan as a moderate and a bridge-builder. But years of dismissing even mild criticism as evidence of affiliation with terrorist groups backfired. Rather than being silenced, Abiy’s critics, diplomats, and even his earlier cheerleaders began to question his grip on reality. He antagonized so many figures at home and abroad that today he can rely only on his own family.

It is also incorrect to adopt the “with us or against us” mindset for domestic politics. When Abiy supporters suggest criticism of his conduct of the Tigray war means affinity for the Tigrayan People’s Liberation Front (TPLF), he appears paranoid if not a loon. That his supporters suggest criticism of Abiy and partiality toward the Tigryans is racist does Abiy no favors. It makes as much sense as suggesting that support for Ukraine over Russia is motivated by anti-white sentiment.

Abiy may be frustrated that the world in general and Washington, in particular, do not share his conclusions about the TPLF as a terrorist group. Arguments that the TPLF is to Addis Ababa what al Qaeda is to Washington are ridiculous. The TPLF was the dominant party in Ethiopia’s governing coalition from 1991 to 2018. While Abiy is correct that the TPLF committed human rights abuses during its rule – one in which he participated both as director-general of the Information Network Security Agency and later as a minister – simply reclassifying political rivals as a terrorist group and then growing angry when the international community does not follow suit is self-defeating. Even if the TPLF was a terror group, there is no justification for the collective punishment and mass starvation that Abiy has directed. Increasingly, Abiy’s vitriol toward the TPLF appears to be a projection or his own mindset, and not rooted in reality.

Abiy’s arguments fail to resonate in other ways. His supporters say the TPLF fired the first shots on Nov. 3, 2020, when Tigrayan forces attacked the Northern Command headquarters. But the speed and scale of the Ethiopian reaction suggest prior planning on Abiy’s part. This in turn leads foreign analysts to interpret Tigrayan action as pre-emption rather than aggression.

Allies also matter. To make peace with Eritrean dictator Isaias Afwerki is one thing; to collaborate actively with him is another. That Abiy appears to have blessed a foreign invasion of Ethiopia is treasonous on its face. Abiy’s alliance with former Somalian President Mohamed Farmajo, a man who collaborated with Al-Shabaab and sought to extend his own term illegally, is almost as stigmatizing. Friends matter. Simply put, Abiy’s hatred led him to the disqualifying embrace of rogues. He may blame the outside world, but he took that journey of his own accord.

The Problem is Abiy, not Ethiopia

Abiy embraces the attitude, l’état, c’est moi, but he is wrong. Ethiopia is a great nation. It is not a single man. Abiy’s campaign in Tigray has been a disaster. It should mark the end of Abiy’s rule, but that does not mean an end to Ethiopia – unless Ethiopians continue to follow Abiy on his suicide mission. Here, an Iraq analogy is useful. In the 1980s, Saddam Hussein slaughtered the Iraqi Kurds in the Anfal genocide. Rather than divorce Iraq completely, Iraqi Kurds still mark Iraqi Army Day each year on Jan. 6. To date, they realize Saddam was the problem, but see the Iraqi Army as an institution to respect.

A year ago, Abiy might have used external diplomacy to shield himself from accountability for his own actions. Today it is too late. He has condemned himself and Ethiopia to pariah status, and has become an impediment to both peace and to Ethiopia’s efforts to secure an influence commensurate with its size, history, and economic potential.

Abiy may persevere as Robert Mugabe did, but Ethiopia will pay the price, just as Zimbabwe did. The simple reality is the United States, European Union, and many African countries no longer see Abiy as redeemable. For peace and prosperity in Ethiopia, the only course of action is Abiy’s exit. If, when, and how that happens will be a question for Ethiopians only. The lone certainty is that Abiy’s legacy will be shaped less by his Nobel Prize and more by the revelations of a future Truth and Reconciliation Committee.

5 thoughts on “How Ethiopia’s Abiy Ahmed Lost The World”