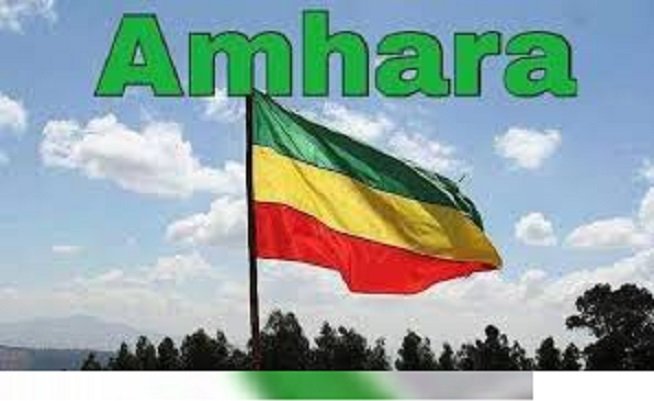 It is unfortunate and embarrassing  the world heard when the leader of the ruling party of Ethiopia, who is considered as Mosses and sometimes as Messiah by his scrotum lifters, when he said, “we Ethiopians cannot practice justice because we are too far from justice.” He belittled and ridiculed the past, the current and the future generation not because he does not know what  the bible, the Koran, Herodotus and world history have said about justice and Ethiopians, but he wanted to release his former masters and please his Western lords.

It is known the current rulers of Ethiopia grew up in the kitchen of the Ethiopian Peoples Revolutionary Democratic Front (EPRDF), a barbaric front known for robbery, lie, treason, bribe, crime against humanity and genocide, but most of us grew up in God fearing and just society. Unfortunately, though, some of us have turned to shameful scrotum liters of EPRDF leaders betraying the victims they massacred, tortured, starved, displaced, and robbed.

Who are the shameful scrotum lifters anyway? Societies express events, beauty, and personalities in variety of ways. I borrowed the expression “scrotum lifter” from the people of Pakistan. Sorry, you might blush, as I did when you hear this expression for the fist time. However, the message it carries strongly counteracts the flushing and sweating you may experience from blushing. The Pakistani people apply this phrase to those who empower the heinous and liar dictators.

Literally, scrotum lifting asserts the existence of a plunged scrotum that necessarily requires the hands of opportunistic or symbiotic creatures for support. According to Pakistanis’ culture, a plunged scrotum describes the nature of ruthless and liar dictators as the phrase scrotum lifter expresses supporters of the deceitful rulers.

For scrotum lifters, individuals with deeply plunged scrotum are heroes and visionaries. In other words, scrotum lifters perceive heroism in conjunction with  deception. On the other hand,  for most humane societies and for the philosopher Andrew Bernstein heroism is a universal concept which is deeply embedded on moral values, intellect, spirituality, truthfulness, and humble steadfastness.

Therefore, heroism has nothing do to do with killing, robbing, cheating, and lying.  Heroism is not rooted in muscles, lies or bizarre emotions.  Modern heroism streams from a pen point (not a barrel of gun),  intellect (not emotions), reason (not insanity), loyalty (not treachery), and dignity (not shamelessness).

Heroism goes with mental and spiritual wealth not with material fantasy or artful deception. The stories about Socrates of Greece, His holiness Abune Petros of Ethiopia, Martin Luther King of America,  Rosa Parks of America, and Eskinder Nega of Ethiopian and many other heroes and heroines are prototype heroic histories.

For the last 30 years, Amaras have been the targets of deceitful and ruthless rulers who suffer from inferiority complexes. Amaras have been thrown in cliffs, chopped their necks, stabbed their pregnant bellies, sterilizes in prisons and communities, and displaced in millions from the country their forefathers established and protected.

Habitual Scrotum Lifters: These are groups of lifters who will never remove their fingers from their deceiptful masters’ scrotums. They do not get tired of lifting the fallen scrotums no matter how extensively they have swollen or how low they have fallen between their masters’ thighs.  In fact, in most of the cases, you may see these dedicated lifters competing each other to lift the fallen scrotum as their compensation depends on the quality and quantity of the  lifting services.  The habitual scrotum lifters always try to justify genocide,  ethnic cleansing, imprisonments, torture, harassments, embezzlements, and many other atrocities committed by their  masters. They serve their masters in the name of advisors, ministers, judges, intelligent agents, ambassadors, religious leaders, professors, journalists, businessmen, singers, mediators, and other “pseudo-professions”.

Seasonal Scrotum Lifters: These are groups of scrotum lifters, who elevate the scrotum of these ruthless dictators and liars to seize opportunities at the expense of principles and truth. The seasonal scrotum lifters raise the sunken scrotums of these liar dictators on certain occasions such as international criminal court proceedings and human rights organizations’ criticisms. Standing on the coffins of the massacred victims, the seasonal scrotum lifters praise the ruthless and deceitful dictators as visionaries and captains of Noah’s ships.

The ruthless dictators and their scrotum lifters dreadfully suffer from famine of moral values, intellect, reason, truthfulness, and many other conscientious human attributes. As a result,  they have denied the continued Amara genocide and ethnic cleansing as they have been denying it for the last 30 years.

Hello, the scutum lifters of  EPRDF: Are not you tired of lifting the scrotum of the apartheid EPRDF? Do not you see the Amaras still in deep mourning and dark clothes because they lost their loved ones as a result of the ongoing genocide and ethnic cleansing? Do not you see hundreds of thousands of Amaras sleeping on the streets of Ethiopia because they were displaced by barbarians supported by the regional security apparatus of EPRDF? Have not you heard the voices of tens of millions of Amaras being threatened  to leave from certain regions of the country because they are considered as settlers in the very county their forefathers established and defended? Have not you seen millions of Amara children disproportionately dying from starvation and preventable communicable diseases while you the scrotum lifter Amara intellectuals are lifting the swollen scrotum of the apartheid rulers who are partly or wholly responsible for the continued Amara genocide and ethnic cleansings?

The genocide and ethnic cleaning of Amaras will continue in different parts of the country, not only because of the evil actions of the ethnic apartheid EPRDF rulers, but also because of  the strong support of the intellectual Amara scrum lifters.

5 thoughts on “High Time for Amaras to Unite Strongly and Resist the Apartheid Rulers and Their Scrotum Lifters!”