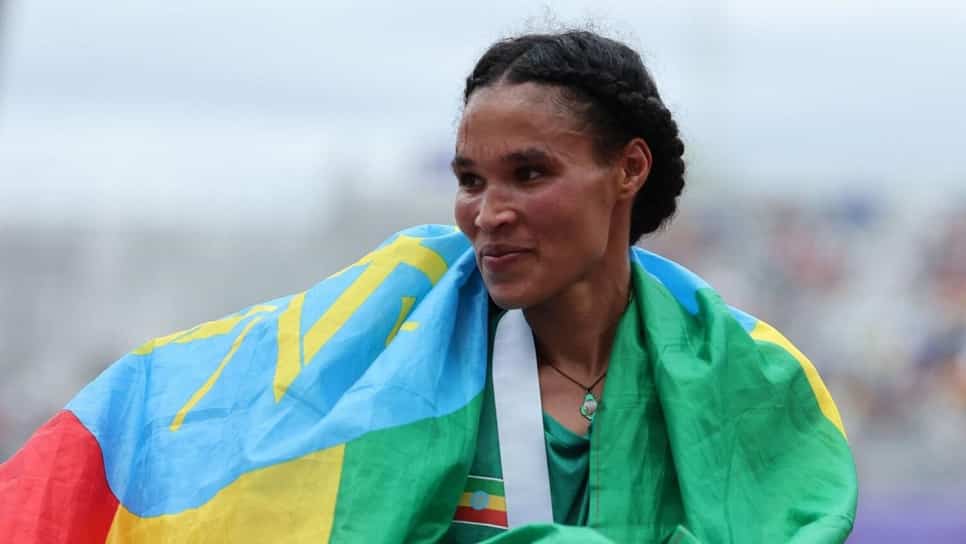 Gidey, the world record holder over the distance, hit the last 400m of the 25-lap race at Eugene’s Hayward Field in complete control and crossed the line with a savage dip in a winning time of 30min 09.54sec.

In overcast, warm conditions, Britain’s Eilish McColgan, whose mother Liz won the event in the 1991 world championships, took up the early runing before Japan’s Ririka Hironaka headed to the front of the pack.

The women averaged 73-second laps as they went through the 5km mark in 15:19. The pack remained bunched, poised for someone to take the pacing by the scruff of the neck. 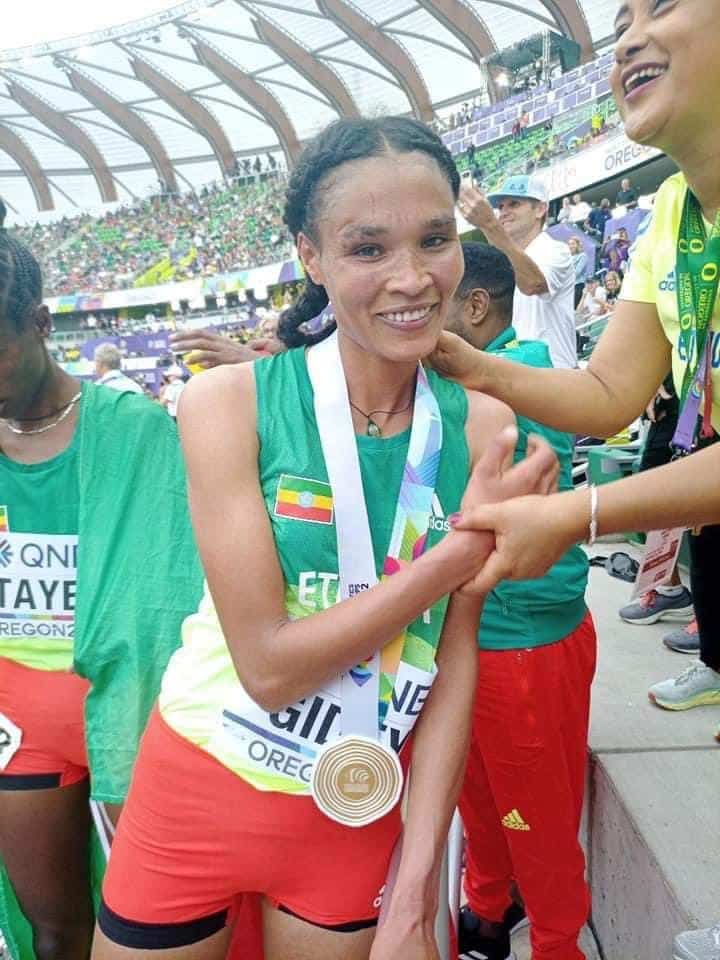 McColgan found hersef back in front, but not forcing the cadence and soon fell back.

The Ethiopian pair of Gidey and Ejgayehu Taye made a move with eight laps to run, Hassan content to sit back in the pack far from the pacesetters.

As the field started to string out, the pack was whittled down to nine wth four laps to go.

The Dutch runner made her move at 200 metres, her usual outside shoulder charge.

But Gidey, a silver medallist at the 2019 worlds and bronze medal winner at the Tokyo Games, responded and Hassan faltered in her wake.

Gidey was made to work to the line, however, under pressure from the fast-charging