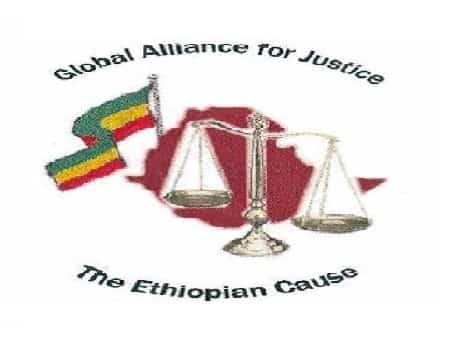 The history behind the Graziani massacre, GAJEC’s objectives and the need to coalition build with other communities to build awareness in order to help advance the cause of justice was discussed.

GAJEC also featured a documentary produced by Mr. Solomon Kibriye on the history of The Yekatit 12 Massacre. The documentary was released as a special episode under Mr. Kibriye’s Tarik Amba podcast series. Those of you who missed the live viewing may watch it here: https://youtu.be/xxzTvivO9QI

On November 5, 2022, the Global Alliance for Justice: The Ethiopian Cause (GAJEC) appointed Mr. Solomon Kibriye, CSE as Co-Executive Director & General Secretary. Mr. Kibriye is a long time resident of New York City and currently serves as the Editor for Ethiopian Affairs for Orthodox Cognate Media, the leading pan-Orthodox Christian on-line news publication. He is also the Founder & Host of Tarik Amba, a podcast series which focuses on Ethiopian history.

Solomon Kibriye has served as deacon at the Ethiopian Orthodox Tewahedo Church of Our Savior in New York City since 1985, and worked in the legal departments of leading financial institutions for the past two decades. He is active in several community organizations in New York and has contributed to both cultural and political activist efforts in connection with the interests of the Ethiopian diaspora community.

Mr. Kibriye was awarded the Star of Honor of Ethiopia, Commander Grade, by HIH Prince Ermias Sahle Selassie on behalf of the Imperial Crown Council of Ethiopia in 2019.

GAJEC would like to take this opportunity to thank all support groups throughout the world including those in Italy and Ethiopia which commemorated Yekatit 12 Martyrs Days and/or the Ethiopian Victory at the Battle of Adwa. Please continue to keep us informed of any and all activities in pursuit of justice for the atrocities and war crimes committed against Ethiopia and Ethiopians from 1935-1941. It is important to remember that during this dark period, the massacre and genocide by the then Fascist Italian Government with the complicity and support of the Vatican led to the brutal death of over 1 Million Ethiopians including women and children, the destruction and demolition of over 2,000 churches, 525,000 homes and the death of over 14,000,000 livestock.

Since its inception in 2005, GAJEC has been relentlessly advocating to accomplish the following:

Please visit our website http://www.globalallianceforethiopia.net/ and make sure to sign our petition in order to help GAJEC accomplish its goals of ensuring justice is served to Ethiopia and the Ethiopian people. We are counting on your support to help us reach 100,000. Please see the link below to sign the petition https://www.gopetition.com/petitions/vatican-apology-for-ethiopian-holocaust.html

GAJEC publicly asks the Ethiopian Government to take firm action to achieve the call for justice required for the Ethiopian people with regard to the genocidal war crimes perpetrated by Fascist Italy with the Vatican’s Complicity.

GAJEC Asks for Reparations, an Apology from the Vatican and Restitution of Looted Properties

GAJEC publicly asks the Italian Government to pay fair and equitable remuneration to the Ethiopian people and to restitute looted properties in addition to demolish a mausoleum and public park built in ‘honor’ of the butcher Rodolfo Graziani . GAJEC also asks the Vatican to apologize for its support and complicity in the then Fascist Italy’s invasion of Ethiopia from 1935-1941. Please find a detailed report by Lij Kidane Alemayehu attached on the Vatican’s complicity of the then Fascist Government of Italy’s invasion of Ethiopia and genocide against Ethiopians. This well researched paper by Lij Kidane Alemayehu presents the factual basis on which GAJEC seeks an apology from the Vatican as well as the repatriation of looted Ethiopian properties which are currently on display in its library.

GAJEC publicly asks the UN to acknowledge the use of mustard gas, war crimes and genocide committed against Ethiopians and to include the Ethiopian Genocide in its Historical Genocide Records & Archives.

GAJEC’s struggle for the pursuit for justice for Ethiopia and her people will continue! 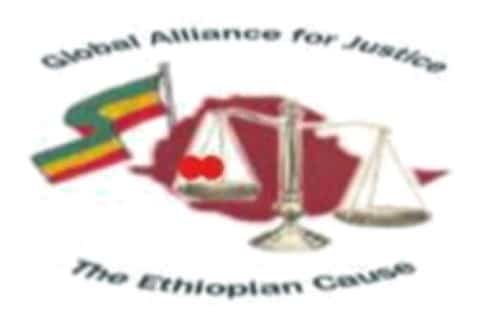 Global Alliance for Justice – The Ethiopian Cause