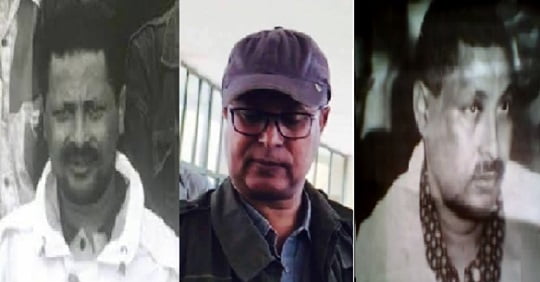 ADDIS ABABA (Reuters) – The former head of Ethiopia’s intelligence service was charged in absentia on Tuesday with misuse of power and corruption, part of a crackdown by Prime Minister Abiy Ahmed’s government on senior security officials suspected of rights abuses.

Details of the two charges against Getachew Asefa, former head of the National Intelligence and Security Service, and 25 other defendants ran to 106 pages.

Getachew is accused of torture, causing deaths during interrogations and detaining members of opposition groups – at a time when they were labeled terrorist groups and banned under the previous government.

Four of those charged, including Getachew, are missing; the charge sheet says they are hiding in the Tigray region. The rest are in custody.

The men have not yet entered a plea.

After taking office a year ago, Abiy promised to clean up state-owned firms and the military. Dozens of officials who served under the previous government have been arrested and charged with abuse of office and corruption.

Last month Ethiopian authorities arrested 59 government officials on suspicion of corruption and economic sabotage and 60 were arrested in November, including the former head of military-industrial conglomerate METEC.

Former Prime Minister Hailemariam Desalegn, from the Wolayta ethnic group, was forced to step down last year after three years of sporadic, deadly protests. Abiy is from the same ruling coalition, but comes from the larger Oromo ethnic group, which was at the forefront of the protests.

Ethiopia, a country of more than 100 million people, is Africa’s fastest-growing economy but it continues to be rocked by sporadic, deadly ethnic violence. There are nearly 3.2 million people internally displaced, according to the United Nations.