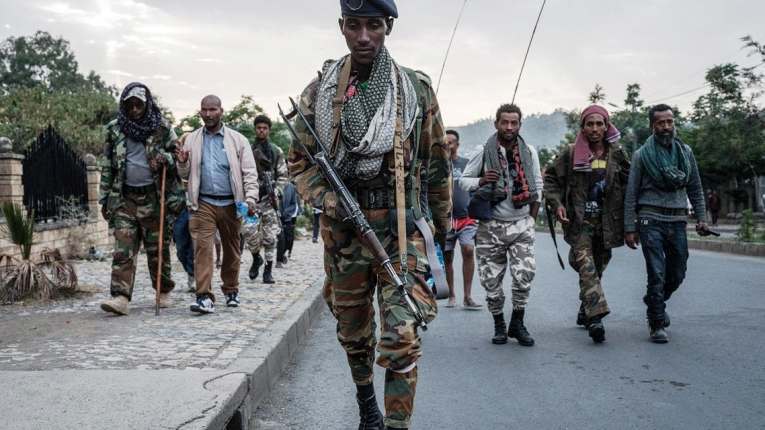 June 28, 2022 (ADDIS ABABA) – The Ethiopia Tigray People’s Liberation Front (TPLF) has denied allegations that its forces executed seven Sudanese soldiers and a civilian inside the Horn of Africa nation’s territory.

Sudan on Sunday said Ethiopia killed its soldiers and a civilian who were prisoners of war and displayed their bodies to the general public.

But the Ethiopian Foreign Affairs ministry, in a statement, said that the “tragic incident” took place inside the Ethiopian territory following an attack carried out by Sudanese troops with the support of “elements of the terrorist TPLF”.

The TPLF is a left-wing ethnic nationalist paramilitary group, banned political party, former ruling party of Ethiopia, and designated as a terrorist organization by the Ethiopian government.

The group, in a statement issued on Wednesday, dismissed is alleged involvement in masterminding horrific massacres against civilians in Gambella region and elsewhere.

“In reality, members of the [Ethiopian] regime’s security forces have been captured on tape brutally executing civilians in all regions in a broad daylight on many occasions,” partly reads the statement.

It accused the government under Prime Minister Abiy Ahmed of millions “forcibly” displacing millions of the population from their homes, while hundreds of thousands have been killed and most parts of the country inaccessible by citizens.

The genocidal war on Tigray, the most glaring expression of the Abiy regime’s destructive obsession with using force to settle political differences, has unleashed a cascade of events that threaten the survival of Ethiopia as we know it,” the group said.

Meanwhile sources said Sudan has filed a formal complaint with the United Nations Security Council over the killings.

In recent years, tensions between Sudan and Ethiopia have run high in because of a spillover of the conflict in Ethiopia’s northern Tigray region and Ethiopia’s construction of a giant hydropower dam on the Blue Nile.

Tens thousands of refugees have fled into eastern Sudan and there have been military skirmishes in an area of contested farmland along Sudan-Ethiopia border.