Since early in the morning hundreds of thousands of residents of Addis Ababa have flocked to Emperor Menelik Square at Piasa to attend the celebration of the 126th Anniversary of the Victory of Adwa.

Many took to streets dressed in traditional outfits and colorful T-Shirts painted with Emperor Menelik and the Empress Taitu and other many Ethiopian patriots who bravely fought against the Italian invaders at the battle of Adwa.

Patriots, veterans, religious leaders, high level government officials, and members of the diplomatic community have attended the celebration in the vicinity of Menelik Square at the heart of the capital.

Equestrians,  youths and students from several schools from the capital staged traditional plays depicting the march of Ethiopians towards the battle of Adwa.

Major cities and towns throughout the country have also witnessed colorful celebration of the victory day.

The Victory that Ethiopians gained over Italian invaders on March 1, 1896 at the battle of Adwa served as an inspirational phenomenon that inspired Africans, Latin Americans and others who were under operation to start global movements against colonialism and ensure their independence and freedom. 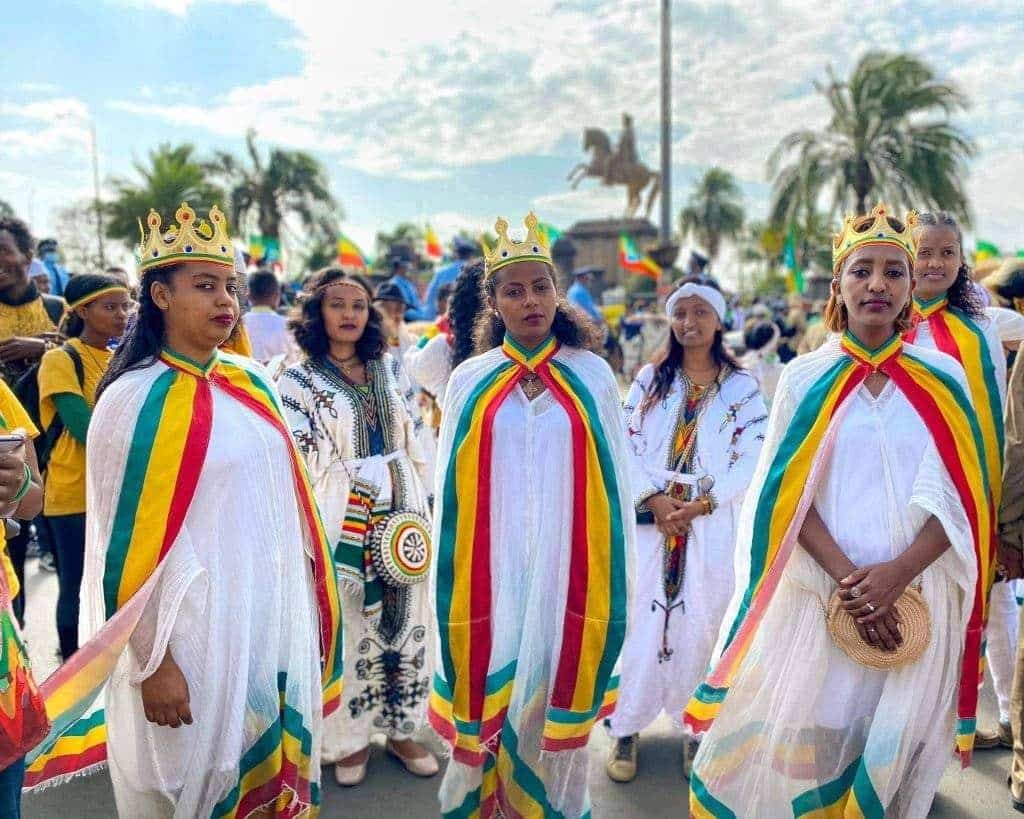