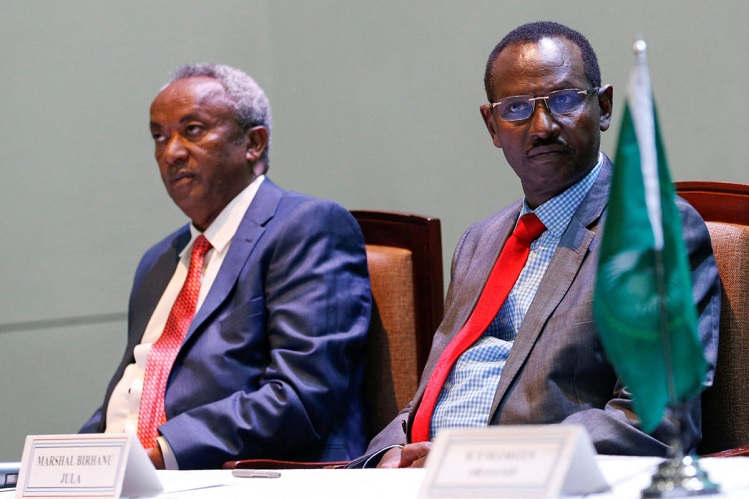 (AP) — A joint committee of the Ethiopian government and Tigray forces has convened inside the Tigray region to outline disarmament plans as part of a peace deal signed last month in the two-year conflict, Ethiopia’s government said Thursday.

Ethiopia’s conflict has seen more casualties than the war in Ukraine, United Nations Secretary-General Antonio Guterres said Thursday on a visit to the country to meet with Prime Minister Abiy Ahmed.

Estimates by some health workers and academics say hundreds of thousands have been killed.

Ethiopia’s Government Communication Service said in a tweet that the committee started work Wednesday in the town of Shire. It is the first time both sides have officially held talks inside Ethiopia since the fighting began.

The peace agreement says Tigray forces will be disarmed within 30 days of the Nov. 2 signing, and Ethiopian security forces will take full control of “all federal facilities, installations and major infrastructure such as airports and highways within the Tigray region.”

However, Tigray officials say disarmament cannot start until Ethiopia’s government has removed fighters who have come from Eritrea and the neighboring Amhara region.

Tadesse Werede, commander of the Tigray forces, last month told reporters that “with these (Eritrean and Amhara) forces’ continued presence, it is difficult to even think about a disarmament issue.” Tigray officials were not immediately available for comment Thursday.

Ethiopian officials have not said whether fighters from Eritrea and the Amhara region are leaving Tigray. Neither is part of the peace deal. Last week, the African Union envoy helping to mediate the talks, Olesegun Obasanjo, openly called for the withdrawal of “foreign troops.”

Sources inside Tigray have alleged to The Associated Press that allies of Ethiopia’s military are looting and carrying out mass arrests inside the region.

Aid groups and Ethiopia’s government have said aid is reaching some parts of Tigray that were inaccessible in the past. Ethiopia’s communication service said three corridors are now being used to transport much-needed aid, but large parts of Tigray remain without electricity, internet or banking services.

After Guterres met with Ethiopia’s prime minister in Addis Ababa, the U.N. said Guterres “is fully committed to mobilizing the entire U.N. system to provide humanitarian support to all those who need it.”