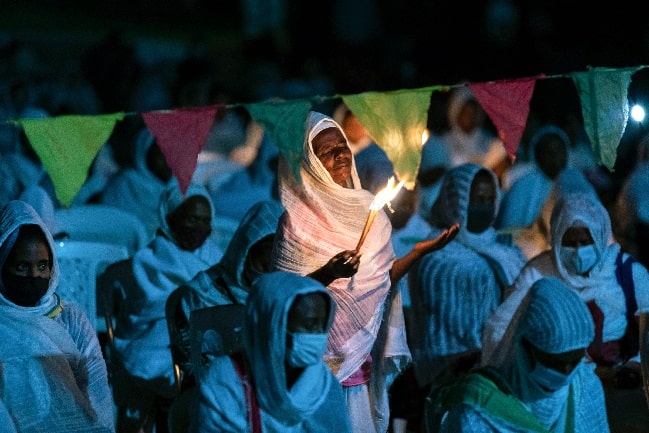 Tensions in the northern Ethiopian region of Tigray escalated Friday with reports the Ethiopian Air Force bombed military facilities there.

Abiy did not mention casualties, but he called the strikes the “first round of operation” against the region’s government, the AP reported.

He said the strike would continue “until the junta is made accountable by law,” AP reported.

There has been no official response from the Tigray government.

Thursday, Ethiopia’s parliament validated a six-month state of emergency in the rebellious northern Tigray region, where the federal government has launched a military campaign despite international pleas for negotiation to avoid a civil war.

On Wednesday, Abiy ordered troops into Tigray in response to a deadly attack on a federal military base in the regional capital, Mekele. Abiy’s administration blames the Tigray People’s Liberation Front (TPLF), which controls the regional government, of authorizing the attack.

In a brief national address, Abiy spoke of “several martyrs” from Monday’s attack on the federal military base in Mekele and vowed to put down “traitorous forces,” including in the well-armed TPLF.

The president of Ethiopia’s Amhara region, Temesgen Tiruneh, said Thursday that regional and federal special forces had regained control along the border with Tigray. He also said some TPLF troops had surrendered.

War could be ‘disastrous’

“This war is the worst possible outcome of the tensions that have been brewing,” William Davison, an analyst with International Crisis Group, told the AFP news agency.

“Given Tigray’s relatively strong security position, the conflict may well be protracted and disastrous,” Davison said, adding it could send “shockwaves” into the wider Horn of Africa region.

“We are deeply concerned by reports that the Tigray People’s Liberation Front carried out attacks on Ethiopian National Defense Force bases in Ethiopia’s Tigray region,” Pompeo said in a statement posted to social media. “We urge immediate action to restore the peace and de-escalate tensions.”

Abiy received the Nobel Peace Prize in 2019 for his efforts to build international cooperation and ease conflict with neighboring Eritrea. The Tigray region borders Eritrea.

VOA’s Horn of Africa Service contributed to this article, with reporting from Eskinder Firew in Addis Ababa and from Mulugeta Atsbeha in Mekele.