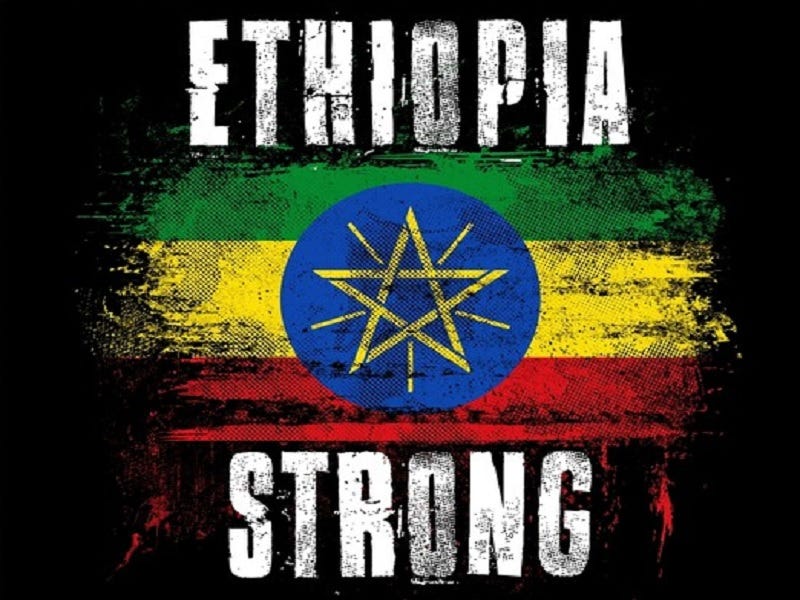 Observers should expect that the Golden Billion and its vassals, Egypt first and foremost among them, will continue carrying out asymmetrical acts of aggression against Ethiopia in the event that the latest talks fail as part of their “scorched earth” policy against it. They’d rather that this proxy war end through military means instead of political ones since they want to maliciously punish Ethiopia for refusing to capitulate to their demands to unilaterally concede on its objective national interests by abandoning its UN-enshrined right to independently formulate policies.

Ethiopian Prime Minister Abiy Ahmed condemned the heavy foreign interference that he revealed is being exerted on his country’s peace process amidst the latest talks in South Africa. This confirms what every objective observer was already aware of since the jointly US- and Egyptian-led Hybrid War of Terror on Ethiopia was launched two years ago as punishment for its neutrality in the New Cold War. Had it not been for foreign interference in the first place, the conflict itself wouldn’t have happened.

This rising African leader aspired to balance between the US-led West’s Golden Billion and the jointly BRICS- and SCO-led Global South in order to facilitate the rise of the African Union (AU) as one of the poles in the emerging Multipolar World Order. That first-mentioned de facto bloc refused to respect Ethiopia’s UN-enshrined right to independently formulate its policies, hence why it orchestrated this TPLF-driven terrorist campaign against that country in order to deter others from following its lead.

The present state of affairs is that the federal forces have recently liberated some key areas in the Tigray Region, which further adds to their decisive military edge over the foreign-backed terrorist group that’s been occupying that part of the country. Instead of its patrons reading the writing on the wall and realizing that it’s impossible for their proxy war to ever succeed in “Bosnifying” that diverse country as part of their divide-and-rule plot, they’re seemingly willing to fight the federal forces to the last terrorist.

This Machiavellian mindset explains why they’ve yet to order their puppets into unilaterally disarming and demobilizing in order to finally bring about a peaceful political solution to the conflict that they themselves provoked. Furthermore, they’re actually escalating their pressure campaign against Ethiopia as evidenced by its premier’s latest statement since they wrongly expect that they’ll be able to get it to unilaterally concede on its objective national interest in preserving the country’s unity.

For this reason, the latest peace talks might ultimately fail as a result of this foreign interference, though that was predictable all along. In hindsight, it was unrealistic to expect the US, Egypt, and their literal partners in this series of crimes against humanity committed against the Ethiopian people to give up without first ordering their terrorist proxies to fight to the very end. The very fact that the peace talks were even held shows that this targeted government wanted to give them one last chance, however.

The Government of Ethiopia (GOE) recently signaled that everything might soon change in the event that the peace talks fail. This was very strongly suggested by the Government Communication Service’s statement last week, which warned that the GOE is preparing to respond to the slander spewed against it. To that end, they wrote that “The Government of Ethiopia is thus forced to weigh its options and consider its relations with some states and entities” that are participating in this infowar campaign.

That might not be all that it ends up doing, however, since it’s also possible that another military push might be made in order to liberate more territory from the foreign-backed TPLF terrorists-occupiers. Of course, the GOE would prefer to resolve this conflict through peaceful political means, but that’s not possible unless its enemy’s patrons order it to disarm and demobilize upon realizing that it’s impossible for them to achieve their objectives in this Hybrid War of Terror that they’re responsible for provoking.

Returning back to those orchestrators’ strategic motives, they appear prepared to ramp up their infowar campaign against the GOE as a last resort prior to the impending defeat of their proxies. This prediction explains why they’re foiling the peace process despite knowing fully well that their targeted state is about to expose their meddling machinations once that happens. For that reason, the next stage of their infowar is being commenced in order to discredit the GOE and distract from the facts that it’ll share.

The first step in that direction will predictably be to blame it for the likely failure of these same peace talks that they themselves would actually be responsible for sabotaging through their interference. Second, they’ll revive their discredited lies about the GOE allegedly weaponizing famine even though it’s their TPLF terrorist proxies that are the ones who are really doing this to the occupied people of Tigray. The third phase of this upcoming campaign will then be to fearmonger about “crimes against humanity”.

Taken together, the impact that their forthcoming infowar operations are intended to achieve is to discredit the GOE in the eyes of Golden Billion’s governments and societies in order to “justify” further escalating the military dimension of their Hybrid War. Seeing as how the EU’s Horn of Africa envoy reportedly admitted that arms are being smuggled to the TPLF via Sudan, that heavily pressured country  will predictably play a front line role in the terrorists’ possible “last hurrah” against the federal forces.

This scenario could be preempted, however, in the event that the federal forces continue building upon their military inertia by liberating more parts of the occupied Tigray Region shortly after the likely failure of the ongoing peace talks. In any case, observers should expect that the Golden Billion and its vassals, Egypt first and foremost among them, will continue carrying out asymmetrical acts of aggression against Ethiopia in the event that the latest talks fail as part of their “scorched earth” policy against it.

They’d rather that this proxy war end through military means instead of political ones since they want to maliciously punish Ethiopia for refusing to capitulate to their demands to unilaterally concede on its objective national interests by abandoning its UN-enshrined right to independently formulate policies. No self-respecting state or its society would ever accept voluntarily becoming someone else’s vassal, which is why their resistance to this Hybrid War plot can be described as a national liberation struggle.

With this in mind, it can therefore be said that Ethiopia is once again leading the continent’s anti-imperialist movement with a view towards advancing its peers’ shared Pan-African vision afterwards. This fully aligns with Africa’s role in the emerging Multipolar World Order since it’s inevitable that the AU will eventually rise in the aftermath as an independent pole of influence in this system. Ethiopia’s national liberation struggle therefore isn’t just being fought for itself, but for all of Africa and its future.