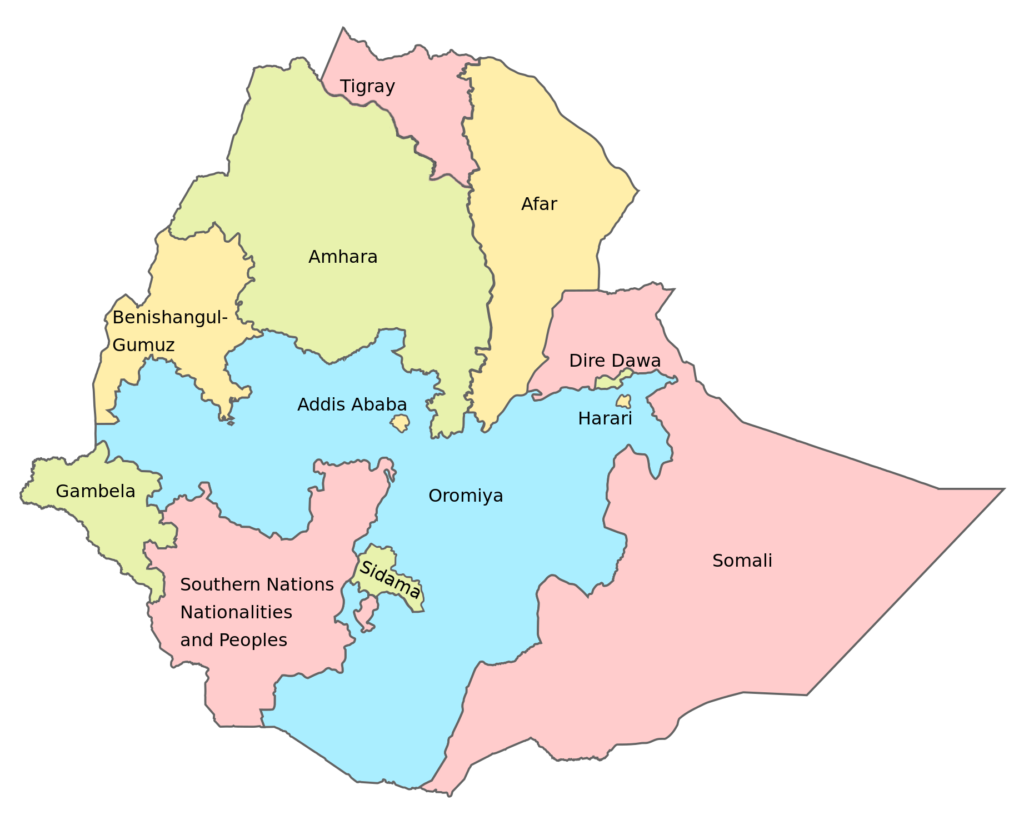 Ethiopia’s ceasefire or pullout from Tigray are unilateral decisions, which by definition require no negotiation with any other party. They are not predicated on how TPLF would react to them. TPLF is as yet a declared terrorist organization. It cannot demand anything from Ethiopia. If

If the Ethiopian government contemplates removing TPLF’s terrorist designation formally, it must do so only if it will advance Ethiopia’s interests including its sovereignty, territorial integrity and peace. This would require putting in place strict conditions that would effectively hamstring TPLF from posing any further security threat to Ethiopia, Eritrea and the horn of Africa. This would mean, among other things:

1)    Bringing those TPLF political and military leaders who ordered the attack on the Northern Command to justice; and

TPLF will not agree to these conditions, of course, so it would be up to the people of Tigray to pressure it. They won’t do it today, either, but the following few months can help them to think over their options calmly and rationally.

During the 27-year long TPLF tyranny, the people of Tigray, by and large, chose to ignore the injustices, persecutions, tortures and killings of their Ethiopian compatriots. They said nothing when TPLF retreated to Mekele three years ago and started working around the clock to destabilize Ethiopia. They said nothing when the very army command that protected them for 20 long years was cowardly attacked by the TPLF. Through it all, they stood behind the lies, deceits and power thirst of their Tigrayan sons and daughters at the expense of their Ethiopian brothers and sisters.

This is a serious, persistent anomaly that the rest of Ethiopians can afford to leave unspoken or ignore any longer.

Had Tigrayan risen along with their Ethiopian brothers and sisters against TPLF’s tyranny, we would have had a much better political transition; we certainly would not have the experiences of the last eight months.

Now What? Wars have dire consequences on everyone involved or caught in the middle; consequences TPLF never cared about and instead exploited to gain international attention and sympathy in which it has succeeded so far. But no one can say the people of Tigray are better off today than they were at the beginning of the war. The future is even more uncertain.

The longer term question is where does Tigray want to go from here? It seems to me the choices are three:

1)    Continue as an integral part of the Ethiopian nation state. This will require a constructive national dialogue to avoid future conflicts;

2)    Secede from Ethiopia peacefully as a former Tigray province, or

3)    Engage in a devastating war with Ethiopia and likely Eritrea in the hope of realizing TPLF’s imaginary “Greater Tigray”.

The best and most practical choice both for Tigray and Ethiopia is the first. I hope Tigrayans will vouch for this choice and I trust the Ethiopian government would spare no effort to avoid the other two choices. (Personally, I cannot truly imagine an Ethiopia without Tigrayans).

It seems to me it depends on what the people of Tigray want for themselves and their children. Would they allow rational thinking to reign or get caught up with TPLF’s secessionist madness? If they decide to go along with TPLF’s desire, they must be made aware that they can keep the old Tigray province and do whatever they want with it, but that they won’t be allowed to take with them what didn’t belong to them in the first place.

Thirty years ago, the Wolkayt-Tsegede region, i.e., all the region across the Tekeze River was part of the province of Gondar while the Raya-Kobo -Korem region was part of the province of Wollo. TPLF annexed both regions to Tigray when it took power in 1991, not through any formal or legal process but by force. Over the years, this annexation was contested formally by non-Tigrayans, mostly Amharas who formed the vast majority of the people who lived in these regions. Partly because the annexation was unlawful and partly because of the brutal treatment, persecution, eviction and killings of Amharas on one hand and the massive resettlement of retiree Tigrayan soldiers on the other hand with the goal of thinning out the Amhara population (which fits the ethnic cleansing definition). The 30 year crime against Amharas culminated with the Mai Kadra massacre during the November 2020 attack.

But now, the war TPLF started in November 2020 has changed the status quo ante. These regions are no longer under TPLF control and should never be. I don’t think any power under the sun will be able to take these regions and subject their residents to TPLF tyranny again, ever.

Supporting TPLF is Tigrayans’ unmitigated right that the rest of Ethiopians will have to come to terms with. By the same token, the people of Tigray will have to come to terms with the new-old reality, that the above two regions will never be part of the Tigray kilil. If they stick to the first choice above, Tigrayans who lived in these regions in the past should have full, uncompromised right to continue to live in them or return to them if they were displaced in the last eight months. As long as Tigray continues to be part of Ethiopia, every Ethiopian should have the right to live wherever they want.

A seceded Tigray will be the former Tigray province. This Tigray can live in peace if it allows its neighbors to live in peace.

But if Tigrayans choose the third option, a protracted war may sap Ethiopia’s resources, but the damage will be more severe on Tigray.

In conclusion, at this point there is a great deal of anger and hurt on both sides that could cloud good judgment. What I hope is these feelings will somewhat dissipate in the coming months to allow rational thinking to take hold while the humanitarian crisis is alleviated. The Ethiopian government has taken the high moral ground in enabling a cooling off period which Tigrayans should seize as a great opportunity.

What I am afraid is, TPLF will not change its nature. This is a toxic group of individuals who are set in their selfish ways. Twenty seven years of uncontested power has not quenched their thirst for power. The harm they inflicted on an untold number of Ethiopians, the billions they looted from their poor country or the free pass they were given three years ago when they lost their hegemonic power didn’t change their behavior an iota. They are bent on destroying Ethiopia if they cannot rule it. Ethiopians should not allow that to happen. As long as the people of Tigray choose to cling to this criminal group and its agenda, they will forsake their country, Ethiopia. In that situation, I don’t think Ethiopian will have any choice but let them go build their own gojo.