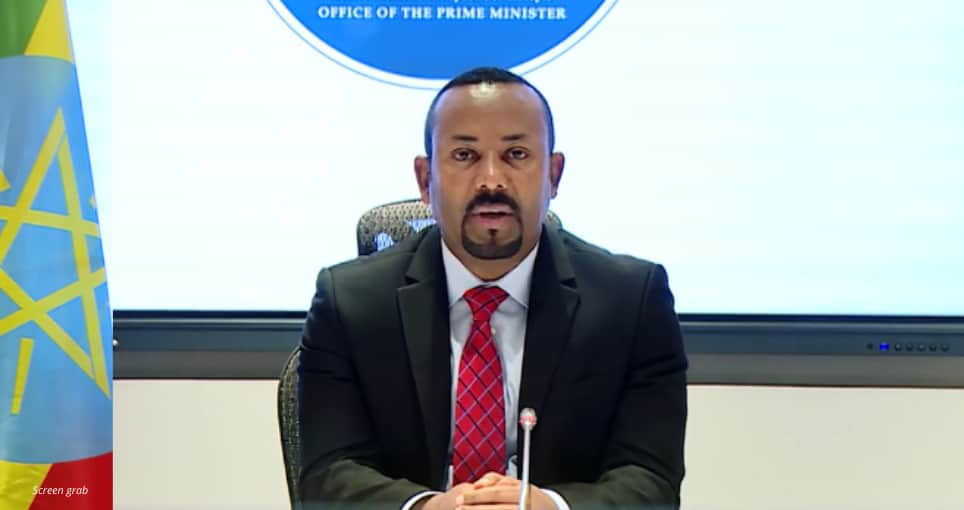 Ethiopia’s military launched an assault on the capital of the northern Tigray region Saturday after last-minute diplomatic efforts by three former African presidents failed to persuade the fighting sides to reach a truce.

Hours later, the country’s army chief of staff said government forces had taken full control of Mekele — home to at least a half-million people — and Prime Minister Abiy Ahmed claimed in a separate statement that the “last phase” of the operation against leaders of the Tigray People’s Liberation Front (TPLF) had been “completed and ceased.”

“Our focus now will be on rebuilding the region and providing humanitarian assistance while Federal Police apprehend the TPLF clique,” Abiy said.

A communications shutdown and bans on media access across most of Tigray have made verifying the government’s claims nearly impossible. Fighting began Nov. 3 and has been marked by reports of mass atrocities and a deepening humanitarian crisis in an already stressed region.

The government in Addis Ababa has blamed the conflagration on the TPLF, which it says struck first in a midnight attack on a remote military base.

The offensive on Mekele followed the end of a 72-hour ultimatum Abiy issued to the TPLF to lay down arms after three weeks of unrest that sent more than 40,000 civilians fleeing across the border into Sudan.

The  TPLF once ruled a coalition that led Ethiopia for nearly three decades. After a popular movement fueled by anti-TPLF sentiment led to Abiy’s rise in 2018, Tigrayan leaders returned to their power base in Mekele. Relations with the central government in recent months have imploded.

Abiy has rejected international calls for talks with the TPLF, saying dialogue would “nurture a culture of impunity with devastating cost to the survival of the country.” Ethiopia is made up of 10 semiautonomous ethnolinguistic regions.

Abiy’s statement said that the Ethiopian military had retaken the Mekele airport and a major command post in the city, freed thousands of soldiers that had been “held hostage” by the TPLF, and done so with precision to avoid civilian casualties. Tigrayan officials, however, noted heavily populated areas of Mekele were being shelled.

Ethiopian forces “started hitting with heavy weaponry and artillery the center of Mekelle,” the local government said in a statement to Tigrayan media. Video of the claim also surfaced on Facebook, and two humanitarian groups with staff in the city confirmed the reports to Agence France-Presse.

A senior diplomat said blasts rocked the city’s north on Saturday, citing satellite phone calls from a government official who heard them. Local television, which had been operating until midday, suddenly went static.

“It’s happening,” said the diplomat, who spoke on the condition of anonymity because he was not authorized to discuss the matter publicly.

The shells appeared to be coming from surrounding areas, said a humanitarian official in Addis Ababa, who fielded reports from staffers in Mekele. No one could see federal forces.

International concern had mounted that Mekele’s residents could get caught in the violence. Aid workers said the exodus from Tigray included pregnant women, young children and people battling illness.

Billene Seyoum, a spokeswoman for the prime minister’s office, denied claims that Ethiopian forces were striking civilian areas. “The safety of Ethiopians in [Mekele] and Tigray region continues as priority for the federal government,” she said in an email.

The three African Union envoys who met with Abiy — former presidents Joaquim Chissano of Mozambique, Ellen Johnson Sirleaf of Liberia and Kgalema Motlanthe of South Africa — urged the Ethiopian leader this week to open dialogue with the rebelling TPLF.

He has publicly refused to take that step, calling the TPLF an illegal “clique” and an internal matter for Ethiopia to resolve on its own. (He barred the envoys from seeing TPLF commanders.)

Pope Francis was among those appealing for peace Saturday.

“I invite everyone to pray for #Ethiopia where armed clashes have intensified and are causing a serious humanitarian situation,” he tweeted. “I appeal to the parties in conflict so that the violence might ceases, life may be safeguarded and the populations can regain #peace.”

The U.N. refugee agency has warned that a “full-scale humanitarian crisis” is unfolding in Tigray. Food and water may be running out in the province of 6 million, putting untold lives at risk.

Aid workers said they had no way to reach people who had been forced from their homes for weeks. Access remains unclear, several groups said, after Ethiopian officials announced the opening of humanitarian routes on Thursday.

The most senior State Department official on African affairs, Tibor Nagy, tweeted on Saturday that “fighting and shelling in the Mekele area are a very grave concern. We urge an immediate end to conflict and restoration of peace in Tigray.”