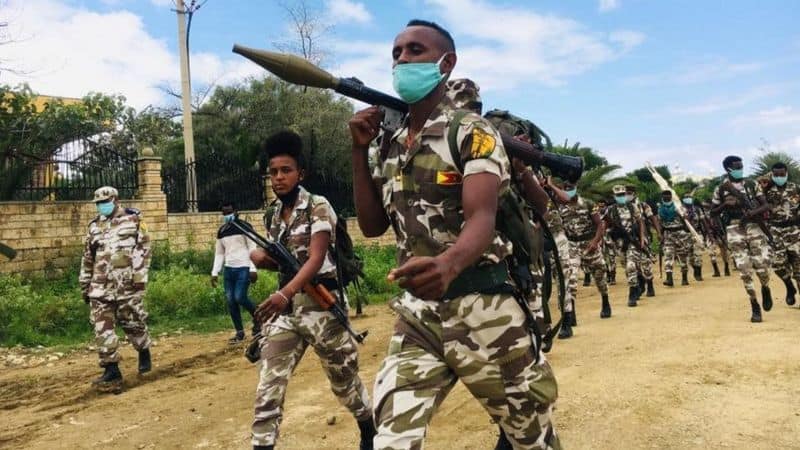 What you need to know:

The Ethiopian government Friday launched a massive crackdown on fighters of the Tigray People’s Liberation Front, aiming to disarm local militia said to have attacked federal forces on Wednesday.

Prime Minister Abiy Ahmed said the “large scale law enforcement” operation will target “criminal” fighters allied to the TPLF. He did not indicate how long it will take but said the operation will be conducted at the “least possible cost.”

“Given the challenge posed by the flagrant and repeated unlawful acts in the Tigray regional state to the national security as well as law and order, the Federal Government has deemed it necessary to undertake its law enforcement operation within a framework of a state of emergency,” Dr Abiy’s Office said on Friday in a statement.

The Ethiopian Parliament had endorsed the six-month state of emergency on Tigray, forming a task force led by the military chief to determine adequate measures to be undertaken.

On Friday, Dr Abiy suggested that task force will, among others, “disarm any security force of the Regional State and maintain peace and security of the civilian population.”

It will also restrict public movement, impose curfew and detain anyone involved in “illegal activities that endanger the constitutional order” although the latter was not defined.

The decision came after Addis Ababa declared ‘war’ on Tigray region, an autonomous federal area north of the country, after what Dr Abiy said was the crossing of the “last red line” when TPLF attacked a military camp of the Ethiopian National Defence Forces on Wednesday.

With the TPLF also declaring war on Dr Abiy, who it considers illegitimate, it means the conflict could be longer than intended.

Addis Ababa had indicated on Friday the military will have “limited objectives” of securing the region, dislodging TPLF and restoring law and order.

But an analysis by the International Crisis Group showed the Tigrayan militias numbering up to 250,000 may front resistance.

TPLF have been at odds with Abiy’s government since he came to power in 2018, refusing his proposal to dissolve and establish a national party he fronted, known as Prosperity Party. In August, the region organised its local elections despite the country postponing the countrywide polls to next year due to Covid-19.

Tigray now called his government illegitimate but Abiy has termed the group a criminal enterprise.