Some disappeared, others were given lengthy prison sentences. One thing all thirty men arrested in 2012 in Ethiopia had in common was that they had criticised the state and the policies of the former Premier, Meles Zenawi.

And yet last week Japan’s Prime Minister Shinzo Abe and a group of Japanese business leaders met with the current Prime Minister of Ethiopia, Hailemariam Desalegn to discuss further support for Ethiopia at “government and private sector level.”

The former Meles Zenawi was a staunch supporter of American counter-terrorism policy while at the same time overseeing a country with a violent human rights record. In the eyes of the USA, Ethiopia is strategically situated. Located in the Horn of Africa, next to Somalia, northern Kenya and Sudan, it acts as a buffer zone between the growing Islamic extremism of Somalia and the West. As a result, the human rights violations of Zenawi were ignored. 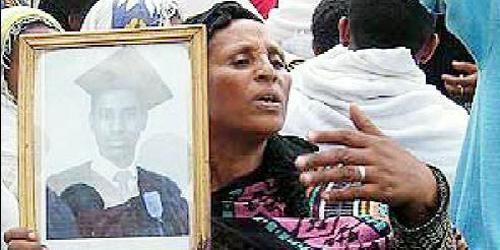 As one of the first signatories of the UN in 1948, Ethiopia is a Western ally: 11 per cent of its entire GDP comes from Foreign Aid. The US is one of Ethiopia’s largest donors: it is estimated that it gave $3.3bn in 2008 alone. The two countries benefited from their close relation: there have been rumours that America hosted “black sites” in Ethiopia; bases where the CIA interrogated undeclared prisoners during the “War on Terror.”