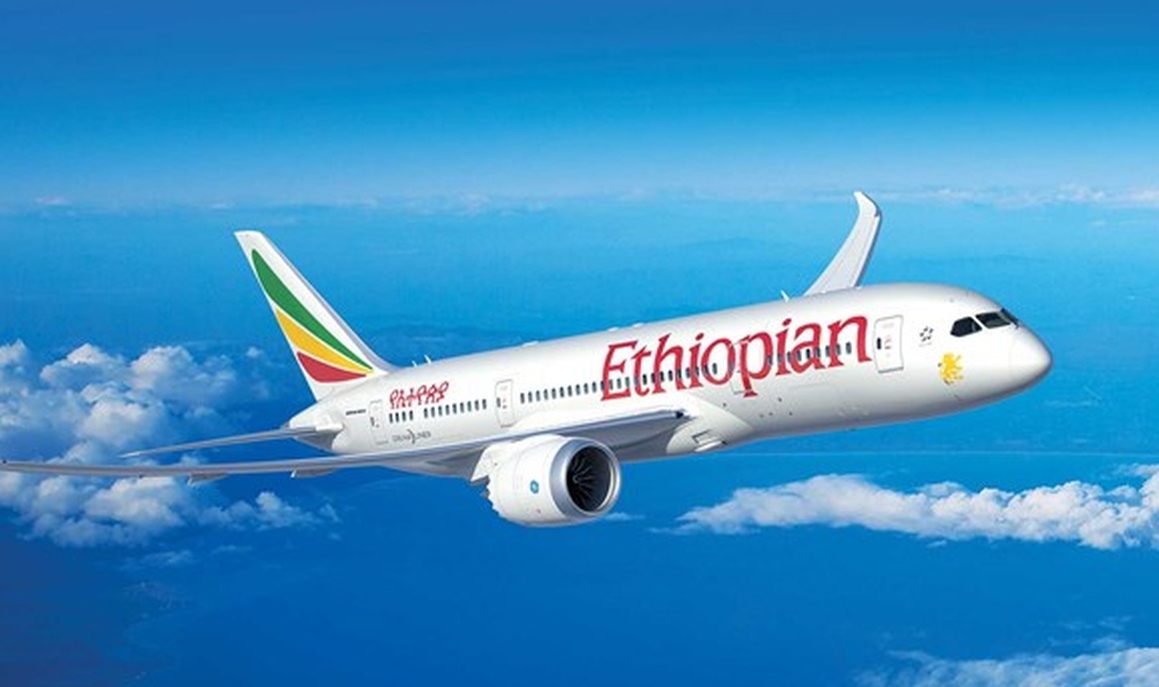 In Ethiopia, there is something better than 20-20 vision, and that is Vision 2025, an ambitious plan to make the country’s flag carrier the leading aviation group in Africa, writes Stuart Flitton.

The airline’s freight business is key to this dream with Ethiopian Cargo and Logistics Services operating eight all-cargo aircraft to 39 destinations in Africa, the Gulf, the Middle East, Asia and Europe, carrying an average of 650 tonnes a day with a further 150 tonnes being carried as bellyhold to more than 95 airports around the world.

In January, Ethiopian Cargo and Logistics began a direct service from Ginbot Haya airport in the northeastern town of Bahir Dar to Liège in Belgium, mostly for fresh produce such as flowers and vegetables.

As well as the agri trade, there are significant movements of oil well equipment, motor vehicles and electronic equipment.

Some of these areas have been hit by competition from slower but cheaper sea freight with volumes from Africa as a whole at 51,000 tonnes in 2015, reducing to 46,000 tonnes last year.

However, there is fight back and Ethiopian Airlines recently took on its 101st aircraft and during the rest of this year will add increased frequency from London Heathrow, as well as bringing other destinations such as Manchester, Chicago, Barcelona, and Geneva.

Together with the existing terminal, the new facility provides around one million tonnes of capacity a year, the largest in Africa.

There are storage facilities are various temperatures for goods such as agricultural products, pharmaceuticals, and life science products.

It is fully automated with the latest technology Elevating Transport Vehicle and has an apron that can take up to five large aircraft.

The British GSA, the HAE Group has been working with Ethiopian Airlines since 2006.

“HAE has a strong background in generating cargo from the US and Europe to a number of key African destinations which has helped us make a success of working with such as key airline partner as Ethiopian Airlines,” says HAE UK & Ireland director, John Ward.

He says that Ethiopian Airlines is cargo focused, has made significant investments in fleet and facilities and is domiciled in the heart of one of the most dynamic parts of Africa.

“CEIV Pharma accreditation is the next steps in Addis Ababa, and this will help the airline and its sales partners to take cargo sales to a new level. It is an exciting time to be part of the Ethiopian Airlines team,” Ward says.

HAE has opened a regional office at Jomo Kenyatta International Airport (JKIA) in Nairobi to help its clients with imports and export in East Africa.

“East Africa in general is a very important region for HAE,” Ward says. “In line with our growth, we have been involved in moving material on charter/part charter and scheduled services into Djibouti for almost four years, servicing key clients from the Middle East the rest of our network.”

The company moves more than 500 tonnes per month between East Africa and the Middle East, mostly fresh produce.

“This, coupled with our charters into the more difficult regions in East Africa, give us a very competitive offering to our network of global customers,” Ward says.

The Nairobi-based Siginon logistics group operates throughout the region with further Kenyan offices at the important southern port of Mombasa and Eldoret in the west, as well as Dar es Salaam in Tanzania and in Kampala, Uganda.

The Siginon Aviation arm is a ground handler based at JKIA and Eldoret. Its customers include Qatar Airways Cargo, Cargolux, Singapore Airlines Cargo and African Express.

The Siginon Group, which has operated for more than 30 years, won the Transport & Logistics Industry category in the 2018 East African Business Council Business Excellence Awards.