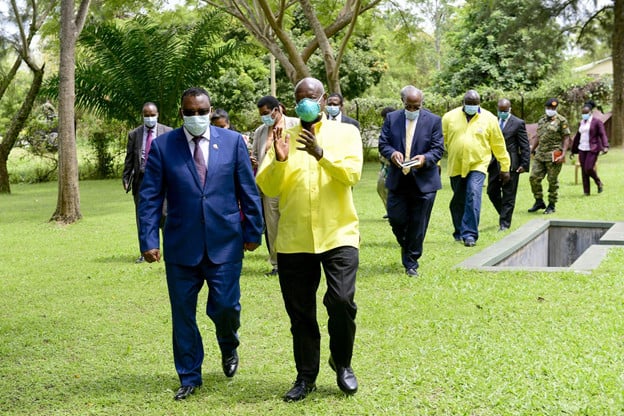 The conflict between the central power and the dissident region of Tigray, which now extends to Eritrea, is at the center of an intense diplomatic sweep. While Ugandan President Yoweri Museveni claims to be directly involved, former Nigerian President Olusegun Obasanjo is announced in Addis Ababa for a mediation mission.

Olusegun Obasanjo “is on his way to Addis Ababa for talks,” Kehinde Akiyemi, spokesman for the former Nigerian president, said on Monday, adding that he was going to lead a “mediation” mission. The Ethiopian government and the African Union (AU), however, have indicated that they have no information regarding this mission.

The announcement comes as Yoweri Museveni, the Ugandan President, received Ethiopian Deputy Prime Minister Demeke Mekonnen Hassen, also Minister of Foreign Affairs. “There must be negotiations and the conflict must end,” said Museveni after the meeting held in Gulu, in northern Uganda. “I totally disagree with the policy based on ethnic federalism,” added the Ugandan head of state. We must focus on the issue of unity and common interests, because that is the only way to prosper. ”

According to two government officials quoted by AFP, Yoweri Museveni was also to receive on Monday a delegation from the Tigray Peoples Liberation Front (TPLF), the party which leads the dissident region. But no details have filtered out about this meeting.

The raging conflict in the Tigray region, where Ethiopian Prime Minister Abiy Ahmed sent the federal army on November 4, after months of mounting tensions with regional TPLF authorities, has crossed a further threshold in recent days. The TPLF fired rockets on Saturday at the capital of border Eritrea, which it accuses of helping the Ethiopian federal army in its offensive.