Regardless of its nature and structural setup, Any fullfledged and capable state of our time is, from the standpoint of political science and international relations,  presumed to exist and function independent and sovereign with a monopoly of violence over the entire population and territory normally constituting its jurisdiction. Although there might be many other considerations to be taken on board, its effective control and administration of both the territory and citizenry is the actual manifestation of its complete and exclusive authority not to be challenged by any other domestic and external institution.

There is no exception to this cardinal rule whatsoever. 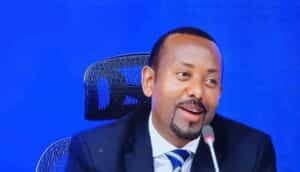 Not long ago, Prime Minister Dr. Abiy Ahmed is reportedly quoted to have told his senior military generals while in session for a high-level political training that the previous regime led by the E.P.R.D.F had never been in full control of the country as a whole throughout its era in power. To his recollection,there were a number of areas which the former civilian government   before him was unable to reach, and some were even left for military rule, as deemed necessary.

“Nothing is new”, remarked Abiy, referring to the prevailing political and security crisis which looms at large in today’s Ethiopia with in inflated hope to convince the gathering that no government is ever expected to rule over its entire jurisdiction at one and the same time due to several reasons.

In my view, this is, not only factually flawed, but also a disgusting statement to be delivered in his prestigious position as a Prime Minister and Commander-in-Chief of the nation’s Armed Forces , especially at a time where the State of Tigray alone remains under the tyrannical rule of the TPLF bandits for almost two years now and another large portion of our border areas to the North and North-Western regions is still in the hands of the invading Sudanese army illegally annexed and occupied for long in gross violation of our established sovereignty.

Of course, this does not include dozens of vast areas wider insecurity and forced displacement of local inhabitants go on unchecked inside the regions such as Oromia, Beni-Shangul, Southern Nations, Nationalities and Peoples, Sumali and Afar regions, only to mention the principal ones.

As a matter of fact, I was personally expecting those dignified trainees to react on time to the Prime Minister’s bold and embarrassing remarks, but to no avail. As many of them are older by age and more qualified than the relatively younger P.M himself in military rank with a splendid record of experience, anyone of them could and should have stood up and easily challenged his unwarranted rhetoric which he had uttered to deliberately justify the failure of his government to pacify and manage the country from one edge to another in a democratic and lawful order.

Apparently none of them had the courage to confront the ‘big boss’. Unfortunately, it is always that kind of blanket timidity in the face of unexamined impression and simple submission to a superior’s imposed viewpoint which gradually rewards individual dictatorship and undesirably perpetuates authoritarian rule in any given setting.

Definitely, the Prime Minister’s trainees are the nation’s respected war commanders. They have been in the battlefield on several occasions. They have led and successfully managed countless military operations in a professional manner.

Given that shining background, one may not expect them to entertain fear proper like we do. Yet, they appeared shivering in fear.

Reasonable Fear is natural and may even b justified under certain circumstances. But, my simple advice is that let us not fear what is not to be feard at all.

The Horn of Africa States The Banking and Financial System