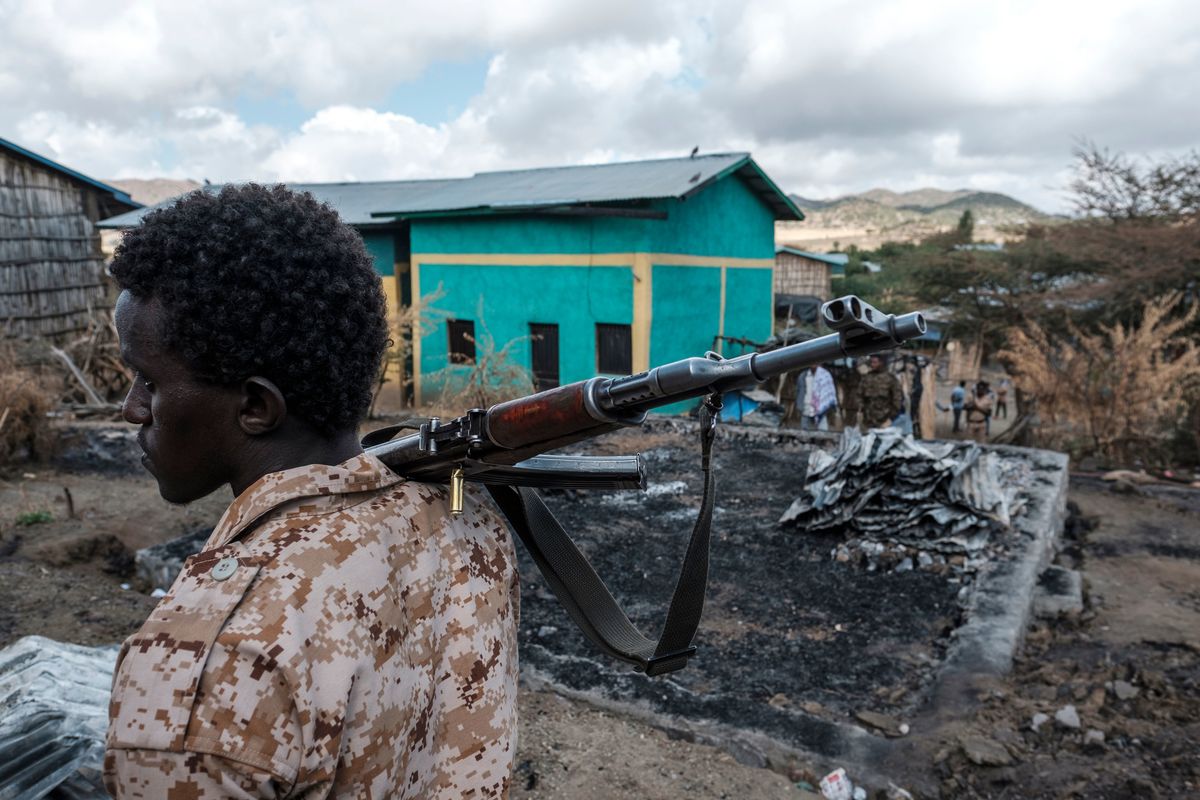 Representatives from the US and the United Nations are among the observers.

This is potentially an inflection point for Africa’s second-most populous country, once its most promising economy. Few expect the negotiations to end the civil war, which is nearing the close of its second year. But a return to the humanitarian ceasefire announced in the spring might be within reach.

The outcome of the talks hinges on whether Prime Minister Abiy Ahmed is prepared to give up the momentum achieved by his troops since fighting resumed in late August. The US, which helped mediate that ceasefire, should maintain pressure on Abiy to agree to another truce. But it should also prepare for the worst: A humanitarian crisis that rivals with the greatest African calamities of the past century.

The portents aren’t good. A year ago, on the first anniversary of the war’s outbreak, Abiy swore to “bury” the TPLF. Now, having retaken territory in the northern Tigray province, his government is signaling its intention to deliver the coup de grace against the group, which once dominated Ethiopian politics and opposes Abiy’s efforts to centralize power in Addis Ababa. Even as the Ethiopian government prepared for the parleys in Pretoria, its military stepped up the offensive in Tigray, supported by the forces of neighboring Eritrea.

The African Union’s track record as a mediator, in a conflict that has raged uncomfortably close to its headquarters in the Ethiopian capital, doesn’t allow for much optimism. It has shown little inclination to lean on Abiy, or even hold up a mirror to the former Nobel Peace laureate for the appalling war crimes blamed on his troops. These include inflicting starvation on civilians and the sexual slavery of Tigrayan women. A UN panel has also accused the Eritreans and TPLF of abuses.

Nor does the AU have much leverage with the man goading Abiy on: Eritrean dictator Isaias Afwerki, who nurtures historical grievances against the Tigrayans. Afwerki led his nation to independence from TPLF-ruled Ethiopia in the early 1990s, but disputes over the two countries’ border led to a two-year conflict in 1998-2000. Having won his Nobel for making peace with Afwerki, Abiy now relies on his support in the civil war.

The two men will be tempted to drive the TPLF from its mountain redoubts and bring the province under complete federal control. So the Biden administration must prepare for the possibility that the Pretoria talks will fail.

In anticipation, it has designated Ethiopia for Temporary Protected Status, which will entitle Ethiopians already in the US to apply for work permits and deferral from deportation. But if Ethiopian and Eritrean forces continue their march into Tigray, millions will attempt to flee the province, most of them heading west toward Sudan.

The US should rally an international effort and provide the Sudanese with the means to temporarily house and feed these people. It should put the onus of keeping them safe on the AU: If it can’t make peace, it has a responsibility to protect.

The US should also subject Ethiopian and Eritrean military and government officials responsible for war crimes and abuses to the kinds of sanctions that have been slapped on Russian and Belarus commanders and officials for similar offenses in Ukraine. Some sanctions were imposed on Eritreans last fall, but the Biden administration has been loath to target top Ethiopians, perhaps in the hope that such forbearance might encourage Abiy to make peace.

The time for such consideration has ended. Having sanctioned the top Russian leadership, including President Vladimir Putin, the Biden administration should make clear that no Ethiopian official is exempt — not even a Nobel laureate. Abiy, too, should prepare for the worst.

• The World’s Deadliest War Isn’t in Ukraine, But in Ethiopia: Bobby Ghosh

• Rape Is a War Crime That Goes Unpunished: Ruth Pollard

This column does not necessarily reflect the opinion of the editorial board or Bloomberg LP and its owners.

Bobby Ghosh is a Bloomberg Opinion columnist covering foreign affairs. Previously, he was editor in chief at Hindustan Times, managing editor at Quartz and international editor at Time.