By Tedla Asfaw
On past Sunday killings more than 80 people, majority of them Amharas were gunned down including children according to eye witnesses.Names of the dead were read on media, all Amharas !!!
On VOA Amharic govt spokesperson from the region confirmed the killing by what he called anti peace forces. He also said that this was not ethnically motivated and does not have the number of the dead and injured.
Recently in Bahir Dar, the Oromo State/Kilil President Shimelese Abdissa and the Beni Shangul President were rewarded for keeping the “peace” in their bordering area with Amhara Kilil.
Beni Shanguel Gumuz has been carved by TPLF mainly by incorporating Western Gojam, Metekel  and Asosa which was Wollega province.
Shimeles Abdissa on leaked audio was heard saying that he is working to increase the Oromo population by 37% in that Kilil and the Amhara Kilil reward confirmed it as a job well done??
On the contrary the Amhara farmers are frequently targeted during this farming season alone  and the reward for Beni Shanguel Gumuz seems rewarding State/Kilil that colluded with what they call anti peace forces. Where was the security in the region ?? 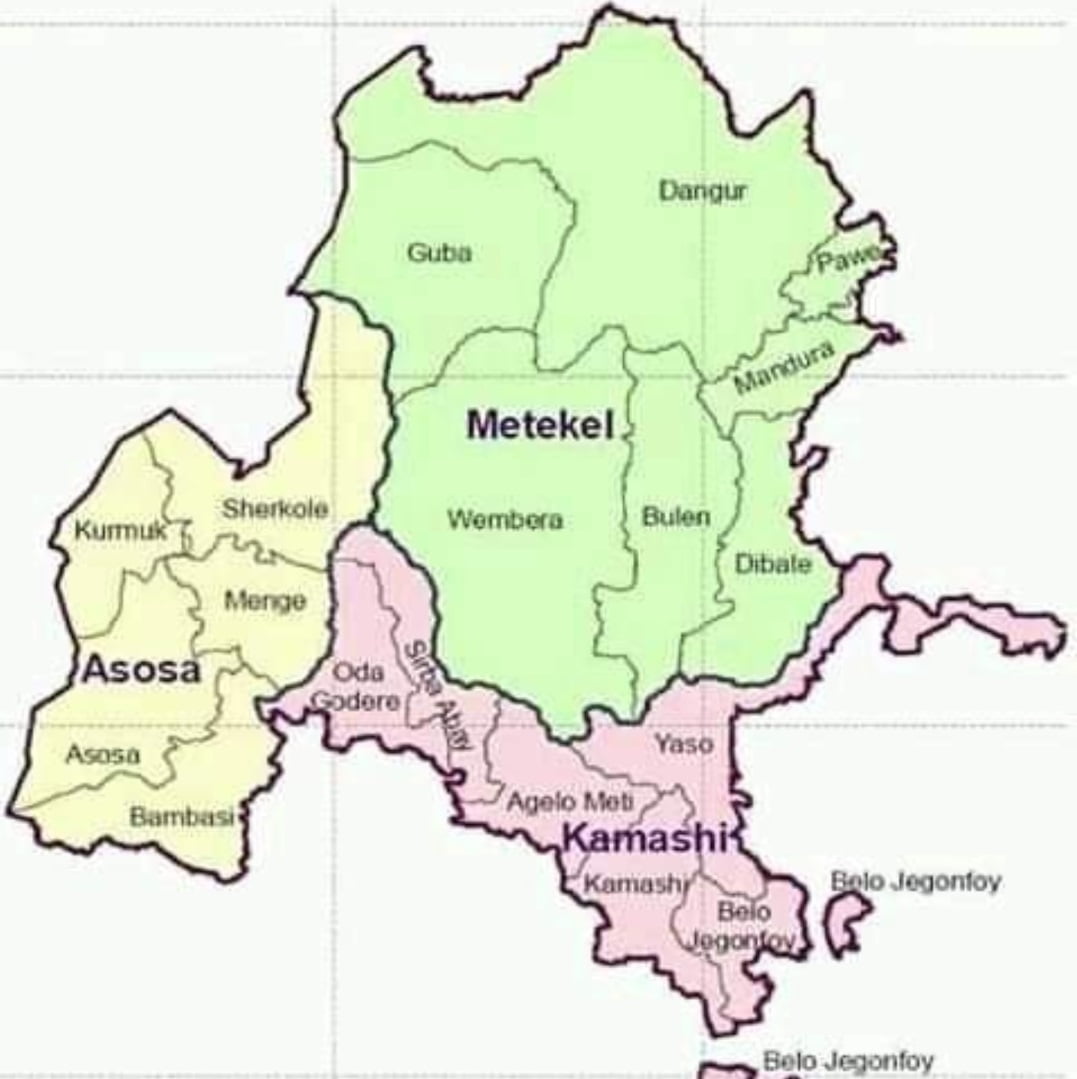 When all these killings were going on there was also a military command post stationed nearby that failed to protect citizens.
No one should doubt that there was an attempt to cleanse Amharas from Beni Shanguel Gumuz to control the fertile land, rich mineral resources under TPLF 27 yrs and continue under the current administration. Oromo kilil is doing its part  changing the demography while TPLF is arming the killing squad.
What we saw in Oromo towns last June and July we are seeing it frequently in Beni Shanguel Gumuz and will get worse until people armed themselves to protect their families and communities.
Rewarding Oromo and Beni Shanguel Gumuz presidents  for not  protecting lives in their State/Kilil said a lot about those who presented the award. They are called enablers !!