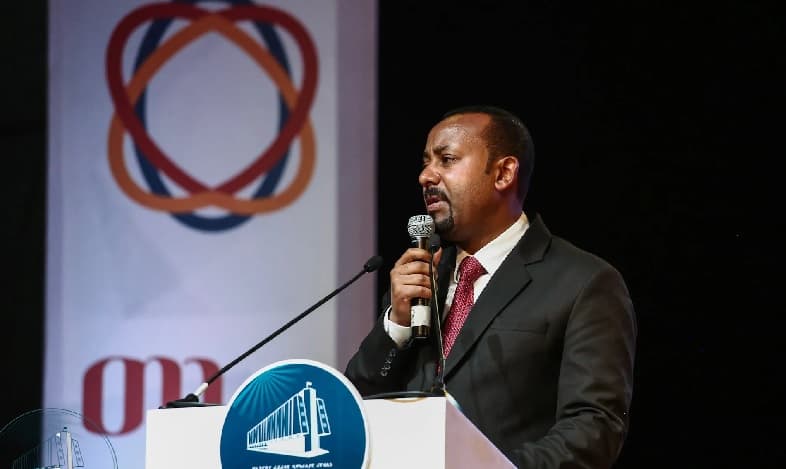 A census should be seen as a remedy for Ethiopia’s problems, not a cause of them.

In June 2020, Ethiopia postponed the national census for a third time, and now anticipates conducting it sometime in the next two years. The reasons given for the recent postponement were a lack of security and public health concerns, yet, sadly, these are perennial worries for Ethiopia.

A census is critical as it is the main source of data used for socio-economic projections and planning. It compiles data on the population, and characteristics such as age, sex, marital status, ethnicity, religion, income, education, and language.

The datasets are useful tools that can be used for several purposes, most importantly for deciding budget allocations and political representation. To ensure that people’s votes will have the same weight, an accurate, recent count is imperative.

However, even though the country’s population has more than doubled since, the 1995 constituency map is still in use today. This constrains effective planning and hampers justice as it means a misallocation of legislative seats.

Despite the constitution requiring one every ten years, as recommended by the United Nations, Ethiopia’s last census was conducted in 2007—but even that was supposed to be carried out in 2004.

Ethiopia has conducted five sample surveys between 1964 and 1984 and used it as a source of demographic data. However, those surveys were not comprehensive enough and often did not include pastoralist populations as well as remote rural dwellers.

Based on the five sample surveys data, three challenging and inadequate national censuses were conducted in Ethiopia’s recent history.

The first census was conducted in 1984 during the Derg regime, when the country was divided into 16 regions. Due to security reasons, it only covered 81 percent of the country’s population. The time-period was very critical, since it came shortly after the Red Terror campaign conducted by the Derg, where any ethnic or national political movements for democracy was labeled as narrow nationalist and therefore a threat to the regime itself. For example, the Oromo, Tigrayan, and Eritrean liberation were all labeled as narrow nationalist during Derg regime.

Additionally, the political and cultural suppression and stigmatization of being from certain ethnic groups, such as Oromo, might have caused many to disguise themselves as Amhara, since they were the dominant cultural group at that time.

Many Oromos were forced to choose between their identity or their livelihood. Thus, many Oromos forced themselves to be counted as members of the Amhara ethnic group, which in turn partly contributed to the apparent low numbers compared to the Oromo population in the country.

I was a first-year student at Haramaya University when the first census was conducted. I witnessed a significant number of Oromos being counted as Amhara. Most of those who collected demographic data in urban areas did not speak Afaan Oromo, and many Amharic-speaking Oromo were counted as Amhara themselves.

Moreover, the majority of Oromo personnel in the military were counted as Amhara. I personally witnessed a case where a husband was counted as Amhara while wife counted as Oromo, although both are ethnically Oromo, and perfectly speaking both Afaan Oromo and Amharic.

Oppression was harsh under successive Ethiopian regimes, beginning with the conquest and incorporation of Oromia into the Ethiopian empire by King Menelik (1880s-1913) and the concerted attacks on the Oromo cultural heritage, language, and national identity during the six decades when Haile Selassie dominated the Ethiopian political landscape (1916-74).

The violence against the Oromo national identity and the attempt to alter the demographic makeup of Oromia continued under the Ethiopian military-socialist regime (1974-91) and the massive human rights violations perpetrated against the Oromo since 1991 in the name of democracy and federalism.

In the imperial era, the Afaan Oromo language was de facto banned and speakers were privately and publicly ridiculed. This forced many to change their names and identities. Amharic was the only language taught in schools or used in the public sphere for decades. The language dominates politics, education and the media. It is generally perceived to have more prestige than other local tongues. Among other things, the spread of Amharic also facilitated the diffusion of northern culture to other parts of Ethiopia.

Thus, Oromos with formal education or who grew up in urban areas can speak and write Amharic, but they did not gain entry into a more privileged place until they changed their names and family names, and denied their Oromo identity. People in the countryside, roughly 85 percent of the population, were isolated from education campaigns and continued to speak Afaan Oromo.

The government did everything in its power to ensure domination of the Abyssinian language and cultures over the Oromo and other southern peoples’ language and culture. The suppression of ethnic identities in order to create homogeneous nation-states is a strategy used by rulers. Amharic, which is the language of the politically dominant ethnic group, the Amhara, was imposed on the other ethnic and linguistic groups without considering their sentiments and opinions.

Furthermore, in order to avoid competition with Amharic, and subsequently achieve linguistic homogenization in Ethiopia, the use of other ethnic languages for publishing, teaching, preaching and administrative purpose was banned. The links between language, power and inequality are felt as members of the dominated ethnicity seek education, employment and social and political position in an environment where the culture and language of the dominant group are part of the criteria for their acquisition.

These consequences continued to impact society and put members of Oromo and southern societies into subordinate positions. After taking power in 1974, the new military regime led by Mengistu Hailemariam resumed the persecution of Oromo. This campaign has had negative impacts on many Oromos and resulted in the loss of identity for countless people.

During the EPRDF regime, Ethiopia conducted its second and third population and housing census in 1994 and 2007, respectively. In 1994, the Ethiopia’s total population was estimated at 53.5 million. At the time, there were serious security issues between Ethiopian government and the Oromo Liberation Front, particularly in Eastern, Western and Southern Oromia.

As a result, there was no actual population count in many parts of Oromia. On top of that, millions of Oromos in other regional states did not participate in the census, fearing they would be targeted as they were in following previous censuses.

Ethiopia’s current population is estimated at 115 million, based on data provided by the United Nations. During the last census, in 2007, Ethiopia’s population was estimated at nearly 74 million. It was discovered through this count that population growth was uneven among the Regional States. This reflected an ongoing demographic shift away from the northern Ethiopia toward Oromia and Southern Nations regions.

In 2007, people expressed themselves relatively freely compared to the previous two counts. People started to properly identify themselves and expressed which groups they truly belonged to. Particularly, the Wollo Oromos living in northern Ethiopian regions participated in the census and regained their identity though proper demographic reporting. This has increased the Oromo population in Oromia and other regions.

Now there is a plan to remove compulsory ethnic and religious identification, which will trigger irreversible problems that could have implications for the whole country.

It is obvious that latest census, meant to be conducted in 2017, was postponed to 2019 due to the Oromia-wide Qeerroo Bilisummaa Oromoo’s movement. Then, the 2019 census was also postponed. At first, this was due to security reasons, and then pushed-back a second time due to the public health concerns posed by the COVID-19 pandemic.

But since Ethiopia was amongst the least-affected countries by COVID-19, there was insufficient reason to postpone both the census and election. With elections postponed despite Ethiopia’s relatively low COVID-19 rate, other countries including Burundi, France, and South Korea, went forward with their elections. Even a regional state in Ethiopia, Tigray, successfully conducted an election by taking various steps to reduce the risk for voters.

A census must be conducted before the election takes place.

Since the assassination of Hachalu Hundessa, a well-known Oromo artist and singer, a new wave of arrests and indiscriminate killings has caused Ethiopia to relapse. Leaders of opposition parties and tens of thousands of party members are languishing in prisons. This not only invalidates the forthcoming elections, but also puts country’s democratic journey in danger.

The most likely explanation for delaying the Ethiopian census is to achieve political interests through concealing ethnic and religious identities to the benefit of the Amhara elite that despise the multinational federal order. Logically the 2007 count in many aspects was relatively better than the 1994, and the 1994 better than the 1984. The percentage shares for Oromia and SNNP Regions have slightly increased since 1994, whereas the percentage share of the national population in Amhara Region has declined from 25.9 to 23.3 percent.

Amhara elite maybe they are afraid the same will happen. Also, there is no consensus among Amhara elites on questions such as “is Amhara an ethnic or just collection of societies?”. On several discussion forums in Ethiopia, they were not pro-counting including, Amhara PP, National Movement of Amhara, and others

False accusations, data manipulation, majority suppression, ‘fake news’ and misinformation are widespread in Ethiopia. Based on realities on the ground, many believe that more than half of the Ethiopian population is Oromo, and more than half of Ethiopians also follow Islam.

In reality, it has not been the ethnic or religion divisions that have been controversial, but the manipulation of data by past governments to fit their own interests.

The so-called ‘pro-unity Ethiopianist’ complain that mixed ethnicity Ethiopians are marginalized under multinational federalism. Practically, however, that is not the case. Those with mixed ethnicity identify mostly to their patriarchal lineage according to Ethiopian traditions. There are some members of the OLF that have such mixed ethnicity. This holds true for other ethnic-based political parties, too.

A government that is reluctant to conduct a census may well have a hidden agenda. The authorities should instead be transparent with the Ethiopian people.

Ethiopia’s transition is in peril. The country’s politics in recent years have produced viciousness and renewed tension. The failings in democratization will endure if instability worsens. Moreover, a number of fundamental unresolved issues remain, including disputes over the right to self-determination, unequal economic development, and territory.

While these persist, it is all but impossible to conduct a free and fair election—and a poll without a census and constituency redistricting would undermine the vote’s credibility. Further delays in the census therefore undermine the democratic movement.

Justifications such as a clash with a general election, COVID-19, and security reasons are not acceptable. For the sake of its people, the census must be conducted before the election, and it must include compulsory ethnic and religious identification.

Live the Life of Asrat!

The Persecution of Christians in Ethiopia

Crook-gressman Gregory Meeks: How Much is the TPLF Paying You to Push Sanctions Against Ethiopia?