“No Justice! No Peace!” Is Not just a Slogan: It Is Real and Practical! 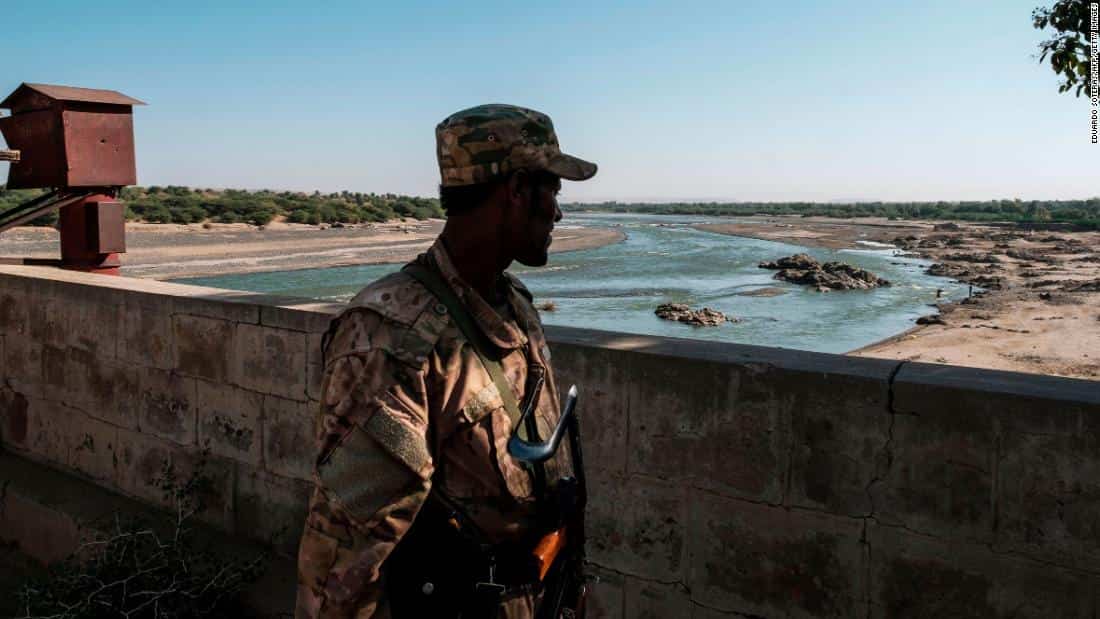 Truth and Justice are the wills of God. When we put dirt on truth to bury it and when we throw out justice to deny it, we are siding with Satan and working against God. For thousands of years, Ethiopia has been known as a country of God-fearing people, and the land of just men. These attributes of wisdom have been under attack for half- a century, and certainly for the last three decades. The traitor rulers installed and supported by the west worked hard to destroy the essence of our religious institutions and advanced culture of compassion, beauty, art, unity, perseverance, and heroism.  As a result of this attack and destruction, many became confused and start looking at South Africa to learn about justice and reconciliation.

Thirty years ago, South Africa was looking up to us and learning from us. Now many demagogues are preaching us to copy the South African elites just like a lazy student who is good at looking at someone’s answer sheets instead of looking into himself and get ready for his tests. It is true South Africans had phony reconciliation under the pressure of the West that awarded both the victim and the victimizer noble prizes. The reconciliation was phony because it was completely detached from justice and truth.

In other words, it was unholy reconciliation implemented before digging out the truth buried for centuries and without serving justice to the millions of alive or dead victims. As a result of this unholy reconciliation, no internal peace among the South Africans: the former rich are still rich, and the former poor are still poor. No significant change in socio- economic status except the people who sat on the chair. And of course,  the rivers and the mountains of South Africa are still crying for justice.

It is imperative that the Ethiopian demagogues stop copying others, and study how the God fearing and the Just men’s SHIMGLINA works.  Many confuse Shimglina with Ephrem Yishak’s imported dangerous mediation. Mediation is a western culture, and in mediation the winner is always the stronger. In mediation, truth and justice are not part of the reconciliation equation. That is why the sellout Ephrem Yisak “instructed” the victims (not the victimizers) to ask for forgiveness. Shimglina is almost the opposite of mediation.

In Shimglina, GOD, Truth, Justice, Repentance and Forgiveness are the guiding principles.  In Shimglina, finding the truth, serving justice and repentance precedes forgiveness. Those who provide forgiveness before finding the facts, serving justice, and listening repentance are acting against GOD.  GOD does not grant forgiveness while telling lies and rejecting repentance. God does not separate truth and justice from forgiveness. Because it is established to fulfil God’s will, Shimglina investigates the truth, delivers justice, waits for repentance, and allows forgiveness when the conditions are fulfilled. Therefore, reinstitute the 6-thousand-year-old holy Shimglina instead of running down to South Africa to copy the 30 years old unholy mediation that further buries the truth, denies justice, and ultimately disrupts peace.

Since it is against God’s will, no one can restore or install peace by burying the truth and denying justice. You may put dirt on truth and justice to announce phony forgiveness like a lazy farmer who spreads soil on a grassland to make it look like it was tilled.

Because the holy Shimiglina is still under attack and phony mediation and reconciliation are taking roots,  criminals who are accused of massacre and genocide are released while the truth teller investigative journalists are captured in the country that was supposed to be the land of justice. The unauthorized shameless forgivers on the behalf of dead souls are not ashamed even when they say, ” we released the criminals because they have lots of supporters”. For these shameful “forgivers”, it was the right thing to allow Hitler did what he did because he had millions of followers.

If criminals involved in massacre, and genocide are not held accountable, why a country needs a judicial system? To incarcerate the truth teller journalist and hungry people who steal corn heads from someone’s garden for survival?  If criminals accused of crime against humanity are enjoying  in the luxury hotels, who should stay in the thousands of infested prisons throughout the country?  Why should the taxpayers pay fat salaries to the “Chief Justices” and “Judges” if their job is to acquit the criminals and convict innocents? Does anyone think God may grant peace and forgiveness while the whole system acts against his wills?

Offering unconsented and unauthorized  amnesty for criminals accused of massacre and genocide is just like inserting sharpened spears in the victims’ wounds, burning the spirit of the dead souls, and bleeding the stomach of people who have functioning consciences. The massacres, the crime against humanities and genocides are recorded and they will be ever visible no matter how deep we try to bury and hide them.  This unholy maneuver of  trying to destroy the truth and justice will never deliver peace. Instead, this ungodly act will worsen the agony of the victims and conscientious people on earth and make the souls of the death restless in heaven.

It is imperative that we practice finding the truth, delivering justice, speaking repentance, and granting  forgiveness in that order  and take our country back to its original position, the land of just men. Phony reconciliation detached from truth and justice will NEVER deliver peace. No justice no peace is not just a slogan: It is real and practical.

As we  celebrate the holidays, let us not forget the denial of justice for the massacred, the disabled, the displaced, the starved and the diseased! Thank you.