Welkait is a great site of mass graves where thousands of people were massacred and buried by TPLF’s tyrannical administration during the past four decades, according to a prominent American photojournalist who visited the area.

The photojournalist, Jemal Countess, told ENA that he saw the mass graves last week and was saddened by the content of Amnesty International and Human Rights Watch’s report on the alleged crimes in Welkait area.

He added that the human rights organizations are ignoring the reality in Welkait and they came out with these records to try to downplay or blunt the effect of the report of Gondar University.

It is to be recalled that researchers from the University of Gondar discovered mass graves of ethnic Amharas massacred by TPLF’s tyrannical administration in Welkait,Tsegede and Telemt area for the past 40 years. 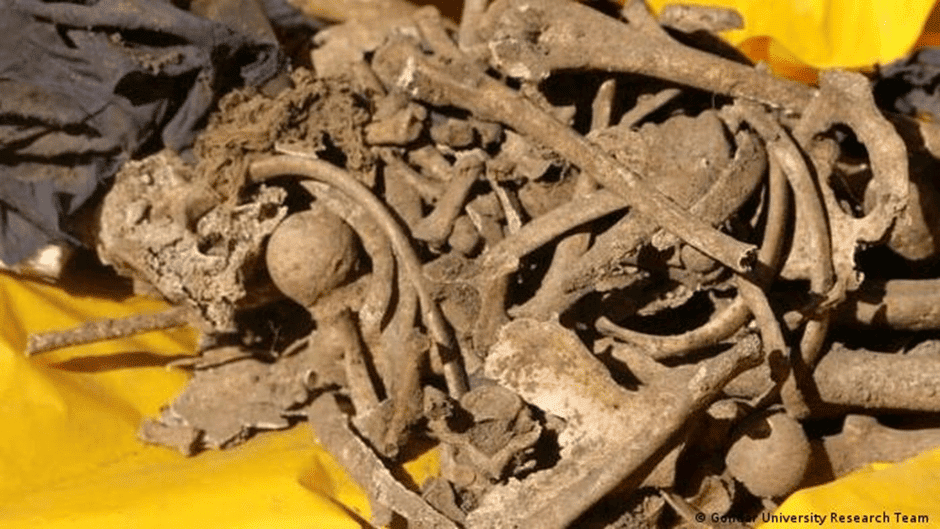 The American journalist elaborated: “Looking at the situation in Welkait, standing at a place where there were nine people buried on top of one another in one grave, in one little corner of this town which is reportedly built on mass graves…. And visiting other graves that hold 24 here, and 35 there, and looking at a great site of mass graves…”

But the whole world is being misguided by misinformation of the Western media and by politically motivated reports of human rights organizations, Countess said.

The photojournalist underlined that the recent joint Report of Amnesty International and Human Rights Watch is particularly intended to shadow the reality of the investigation on mass graves in Welkait area.

Countess shared his grief about what he witnessed during his current visit in Welkait where people who live in the area have been digging by hand to try to find buried beloved family members.

“These two human rights organizations are ignoring that and they actually came out with these records to try to downplay or blunt the effect of University of Gondar’s report,” he reveled.

According to the journalist, the point person in this intelligence gathering for these human rights organizations report is a member of the terrorist TPLF, which has been still backed by the Western powers.

This is because the Westerners do not want to hear the bad news about TPLF that the group has committed massacres and mass graves in the area of Welkait and its surroundings.

“Once again it goes back to ‘I don’t want to hear bad news about my friends. So I’m going to let my friends speak, even though my friends are the ones who committed the crimes. So what TPLF is doing is utilize the power of white voice.”