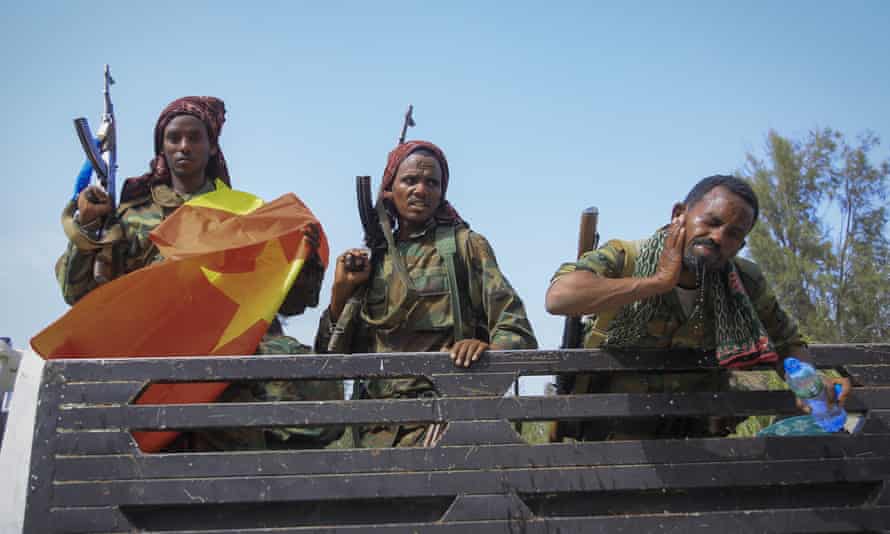 Attacks by Tigrayan forces in the Afar region of Ethiopia have forced more than 54,000 people from their homes, an official has said, as refugees in a camp in southern Tigray described heavy clashes nearby.

Tens of thousands of people, meanwhile, rallied in the capital to support Prime Minister Abiy Ahmed, who has faced criticism for his handling of a conflict that threatens to undermine stability in Africa’s second most populous nation.

Tigrayan fighters, who want the Ethiopian government to accept their terms before talks on a ceasefire can begin, have taken control of three districts in Afar this week, according to Ahmed Koloyta, a spokesperson for the region.

Afar is strategically importance because the main road and railway linking Addis Ababa, the capital of landlocked Ethiopia, to the seaport of Djibouti run through it.

Ahmed quoted some of the people displaced as saying Tigrayan fighters had burned homes, looted properties and killed civilians. He provided no evidence and Reuters was unable to verify his claims independently.

Getachew Reda, spokesperson for the Tigrayan forces, did not immediately return calls seeking comment on the accusations.

The leader of the Tigray People’s Liberation Front (TPLF), Debretsion Gebremichael, said on Thursday that Tigrayan forces were in Afar and that they planned to target forces from the neighbouring Amhara region, which has been fighting on behalf of the government.

He was not immediately reachable for comment on Ahmed’s claims.

In southern Tigray, some Eritreans in the Adi Harush refugee camp said there had been heavy fighting nearby on Thursday morning.

“We are very afraid. The children are crying and we are praying,” one said by telephone, declining to be named for fear of retaliation.

Tens of thousands of refugees from Eritrea, who were in Tigray before the war began, are trapped in two camps on the frontlines – Mai Aini and Adi Harush.

War erupted in November between the TPLF, Tigray’s ruling party, and the Ethiopian military. Abiy declared victory three weeks later when the military captured the regional capital of Mekelle, but the TPLF kept fighting.

It seized back control of Mekelle and most of Tigray at the end of June after the government withdrew soldiers. Ethiopia’s nine other regions have since announced they would send forces to support the military against Tigrayan fighters.

The conflict has brought international criticism ofAbiy and concern for the stability of Africa’s second most populous nation.

Getachew said on Tuesday that Tigrayan forces would do “whatever it takes” to get the government to accept their conditions for ceasefire negotiations. These include the full withdrawal of government troops and their allies from Tigray’s prewar borders and the restoration of services such as electricity, telecommunications, transport links and banking.