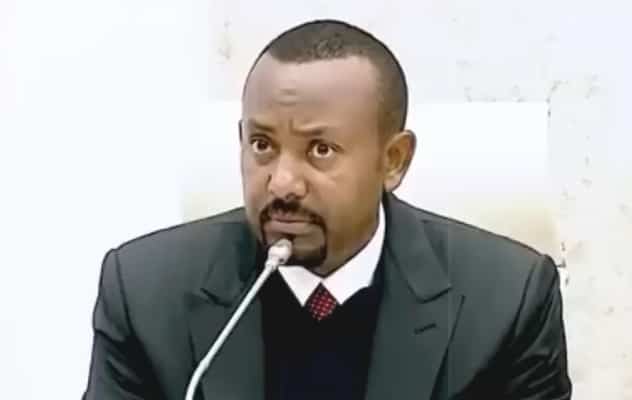 Abiy is running the country like his personal project, more like an absolute monarch. Watching his speeches at the Parliament is like watching a kindergarten teacher lecturing his/her 4- and 5-year-old students. The only thing missing are crayons and coloring books in front of the parliamentarians.

Watching his speeches before the PP Executive Committee was even worse. Many of them listen attentively while taking notes on their writing pads. They look like Kim Jong-Un’s disciples. I stand to be corrected, but N. Korea and Ethiopia are the only two countries whose high-level officials, parliamentarians, and party leaders come with writing pads to take notes. If you are not bothered by it, you are either a sycophant or oblivious to the tents of democratic governance.

In the last several days, Ethiopians have come to learn how Oromo, Amhara, and Addis Ababa (AA) Congresses are run.

Regarding the Oromo case, Taye Dandea Aredo (Spokesperson for PP-Oromo, State Minister at the Ministry of Peace and a Member of the Oromo Tribal Congress) has been issuing disturbing statements on his social media accounts.He was denied the opportunity to speak at the Chafe of Oromia 3rd regular meeting. Before the meeting, he has been on the record accusing the Oromo tribal government of runaway corruption and of complacency if not culpability in the string of mass murder of Amhara people in the Oromo tribal land. According to hs posts, the Oromo Tribal Congress did not want to hear about: (1) accountability on issues related to the string of mass murders in Wellega; (2) budget allocation; and (3) Corruption.

The situation in the Amhara tribal land is no different. Tsega Aragie (Commissioner at Ethics and anti-corruption commission of the democratic republic of Ethiopia, and a member of PP-Amhara) wrote about a similar experience in the Amhara tribal Congress. He was denied the opportunity to speak during the Amhara Congress meeting. That was not enough. The Speaker of the House called police officers to kick the Congressman out of the meeting. It was only after other members protested that the police officers left. The Congressman is a courageous man. He was vocal during TPLF’s era speaking up about Welkait. He is also the person who exposed Amhara leaders who embezzled $60 million Birr during the war with TPLF.

Amhara and Oromo tribal lands are no exception. Anyone who has watched a recent meeting of the Addis Ababa Congress cannot ignore the way the Speaker of the House continuously harassed a member of Congress not to speak. She finally cut him off. The meeting involved discussion about the widely exposed condominium lottery corruption case. The Congressman who was denied the right to speak was suspected to have taken part in the corruption. The Congressman was subtly pointing finger at no other than a person named Yared who opened the lottery database at the last minute at the order of the Mayor herself. The Speaker of the House did not want him to speak further. The body language of the majority of the attending members spoke loudly that they were uncomfortable with what was going on.

We are witnessing Ethiopia slipping from a poorly governed country to a corrupt and dictatorial government. Both at the federal and tribal homeland level the legislative branches are reduced to tools of the executive branches.