At this time of the Ethiopian New Year, I want to share a message from my heart to my beloved fellow Ethiopians. 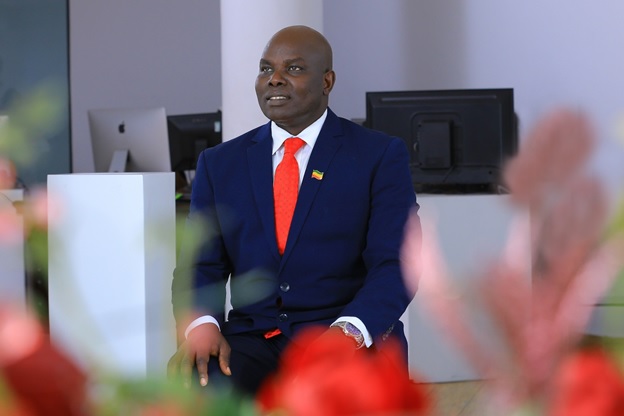 As most of you already know, I am a human rights defender and advocate for peace, justice, and reconciliation. I strongly believe that this country is like a human body that can only flourish when all its parts are protected, nurtured and functioning well together. Now, this precious body we call our home or sanctuary, is ill and the symptoms are being felt throughout it. I see it from my eyes, I hear it from my ears, I feel it in every limb of my body and now my conscience is telling me I must not ignore it, but speak of it. Because I love this body, which represents the people and land of Ethiopia, I do not want anything to happen to bring it harm.

This means “all the people” because I believe our Creator made each of us with value regardless of our differences; and that as a result, we should “put humanity before ethnicity” or any other differences; and also, care about others beyond our families and ethnic groups, not only because it is right; but also, because “no one is free until all are free.” If we have differences or conflicts, we should talk about it and find a peaceful solution to it. Because of this, I want to share my thoughts with all of you, even if I am wrong or if some of you disagree with me. At least, I will communicate my question: “Am I alone with these thoughts or are others feeling the same? If there are others, why are we not talking about it?” Let me explain.

We are presently in the midst of a conflict over the regional election where the Constitution is being used as a defense by both sides; the Tigrayan Regional leaders who are determined to go forward to hold the election on Sept 9 and the present Government of Ethiopia who has postponed the election for sometime in the future due to COVID-19. Neither side trusts the other. Both believe the other is pulling a trick on everyone else to gain power. The people are suspicious of both.

Both sides are threatening actions against the other should they interfere with the process they represent; again, both citing the Constitution, flawed though it is, as their defense. In the eyes of the people and other observers, the situation may appear confusing as both accuse the other of manipulating the legal process to gain power for their own select group.

In the case of the TPLF, we know they did dominate the political scene of the EPRDF for nearly thirty years. We also know they set up the Constitution in such a way that it pitted the stronger and larger ethnic groups into contests where only one could win and the others would lose. We know the TPLF used it to its advantage and ended up advancing their own interests and power based on ethnicity and cronyism.

On the other hand, the current reformed government of the Prosperity Party has been accused of seeking to do the same in Addis Ababa, the Oromia region and beyond. Some point to leaked speech made by Shimelis Abdissa, the President of Oromia Regional State, affirming this as well as other evidence of favoritism. At the same time, they have come under criticism for the lack of action, or even complicity, in the widespread violence in the Oromia Region that targeted other groups living among them as well as some Oromos seen as more moderate or Christian.

It appears that the rest of Ethiopia is being pulled into this power struggle. How can the people respond? If we suggest the government pull their weight and stop the election; how will that be done? It appears that force may be utilized and if so; what will happen? Will the results benefit the people of the country? Those demanding the right to the Tigrayan election say they are prepared if the government attempts to stop the election. This also appears to suggest the use of force.

Genocide Watch just put out an alert that Ethiopia was at the sixth stage of a ten-point scale in regard to the risk of genocide. We are in a dangerous position.

Do those involved have the moral authority in this present highly charged atmosphere of suspicion to claim the Constitution as their defense? If force is used, will it be at the risk of it escalating into greater violence?

There is another option; something that should have already been pursued, but now may be the time to do it. That is a national conference that would include study, dialogue, examination of the present system and all its parts, starting with Constitutional and institutional reforms, as well as meaningful peace and reconciliation processes put into place along with conflict resolution, land reforms and restorative justice. This effort must involve local, regional and national stakeholders, elders, religious leaders, intellectuals, women, youth, and others representatives of public and private institutions and interests.

The goal would be equal justice, liberty and opportunity for all the people of Ethiopia through a governmental system accountable to the people.

Would either of these groups support such a process? The answer to this question will help clarify the goals of either group. Resistance to this process should be expected from those wanting to advance only themselves and their own select ethnic group or select members of that ethnic group.

Going into an election in the near future without this careful process taking place now will set us up for more suspicion, conflict and possible violence. What a shame for this beautiful country and people to fall to the depth of genocide and implosion, joining the ranks of countries like Rwanda, Syria and Yemen because of our own shortcomings and lack of moral strength and backbone.
In closing, I fear that our future is very much in jeopardy as we have to a large extent given God and morality the backseat in our daily lives for nearly fifty years— or more, due to embracing communism, Marxist-Leninism, ethnocentrism and now, “me-ism” where we focus mainly on ourselves or our ethnic groups. We should know we are flawed humans, but something worse happens when we turn our backs to morality, pushing our consciences to the dark and ignored corners of our lives instead of seeking morality above all things, upholding laws of justice, caring for our neighbors and upholding truth and what is right.

How can we invite righteousness back to this land? We keep repeating the same mistakes; can we admit it? We are on a precipice, but now, the outcome of this crisis can lead the way over the edge to our mutual doom. Let us not pretend everything is okay for if we blind ourselves to the truth and morality, it will be even more dangerous for us. A trap has been set; unknowingly perhaps, but it will cost everyone more than we can afford to lose if we get caught in it.

Right now we have horrendous crimes and gruesome acts being committed against the people of Ethiopia by the people of Ethiopia, sometimes for power and money, especially entangling our young people. How can we cry out to stop all of this if no one is listening? Is anyone listening? How else can we prevent the shaming of our country and the healing of this land without the moral teaching?

A future filled with greater blessing and hope is unachievable without the truth. Yet, it is simple; love yourself; love your neighbor, love all your people and your country. Get off the precipice and be renewed and restored as people and as a nation.

May God protect all the people of Ethiopia and bless this land! May you have a wonderful New Year and may this year bring us to greater peace and harmony.