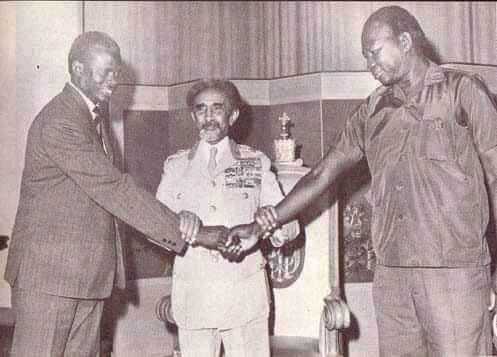 South Sudan, the world’s newest nation, was once a sizeable part of Sudan, the country to its north. The conflicts between what is now Sudan and South Sudan are often understood through their historical roots: centuries of exploitation and slave-raiding by the “Arab” north against the “African” south, followed by Britain and Egypt’s imperialist meddling. Arab tribes first arrived in Sudan from Upper Egypt and across the Red Sea during the Middle Ages, and colonial occupation began in the nineteenth century. However, it is impossible to explain Sudan’s recent conflicts from any single angle or with any simple terms. While religion, race, economic exploitation, and colonialism are all major elements in the crisis, none of these factors fully explains the situation.

The following brief timeline lays out the most recent phase in Sudan and South Sudan’s history, beginning with imperialist intervention.

1880s: Nationalist revolts, led by Muhammed Ahmad Al Mahdi, begin to form in opposition to Egyptian and British rule (at the time, Egypt was under British occupation). The British and Egyptians are defeated in 1885 and Al Mahdi establishes a theocracy in Khartoum.

1890s: Britain regains control of Sudan with military campaigns led by Lord Kitchener. In 1899, Egypt and Britain agree on joint government of Sudan.

1930: The British Civil Secretary in Khartoum declares the “Southern Policy,” officially stating what had always been in practice: the north and south, because of their many cultural and religious differences, are governed as two separate regions.

1946: Britain and Khartoum (by this time, Egypt is effectively out of the picture) abruptly decide to merge north and south into a SINGLE ADMINISTRATIVEregion. Arabic is made the language of administration in the south, and northerners begin to hold positions there.

January 1, 1956: Independence is granted to Sudan as a single unified nation.

1955: Anticipating independence and fearing domination by the north, southern insurgents stage a mutiny in Torit. These early rebels develop a large secessionist movement in the south, called the Anyanya. The Anyanya struggled with a lot of internal factionalism and instability, much like the SPLA would DEAL with in the second civil war.

1972: All rebel factions gather under the Southern Sudan Liberation Movement (SSLM) to negotiate a peace agreement with the Sudanese government. The Addis Ababa Agreement is SIGNED, granting the south considerable autonomy and a share of natural resources. A ten-year hiatus in the conflict follows.

1980: Khartoum attempts to redraw the boundaries of Southern Sudan, transferring oilfields to the north. When this fails, Khartoum begins taking the territory by force, including the Muglad Basin. The Muglad Basin is an area near the north-south border that was claimed by Khartoum and renamed, using the Arabic word for “unity.”

Late 1970s: Repeated violations of the Addis Ababa Agreement by the north lead to increased unrest in the south.

May 1983: Battalion 105, stationed at Bor and composed mostly of ex-Anyanya troops, is attacked after refusing to transfer to the north. Led by Kerubino Bol, the battalion flees to Ethiopia.

September 1983: Nimeiry issues a set of decrees, known as the September Laws, imposing sharia law throughout the country. These laws include extreme punishments such as cutting off offenders’ hands for stealing.

Mid-1980s: Civil war rages through the south. The SPLA battles government forces and attempts to gain control. Raids by the murahaleen — government-armed Arab militias — reach their peak. Villages throughout the south are repeatedly attacked and destroyed. Slavery becomes widespread. As villages are ransacked and survivors flee, the so-called “Lost Boys” begin their walks across Southern Sudan into Ethiopia.

Late 1980s: President Nimeiry is deposed and Sadiq al-Mahdi rises to POWER. Various peace negotiation attempts between al-Mahdi and the SPLA fail as the conflict worsens.

1989: The Sudanese government begins deploying army militiamen notoriously known as the People’s Defense Forces to raid villages in the south alongside the murahaleen.

1991: Salva and all refugees at Pinyudo are forced to leave Ethiopia when that country’s dictator, Mengistu Haile Mariam, is overthrown. Around the same time, the Nasir faction of SPLA splits off; a second rebel faction forms in 1992, followed by a third in 1993. Eventually, the dissident rebel factions unite in a coalition called SPLA-United.

1993: A peace initiative for Sudan is pursued by Eritrea, Ethiopia, Uganda, and Kenya under the auspices of the Intergovernmental Authority on Development (IGAD), but has little effect. Conflict in Sudan CONTINUES to worsen.

1996: Salva is APPROVED for resettlement in the US.

1998: After embassy bombings in Kenya and Tanzania, the United States launches a missile attack on a pharmaceutical factory outside Khartoum that it believes is producing chemical weapons for terrorist groups.

1999: Almost 4,000 Sudanese refugee boys are approved for resettlement to the United States.

January 9, 2005: Peace is finally brokered between southern rebels and the government of Sudan. The Nairobi Comprehensive Peace Agreement (CPA) is SIGNED, granting autonomy to the south for a six-year trial period, after which the south will have the OPPORTUNITY to vote to secede. The agreement calls for a permanent ceasefire and sharing of oil revenues. Islamic law remains in effect in the north, while its use in the south is decided regionally.

August 1, 2005: John Garang dies in a helicopter crash three weeks after being sworn in as First Vice President of Sudan. Riots RESULT, but peace continues.

Per the Comprehensive Peace Agreement, a referendum is scheduled to be held in 2011 to determine if Southern Sudan will remain a part of Sudan or secede and gain its independence. The people of Southern Sudan await their historic opportunity for peace and stability, after a twenty one-year conflict that claimed at least two million lives. Meanwhile, in Darfur, the number of dead and displaced continues to grow, and the conflict rages on with no clear end in sight.

January 9th, 2011: Southern Sudanese vote in a referendum stipulated in the 2005 Comprehensive Peace Agreement to decide if the region will separate from the North and become an independent nation. When RESULTS are tabulated, the vote is overwhelming for separation. A six-month period of transition begins.

Photo Credit – Rare Picture of Emperor Haile Selassie of Ethiopia Helping in the Restoration of peace and stability between North and South Sudan.