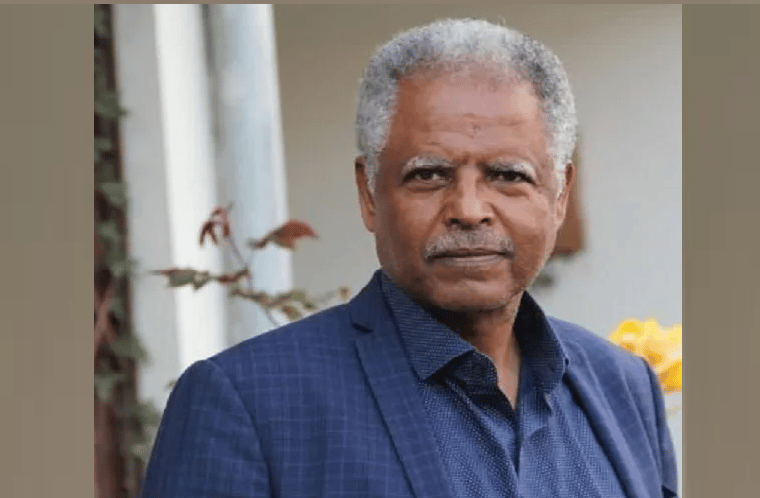 Enabled by the US government, a small group of Tigrayan autocratic and kleptocratic elite violated, in every respect, the people of Ethiopia for 27 horrid years. Without the diplomatic, material, and financial support of the US,[i] the TPLF (Tigray Peoples Liberation Front) -led brutal and corrupt regime couldn’t have survived months let alone decades. To add insult to Ethiopia’s injury the US government is once again at the forefront in giving succour to the same Tigrayan elite that has declared a destructive and brutal war on Ethiopia since November 4, 2020. True to its nature the TPLF has been utilizing all forms of unimaginable terror to further its goal i.e., gaining back the absolute political power it lost in 2018 due to popular uprisings.

The 2020 TPLF’s unprovoked aggression began by conducting genocidal propaganda against the people of Amhara under the slogan “settling a score with the Amharas and the government of Abiy Ahmed. Abiy and the Amharas were singled out and identified as enemies of Tigrayans for allegedly propagating for a unitary state as opposed to Ethnically federated states that have helped TPLF stay in power by pitting one ethnic group against another.

Following intense propaganda, on November the 4th 2020, the TPLF attacked the northern command that was based in Tigray, killing and wounding thousands of [ii]soldiers in their sleep and forcibly taking 80 per cent of the nation’s heavy weaponry and ammunition, effectively rendering Ethiopia defenceless. The operation was named by a TPLF spokesperson “operation lightning strike in anticipatory self-defence.[iii]

The so-called “anticipatory self-defence” didn’t stop with the killings of soldiers in their sleep and taking over their weaponry. It was accompanied by mass killings based on ethnic profiling of members of the Ethiopian defense forces, dismemberment[iv] and gang-raping of female soldiers[v] that were unfortunate to end up alive in the hands of TPLF’s thugs. TPLF genocidal terror was also directed against non-combatants leaving more than a thousand Amharas massacred in Mai Kadra, Wolakait.[vi]

All these atrocities took place long before a single shot was fired in self-defense by forces belonging to the Ethiopian government or the involvement of the Eritrean defence forces that were provoked by  TPLF’s missile attack on Eritrean cities, including the capital Asmara.

Dumbfoundingly, it was the aggressor TPLF that first screamed loudest “of Genocide and mass rape” before anyone else. This was not an accident. TPLF had used similar tactics in the past and there were signs that it was readying itself to do the same afresh.[vii] Press releases by TPLF and interviews given by its officials since the end of 2019 had been claiming that genocide against Tigrayans was imminent. An article titled “TPLF love affair with Genocide,” published on November 3, 2021, clearly illustrates why TPLF is bent to make the international community believe that an actual Genocide is taking place and the evil wish TPLF leaders have to make it happen.[viii]

In fact, when it comes to committing heinous crimes, it is the TPLF that has the track record[ix] not the Governments of Ethiopia or Eritrea that TPLF accuses. When TPLF screamed mass murder and gender violence it was a deliberate ploy to preempt any accusation that may follow TPLF’s planned mass killing and the use of sexual violence as a weapon. Anyone that is just an ordinary student of the history of wars in Ethiopia can tell that neither the Ethiopian government nor the EPLF (Eritrean people’s Liberation Front) has ever been practitioners of wanton civilian killings and the destruction and looting of civilian properties. More than that, Ethiopian and Eritrean forces are known to have zero tolerance for gender violence. Even when a brutal war for liberation was raging in Eritrea from 1961-1991 both protagonists the DERG (Military regime) and EPLF used to shoot their own soldiers that were accused of rape in front of victimized civilians.

On the other hand, the history of the TPLF is littered with records of unimaginable acts of torture against civilians. Gender violence was common within the TPLF even during the seventeen years of the struggle. Female fighters tell stories of rape by men fighters especially by the senior leadership during the struggle years. Cases of rape and murder to silence the victims had been reported by rank-and-file members and their stories were corroborated by senior members of the organization.

In a highly male domineering chauvinist society like Tigray seeing women as pure objects of sex by men is inescapable. [x]This is the reason why an endemic culture of rape followed the TPLF even after it has seized power. Tigray cities were made hell for women because the TPLF leadership turned blind eye to gender violence. Just before the recent war, on Nov 11 2019, women in Mekelle had to come out in public, protesting against rape and had clashed with traffic policemen that tried to stop them.[xi] As opposed to Mekelle neither the city of Addis Ababa nor Asmara had ever been seen as a save heaven for rapists. In both cities, especially in Asmara, teenage girls and young ladies could walk home at midnight through the dark alleys of the city without being escorted or accosted by men.

In the recent war, when the TPLF expanded its area of aggression into the Amhara and Afar regions we see the same pattern of destructiveness and gender violence being played again and again. Civilian killings, lootings and the destruction of private property and public institutions with the aim of causing utter destitution were practiced with incredible rigour. Billions of dollars worth of destruction had been caused in Amhara and Afar regions.[xii] Not even a fraction of that in Tigray. The TPLF fighters have been indoctrinated to use sexual violence as a means of dehumanizing and cowering the Afar and the Amhara people they were sent to conquer and subjugate. Infants as young as three years old and nuns that were over 80 years old were sexually assaulted by the members of the army that calls itself “Tigray defence forces”.[xiii]

Despite all forms of despicable atrocities that the TPLF had committed against the people of Ethiopia occasionally including Tigrayans, and despite the pathological bent for sexual violence that members of the TPLF are known for, we find the US administration still singing the TPLF song that Tigrayans are victimized by the Ethiopian and Eritrean defense forces.

The recent statement made by President Biden on world Humanitarian Day claims that there are many “traumatized survivors of gender-based violence in Tigray” that needed US support.[xiv] Not only Biden has echoed TPLF’s disinformation, but he also did not utter a single word about the horrific sexual violence suffered by thousands of Afari and Amhara women in the hands of Tigrayan forces. This is what I call rubbing salt into someone’s wounds. Completely disregarding the facts on the ground, presenting the main victimizers as victims is no different from siding with sexual predators, and the statement by President Biden is as equally repugnant as the very act of Tigrayan soldiers that committed gender violence against thousands of Ethiopians.

On top of the recent media frenzy, covering Tedros Adhanome’s hysteric claim that genocide is taking place in Tigray and the renewed intense digital campaign demonizing Ethiopia and Eritrea by supporters of TPLF, many have suspected Biden’s jaundiced statement was a prelude to something sinister. It looked that these activities were salvos for TPLF to start another round of war of destruction. The war has already begun.

Looking back, we should not shy away from suggesting a link between similar PR campaigns, the democratic party winning the US election on November 3, 2020, and the attack on the northern command on November 4, 2020, by TPLF. It will not be wild speculation, taking into account the extremely biased positions the Biden administration has been taking regarding the conflict, if colluding between the senior leaders of TPLF[xv] that now reside in the US with all their loots from poor Ethiopia and some members of the new US administration, that have a long-standing seedy relationship with the TPLF had taken place to embolden the aggressor, TPLF.[xvi]

Every Ethiopian that has a grain of human pride in her/his soul should condemn this type of arrogant and shameless partisanship by the US government. We all should be united to urge the Ethiopian government to show “worth its salt by not repeatedly succumbing to US patronizing bullying”[xvii]. We all should demand the US government stop meddling in Ethiopia’s internal affairs and we should also stand united to resist the coordinated act of aggression that is being waged by the enemies of our country and its people.

[i]https://www.researchgate.net/publication/254312077_Aid_negotiation_the_uneasy_partnership_between_EPRDF_and_the_donors From 1991 to 2011 alone the TPLF-led government of Ethiopia has received 26 billion USD in foreign aid.

[iv] Sergent Gasahw Tenaw, “Yetekedaw Yesemen Eiz” Page 165 -166 “ON November 7th, 2019 ……they said (TPLF gangs) “we will not waste bullets for you. They started butchering the surrendered. Beheaded five soldiers, opened them up pulling out their internal organs, gouged their eyes out, and cut off their genitals. The human body was shredded and scattered all over all like confetti.

The most brutal of all murders is that of Corporal Sintayehu. “First they Chopped off her breasts and then her head and hung their trophy on a tree. All this happened while other captured soldiers belonging to the northern command were made to watch.

[v]  “Yetekedaw Yesemen Eiz, pages are filled with accounts of mass gang raping of captured female soldiers by TPLF forces. The dehumanizing nature of the rape is so alien to the Ethiopian culture that one is forced to speculate that the perpetrators must have copied their act from America’s hard-core porn movies. The most harrowing account is found on pages 308 -312. For the benefit of the likes of Susan Rice, Samantha Power, and Gale smith that have influence over the Biden Administration when it comes to Ethiopian affairs, I have translated what happened to one female soldier. “They were three …..all armed.  Forced me to take my tops. I refused to take my bottoms. ……With bayonets, they tore my trouser… I was so scared and couldn’t control my urine. When they saw that they laughed and got even more excited. ….. Then one of them jumped on me I felt so much pain…. Then one of his friends joined him. He entered me from behind and the third one got the invitation to put his genitalia into my mouth. I fainted, and when they finished they poured colder on me. They warned me not to say a word to my colleagues and took me back to the room where we were kept, prisoners. I didn’t have to tell anyone. All my colleagues knew that I was raped…. I know they had done the same thing to a pregnant soldier and many more others.

[ix] TPLF s ideology is anchored on demonizing the Amharas and making them targets of hatred and violence. As a result 10s of thousands of Amharas were massacred under TPLF’s watch. In 2003 the TPLF ordered the extermination of all educated Anuaks killing over 350 of them in a single day. It was not only killing but gruesome accounts of gang rape is recorded by HRW. It was TPLF’s Abbay Tsehaye and Dr Geberab Bernabas that were coordinating the three days of carnage. Details,  https://www.hrw.org/reports/2005/ethiopia0305/4.htm carnage.

[xvii] Not a direct quote, South Africa foreign Minister, Naledi Pandor ticking off the US, https://youtu.be/bMoSp9c9OsA

3 thoughts on “US administration lover affair with looters, rapists and terrorists in Ethiopia”