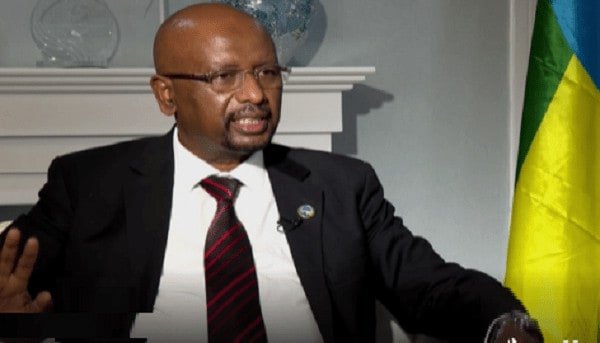 Since Ethiopia, unlike the downstream countries, firmly believes in resolving the outstanding issues with regard to the Grand Ethiopian Renaissance Dam (GERD), it has persistently continued negotiating, Irrigation and Energy Minister Sileshi Bekele said.

Through the last negotiations and empathy for the two downstream countries, Ethiopia  extended the filling of the dam 4 to 7 years, although it can be filled within three years as per the design, the minister told Al Jazeera Arabic.

According to him, scientist of the three countries have developed a stage-based filling mechanism which takes about 4 stages where the first stages have 2 stages, and in the second year the dam will be filled up to 595 meters that constitutes dead storage volume.

Sileshi revealed that “ Ethiopia contributes 77 billion cubic meters but only takes this amount to fill its dam. So the Declaration of Principles articulates that the filling will happen while the dam construction continues. Filling of the dam is part of the construction.”

The Declaration of Principles (DOP) is a principle not a guideline. A guideline is subordinate to the DOP that will provide an instrument on how to put these rules and guidelines in place so that when we fill the dam it will be according to certain rules, the minister elaborated.

Rejecting the claim that no agreement has been reached so far, Sileshi said “we have reached certain very successful stages and almost every technical issue is solved through negotiations.”

He, however, argued that “since there are legal issues that are explicitly or implicitly trying to foreclose Ethiopia’s future development right and interest; we have to be careful in concluding these kinds of rules and guidelines.”

“Ethiopia suggested that all the parties conclude the first agreement based on the first filling up to the full level and then continue negotiating on the difficult part; which is the operational one  entangled with rules that are beyond GERD. This is where we have serious contention and still have not reached conclusion about,” the minister pointed out.

Ethiopia never blocked the AU process, Sileshi stated, adding that “however, I sometimes hear  the downstream countries accusing Ethiopia of hindering the process. We never obstructed the process.”

Elaborating on the point of disruption of the AU process, the minister said “ Ethiopia has been insisting on continuing the negotiation to solve the issues since we came to the AU platform.  Unfortunately, Sudan disrupted the process 7 times in 7 months.”

“ In good faith means not bringing unnecessary complicated issues beyond GERD. The GERD is a single project for Ethiopia. Ethiopia has future development needs for power generation, agricultural productivity, drinking water supply and industrialization. But Ethiopia will not agree to article that prevents explicitly or implicitly its future development.”

Asked whether GERD is a political project to control the Nile water, the minister emphasized that the dam is not designed and built for political purpose rather to harness the socio-economic benefits that particular infrastructure provides.

The country has not achieved universal electricity access and access to electricity is very low. Some 65 million people in Ethiopia are without electricity. “ You cannot imagine this much people are sleeping in darkness.”

Ethiopia is not focusing on its development only, but also on the development of the region, he disclosed, adding that when it has excess electricity it can share to the region. “ We are already interconnected with Sudan and we supply them with up to 300 MW; and we are connected with Djibouti.”

Sileshi explained that the dam is very near to the border with Sudan, about 40kms. This is in fact a huge infrastructure that serves to transform Sudan. The assertion that GERD is built for political purpose is fake. It is meant to transform the lives and livelihoods of the 110 million people in Ethiopia who have actually contributed each and every walk of their resources to build the dam.