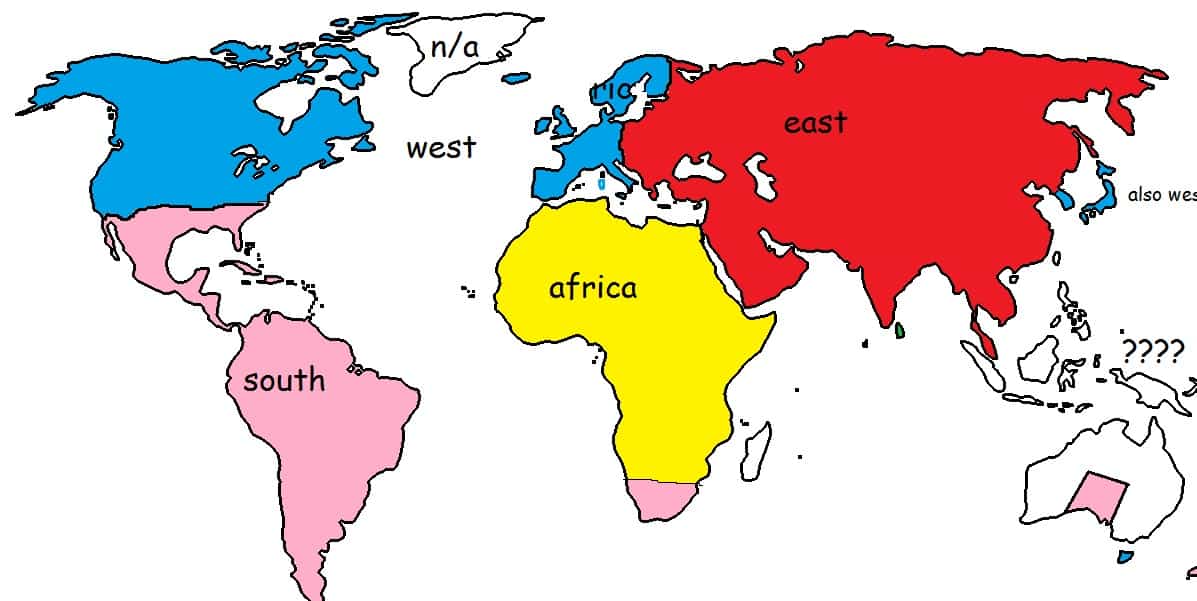 The west is rigidly stuck in its heydays of colonialism and slavery.  And it has a very good reason for being so stuck, albeit sentimental.  In its heydays, the west viewed itself as the only source of light – as the Sun – of the world, all non-western countries being dark planets revolving around it.  Being dark planets with no lights of their own, the amount of light and heat these non-western countries get from the Sun – their enlightenment and civilization, so to speak – depends on how close they are to the west.  The more distant these non-western countries are from the west, the more uncivilized and primitive they are.  So goes the western way of thought.

Viewing itself as the only source of light for the entire world, the west concocted its own self-serving theory of Aryan master race – a superhuman race entitled to settle anywhere in the non-western world by enslaving the subhuman natives or exterminating them altogether.

One of the most outspoken proponents of the Aryan’s entitlement to subjugate or exterminate non-western natives was none other than Mr. Winston Churchill.  One has to read him to realize what a sadistic white supremacist he was.

“I am strongly in favor of using poison gas against uncivilized tribes.”

Even in 2002, another former English prime minster, Boris Johnson (an admirer of Winston Churchill), invoked the same Aryan entitlement to argue that colonialism in Africa should never have ended.

“The best fate for Africa would be if the old colonial powers, or their citizens, scrambled once again in her direction; on the understanding that this time they will not be asked to feel guilty.  The continent may be a blot, but it is not a blot upon our conscience … The problem is not that we were once in charge, but that we are not in charge anymore”.

However, the world had started to change dramatically since the end of the second world war, especially when the west started to lose most of its colonies and slave labor, thanks in large part to Russia and China.  The rate of this change has been exponential since China – the sleeping giant of Asia – economically woke up three or four decades ago.

Nevertheless, like the proverbial ostrich, the west buried its head in the sand not to see or hear anything about this very prominent change in the world led by China, solely because the change is unbearably painful to it.

Even in 2022, the west still acts as if it is the Sun of the world system, completely dominating the system the way the Sun completely dominates the solar system.   It still thinks it must have 99.9% control over the whole world, like the Sun has 99.9% control over the entire solar system.  It still expects the 0.1% non-western world to subserviently and instantly respond in kind to its tiniest of movements, the way the planets respond to those of the Sun.

Therefore, when the west ganged up against Russia in Ukraine, it did so with full expectation that the non-western world will readily follow its lead and was utterly shocked when it didn’t.  In particular, the west could neither believe nor fathom that “uncivilized” and “destitute” Africa – “the hopeless continent” forever “the Whiteman’s burden” – could dare disobey its almighty colonial master and benefactor.

The war in Ukraine rudely awakened the west to the realities of the 21st century.   However, at the exponential rate the world is changing, the real rude awakening of the west is sure to happen pretty soon.  When that happens, the west will be cut to its proper size and, therefore, will never ever play a meaningful, let alone a dominant, role in the world.  In all likelihood, it will become a burden on the rest of the world lacking, as it does, the resources to support itself without robbing others, in one or another form of colonialism.

The west better hope that, when the time for reconning comes in the near future, its real rude awakening is not made ruder by African rebuttals to “the Whiteman’s burden” of Rudyard Kipling and “the hopeless continent” of “the Economist”.

No man has ever been degraded as the Blackman is degraded by the west European, most of all by the Englishman.  To teach any future wannabe master race an unforgettable lesson, the Englishman must be made to pay dearly and in kind for each and every aspect of the degradation it inflicted on the Blackman in the name of being a master race, as clearly stated by Mr. Churchill.