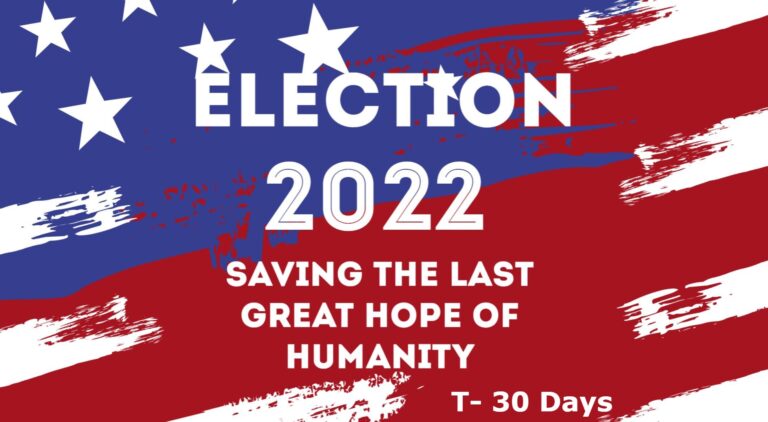 We shall nobly save, or meanly lose, the last best hope of earth. Other means may succeed; this could not fail. The way is plain, peaceful, generous, just – a way which, if followed, the world will forever applaud, and God must forever bless.” First Republican President Abraham Lincoln, Annual Message to Congress, December 1, 1862

I am now a registered Republican.

No, I did not jump to register.

I was pushed. Beyond the limits!

I found out there are boatloads of closet Ethiopian American Republicans everywhere!

But they keep it on the down-low.

I guess they are ashamed to admit it in public. You know, the scarlet letter “R” on their forehead.

Some of my longtime democratic friends gasp in consternation, bewilderment, curiosity. Others freak out!

“What happened? How could you?”

How could I what?

“Don’t you know the Republicans Party is for white people? They pass laws to take away African Americans’ voting rights. They deny social services to families of people of color, turn a blind eye to police brutality…”

“Do you know Joe Biden passed the biggest crime bill in American history—the $30 billion Violent Crime Control and Law Enforcement Act of 1994 — which has resulted in the incarceration of hundreds of thousands of young African Americans, expansion of the  application of the federal death penalty which disproportionately affects African Americans, imposition of harsher sentencing laws and three-strikes mandatory life sentences for conviction of three felonies, granting billions to states to build prison industrial complexes?”

Well! What did Obama and his democrats in Congress do in 2013 after the US Supreme Court struck down the formula at the heart of the 1965 Voting Rights Act that required certain states and localities with a history of discrimination against minority voters to get changes cleared by the federal government before they went into effect?

Did Obama democrats come up with a new formula for voting pre-clearance.

Democrats use the voting canard as wedge issue to the present day to scare minority voters to keep voting for them blindly and mindlessly.

I offer my stupefied friends a morsel from my intro to American Government course.

“But back then, there were moderate republicans who could work on a bipartisan basis,” they remind me.

“MAGA republicans have taken over the Republican Party today,” they lament.

“What kind of a Republican are you anyway?” they ask puzzled.

They are confused. “What is a MEGA Republican?”

Ethiopia is the first country mentioned in the Old Testament. “And the name of the second river is Gihon: the same is it that compasseth the whole land of Ethiopia. (Genesis 2:13, King James Version).

The “River Gihon” is none other than Abay River in Ethiopia, a/k/a “The Nile.”

It is on the River Ghion that Ethiopia today is building its Grand Ethiopian Renaissance Dam, the largest dam in Africa.

Ethiopia is mentioned at least 38 times in the Bible.

In the Book of Psalms 68:31 is written, “Ethiopia shall soon stretch out her hands unto God.” God always lifts those who stretch their hands to Him.

During the First Hijra, the Prophet Muhammad directed his persecuted followers “to leave Makkah and seek sanctuary in Abyssinia (Ethiopia) ruled by a Christian king, well-known for being a just and God-fearing man.”

I tell them to read the fascinating story of the Civilization of Ethiopia.

I agree with the 19th century British Prime Minister William Gladstone who proclaimed, “The Constitution of the United States of America is the most wonderful work ever struck off at a given time by the brain and purpose of man”.

After all, I spent my childhood and adult life studying, teaching, defending, practicing and proselyting the US Constitution.

But what is America to me?

Mother of Exiles. From her beacon-hand
Glows world-wide welcome; her mild eyes command
The air-bridged harbor that twin cities frame.
‘Keep, ancient lands, your storied pomp!’ cries she
With silent lips. ‘Give me your tired, your poor,
Your huddled masses yearning to breathe free,
The wretched refuse of your teeming shore.
Send these, the homeless, tempest-tost to me,
I lift my lamp beside the golden door!

So were the words of Emma Lazarus inscribed on the Statute of Liberty.

They are mine too.

So it is for the best hope of humanity, as I have oft written.

I have a million and one reasons to be pissed off at the Brandon administration and congressional democrats.

Nothing will give me greater pleasure than seeing them suffer a stinging and humiliating defeat on November 8, 2022.

Under the watch of the Brandon administration, inflation has been eating Americans out of house and home. Inflation today is at 40-year high with 9.1%.

Over past two years, the crime rate has been rising to unprecedented levels.

The Brandon administration has approved $4.8 trillion of new borrowing (ballooning the national debt) on top of the 31 trillion already on the books.

It is a total disaster in foreign policy for the Brandon administration:

Humiliating cut and run withdrawal from Afghanistan.
Scamming France on an Indo-Pacific submarine deal.
Botching response to Haitian refugees at the southern border.
Incompetence in managing the America’s Summit 2022.
Exclusion of certain African countries from attending the African Summit 2021.
Inability to get African countries to support the US position on Russia at the UN.
Suffering humiliation in first meeting with Chinese diplomats.
Lack of effective diplomatic response to Russian military action in Ukraine.
Inability to bring Iran to the negotiating table.
Inability to persuade/push for North Korea to denuclearize and on and on.

I can go on talking about the incompetence, indifference, ineptitude, incoherence, inefficiency, indecisiveness of the Biden administration.

But as an Ethiopian American, I want to call attention to Ethiopian American voters the inhumanity, injustice, interference, indignity, indecency, intrigue, insult and injury the Biden admisnistration has heaped on Ethiopia and Ethiopians for the past two years in support of the terrorist TPLF.

For the reasons set forth below, I ask Ethiopian American voters and my American countrymen and women to cast their votes for Republican congressional candidates on November 8, 2022.

I remind Ethiopian American voters that we helped deliver a Republican victory in Virginia only a year ago. No doubt about it!

I recall congressional democrats laughing in our faces. “What you gonna do? You don’t have the numbers.”

Then Eritrean and Somali Americans joined in the great Virginia Route.

Republicans swept all three statewide races (Governor, Lieutenant Governor and Attorney General) and won back control of the House of Delegates in a major  upset.

Youngkin reached out and directly appealed for the support to Ethiopian American voters. We did our part and delivered.

I recounted that experience in my November 3, 2021 commentary, “THE WAGES OF BETRAYAL: DEMOC RATS BITE THE DUST IN VIRGINIA!”

The Washington Post openly questioned, “Why some Ethiopian voters in Virginia swung for Youngkin — and how it may spell trouble for Democrats elsewhere.”

We can deliver a stinging defeat to congressional democrats once again!

It is all payback for the Biden administration’s long train of abuses and usurpations in Ethiopia over the past two years in support of terrorist TPLF.

For the past two years, the Brandon administration, led by the Twins of Evil — Susan Rice a/k/a “Princess of Darkness” and Samantha Power a/k/a “Queen of Beggars” — has toiled day and night to destroy Ethiopia as a nation, as a society, as a country and as a people.

The Brandon administration, in coordination with the European Union, the United Nations and the fake Western media, has propagated lies, damned lies and disinformation about Ethiopia demonizing the people of Ethiopia and the government of Ethiopia.

The Brandon administration has left no stones unturned to restore the terrorist TPLF to power in Ethiopia resulting in untold deaths and destruction in Ethiopia.

The history of the Brandon administration in Ethiopia is a history of repeated injuries and usurpations, all having in direct object the restoration of the terrorist TPLF to power and the dismemberment of the Ethiopia nation.

To prove this, let facts be submitted to a candid world.

On Day 1 of the Biden administration, soon-to-be Secretary of State Antony Blinken during his Senate confirmation hearing, for all intents and purposes, declared war on Ethiopia.

The Biden administration set as the First Pillar of its policy in Ethiopia regime change and restoration of the TPLF to power by “dialogue,” “negotiation” or “by any means necessary”.

The Biden administration set as the Second Pillar of its policy making Ethiopia the ultimate battleground and final graveyard of China in Africa.

The Biden administration set as the Third Pillar of its policy in Ethiopia the sabotaging of  democratic reforms in Ethiopia and undermining of confidence and legitimacy in the 2021 election.

The Biden administration set as the Fourth Pillar of its policy in Ethiopia destruction of the Ethiopian economy and prevention of Ethiopia’s rise as an African and regional power by the use of crippling sanctions.

The Biden administration set as the Fifth Pillar of its policy in Ethiopia the undermining of Ethiopian sovereignty, territorial integrity and national unity.

In furtherance of its policies,

The Biden administration has terminated Ethiopia from participation in the Africa Growth and Opportunity Act which affected “the livelihoods of more than 200.000 low-income families mostly, women who have got nothing to do with the conflict.”

The Biden administration has imposed visa restrictions and economic sanctions against  unnamed  government and military officials from Ethiopia and Eritrea.

The Biden administration has issued an Executive Order  imposing sanctions against Ethiopia.

The Biden administration has sought to impose UN Security Council sanctions against Ethiopia for nearly a dozen times over the past two years.

The Biden administration has managed to set up a kangaroo court investigation into human rights violations in Ethiopia using the United Nations Human Rights Council.

The Biden administration, in cooperation with Congressional democrats at the highest leadership levels, has sponsored HR 6600 (missing on 6; should have been numbered “HR 666”) and S. 3199 to impose crippling sanctions on Ethiopia.

Therefore, We, Ethiopian American voters appealing to the Supreme Judge of the world for the rectitude of our intentions, do, in the Name, and by Authority of the good People of the United States and Ethiopia solemnly publish and declare, that We are Absolved from all Allegiance to the Democratic Party and sever and dissolve all political connection with them.

In doing so, we mutually pledge to each other our fortunes and sacred honor to do all we can to save last best hope of humanity and democracy in Ethiopia.

When the chips were down, when Ethiopia was down for the count after a body blow by the Brandon administration, who stood by Ethiopia?

When the Biden administration and congressional democrats were gunning for Ethiopia, one republican senator stood up and stood with Ethiopia.

I can write all day about Jim Inhofe, a true son of Ethiopia.

But Jim says it much better than I ever can.

Republican President Ronald Reagan played the part of George Gipp, a college football player in the 1940 biographical film “Knute Rockne: All American,” about a legendary football coach at the University of Notre Dame.

Rock, someday when the team is up against it and the breaks are beating the boys, ask them to go in there with all they’ve got and win just one for the Gipper.

Democrats hate Jim Inhofe, but Ethiopians love him and his family.

Jim Inhofe will be retiring in January 2023.

Let’s show some love to Jimmy Inhofe as he leaves the Senate, Ethiopian American voters!

Ethiopian American voters, hear me and hear me good.

Them powerful democratic boys and girls in the White House and Congress are ganging up and beating the hell out of Ethiopia and Ethiopians.

I ask you to go into the voting booths on November 8, 2022 and vote Republican and win just one for Jimmy Inhofe, Ethiopia’s true son.

VOTE REPUBLICAN. SAVE THE REPUBLIC. SAVE THE BEST HOPE OF HUMANITY AND ETHIOPIA!