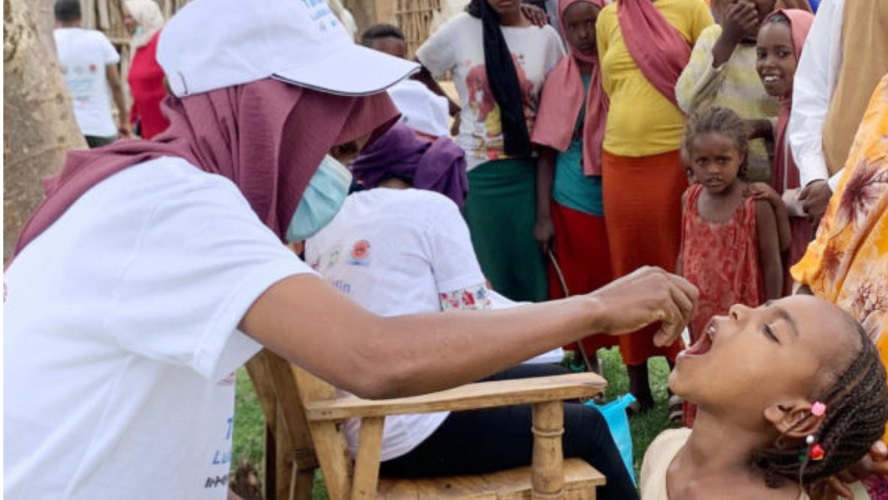 To respond to the outbreak, the Ethiopia Public Health Institute (EPHI) and Oromia Region Health Bureau (ORHB), with the technical support of the World Health Organization (WHO), deployed a multidisciplinary rapid response team (RRT) to Harena Buluk woreda on 18 September 2022.

As of 10 October, 191 cholera cases were reported in three woredas of Bale zone (Harana Buluk, Berbere and Delo Mena) with four associated deaths (Cumulative Case Fatality Rate – CFR – of 2.09 per cent1). The use of unsafe water from contaminated water points is the most likely cause of this outbreak. Limited access to water and sanitation (WASH) services, poor hygiene practices, including open defecation and lack of water treatment options are among the factors that have contributed to the rapid spread of the disease across these three woredas.

New suspected cases are reported daily in the three affected woredas. As of the reporting date, there are 15 active cases (three cases in Delo Mena, 10 in Berbere and 2 in Harana Buluk woredas) in the existing Cholera Treatment Center (CTC), with 71 per cent of the patients experiencing severe dehydration symptoms. Due to people’s mobility, there is a high risk that the outbreak could propagate into bordering zones of Southern and Eastern Oromia, SNNP and Somali regions.

Bale zone remains one of the most drought-affected areas with increasing malnutrition cases and report of measles’ outbreak. Since the beginning of 2022, 21 measles outbreak waves have been confirmed in Oromia. In the first week of October, Bale zone registered 219 new meningitis cases (10 per cent of the total meningitis cases reported in Oromia).

A cholera outbreak has been confirmed in the bordering areas of Oromia and Somali regions, Karsadula woreda of Liban zone. 18 suspected cases with one death have been reported so far. According to WHO, 2 cases were confirmed as positive out of four samples sent for testing.

Response teams composed of WHO and RHB staff were deployed to contain the outbreak. Only one Cholera Treatment Unit (CTU) is operating in Karsadula woreda. UNOCHA/Dispatch