Ethiopian Christmas also known as Genna or sometimes Lidet is a feast of commemorating the birth of Jesus Christ on the 7th of January, according to the calendar of Eastern Orthodox Churches.    The feast of Genna is celebrated in the midst of the harvest season in Ethiopia with large congregations coming together at churches for religious ceremonies. Genna combines both religious ceremonies and traditional game, Yegena Chawata. In annual feast such as Genna, Ethiopian women prepare special food and drinks for occasion. They bake bread brew locally fermented drinks tella and tej (traditional mead prepared from honey). Areki, a Traditional alcoholic drink is also prepared from various cereals. 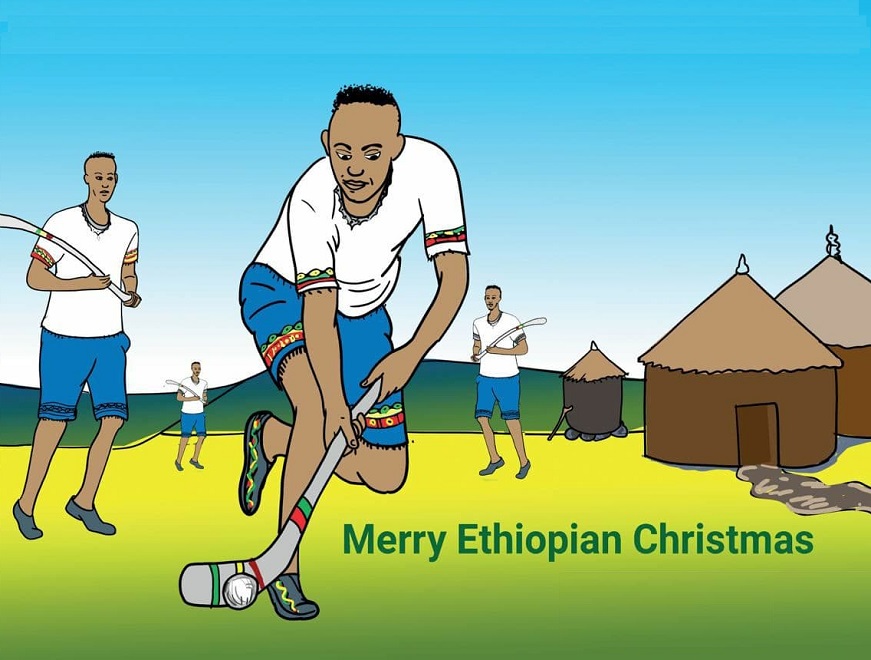 Ye Genna Chewata is a traditional game which resembles some kind of field hockey. Though thisl game is rare in urban areas of the country, it is very common for young people in rural areas. Two competing teams are playing the game during Christmas. The Ethiopian Traditional Sports Federation has set rules and regulations of the game and more are expected to be done to make the game a center of tourist attraction.

Players use sticks made out of wood called ‘Gena’ to hit a round, hard wooden ball known as ‘erur’ to play the game. Players are attired with special traditional clothes and shoes to illustrate their respect for the culture. This traditional game also shows the liberty that the youth enjoy in front of senior members of the community, as the saying: Begena Chawata Aikotum Geta, goes, literally means lords won’t be angry during the game. Before starting the game on open field close by, two competing teams assign their leaders and two old men from the crowd will be appointed as referees for the game. The game, which mostly starts in the afternoon ends until the sun sets.

According to legend, the game is started from the joy of shepherds when they heard the birth of Jesus Christ that made them to jump and throw everything that they found around them by their wooden stick. Reviving these games as center of attraction for the promotion of the country’s tourism industry will help tourists enjoy the cultural values of the country.

The feast of Christmas is colorfully celebrated in Lalibela Rock-hewn churches with large pilgrims and tourists going to Lalibela.   Christians celebrate Genna this year with higher expectations for lasting peace. This year’s Genna is celebrated on the occasion the Government of Ethiopia has signed the peace agreement, ensuring the sovereignty and territorial integrity of the country.

As we celebrate the feast Genna, we have to show compassion to the needy people and displaced people who are expecting our support. As the federal government is intensifying its effort to provide humanitarian supplies to those in need, the international community and the public at large should support the federal government in its  efforts to the same.