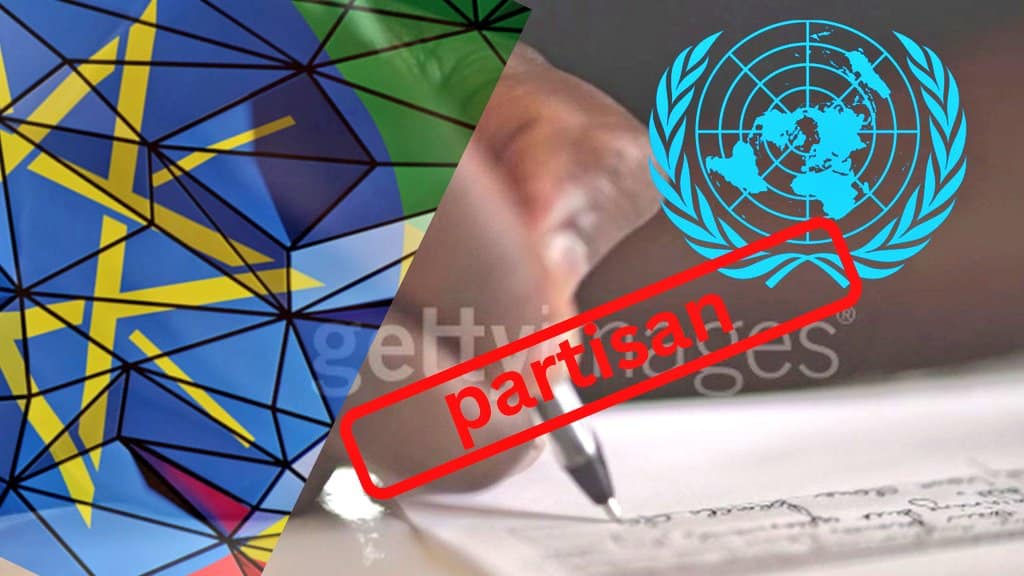 Ethiopia’s permanent representative to the UN in Geneva, Ambassador Zenebe Kebede, said the commission was “politically motivated” and their conclusions were unprofessional and biased.

Ethiopia has been the subject of unfair and biased scrutiny at this August body for more than a year now, said the Ambassador.

“Such misguided campaign against Ethiopia must stop at a time the government of Ethiopia is implementing the recommendations of the joint investigating team. Ethiopia abides by its international, human rights and international humanitarian law obligations.

Even at a time, the country is confronting an insurrectionist armed group that has endangered the sovereignty and territorial Integrity of the country, Ethiopia remains firmly committed to Human Rights,” he said.

The Insurrection is group is clearly intent on reversing the political and economic reforms being implemented by a popularly elected government and is trying to use violence to bring about unconstitutional change of government.

“From the outset Ethiopia objected to the establishment of the commission. The commission was founded on a series of erroneous premises. Ironically some members of this Council confess this and expressed regrets to us arguing that this was politically motivated.”

Despite these reservations, however, the government engaged the commission, in a genuine effort of arriving at modalities that could have allowed us to work with the commission.

The commission was adamant that its mandate is not confined to the conflict area, but the whole country. It also wanted as it did to unnecessarily duplicate and undermine the work of the joint investigation team, he underscored.

“The commission has now has submitted a report of substandard quality its allegations are unsubstantiated and not meeting the standard of proof for such investigations. The report fails to meet a modicum of objectivity, professionalism and impartiality.”

“It makes grave accusations against the government and its armored forces without adducing a proof just based on telephone conversation and a web-based submissions; this is the irresponsible. This practice of targeting countries, like Ethiopia undermines the authority and the credibility of the Human Rights Council,” he added.

The report is selective and discriminatory and its conclusion is politically motivated, Ambassador Zenebe noted.

The TPL bluntly violated humanitarian truce reigniting the conflict by robbing the fuel that was destined for the delivery of humanitarian aid, he said. But, it is absurd that the commission tries to make the government sound like a culprit in this scenario.

“We believe there should be accountability and the safeguard to ensure that humanitarian aid will not be diverted to advancing the aggression of the TPLF.”

“The commission could have investigated atrocities committed by the TPLF in Amhara and Afar regions. However, it only made fleeting references, and also completely overlooked the use of child Soldiers and the violent and the forceful recruitment of child soldiers by the TPLF including in refugee camps, in neighboring countries. This calls into question the commission’s ability to shoulder this task objectively and impartially.”

“Ethiopia is taking concrete measures to bring perpetrators of human rights violation to Justice. In this endeavor, we will continue working with Office of the High Commissioner for Human Rights in Ethiopia and other International Partners.  The inter-ministerial task force has published a preliminary report outlining is findings in relation to some of the areas affected by the conflict.”

Ethiopia is committed to peacefully resolve the conflict under the auspices of the African Union, he stated.

The Ambassador further called on the members of the council to reject the report and any attempt to extend the mandate of the commission.