Organised by Adwa Great African Victory Association (AGAVA) (https://nesglobal.org/adwa124/ & the Network of Ethiopian Scholars ((NES) www.nesglobal.org) and all other partners are most welcome to join!

“The Ethiopians were the first who INVENTED the science of stars and gave names to the Planets. Not at random and without meaning but descriptive of the qualities which they conceived them to possess.” (ፈረንሳዊው የሥነ ፈለክ ሊቅ ሉሲያን በጥናቱ፦)

“Fundamental tenets of the Ethiopian Movement were self-worth, self-reliance and freedom. These tenets drew the advocates of Ethiopianism, like a magnet, to the growing political movement. That political movement was to culminate in the formation of the ANC in 1912. It is in this sense that the ANC, we, trace the seeds of the formation of our organization to the Ethiopian Movement of the 1890s” (Nelson Mandela, Speech to the Free Ethiopian Church of South Africa

May 27-28, 2021 will be thirty years since the TPLF with the support of Western imperial powers imposed the ethnic fracturing of Ethiopia by copying what the fascist Mussolini did when Italy occupied Ethiopia in the 1930s.

It was on May 27, 1991 in London the decision was taken to divide Ethiopia by imposing the TPLF in all parts of Ethiopia except Eritrea. The current head of state in Eritrea Mr. Isaias Afeworki declared a provisional Government on May 28, 1991.

The ethnic division is still imposed on Ethiopia. The country is in a mess with ethnic fractured massacres taking place on a daily basis especially since the new regime took over on April 2, 2018. The AGAVA and the Network of Scholars call upon all Ethiopians to free Ethiopia entirely from all the on-going ethnic killer political curse. WE cannot go on with ethnicism anymore. It is a  crime  for all of us not to do all possible to end the ethnic era in Ethiopia by promoting the civil and human rights of all Ethiopians driven by our deep values of social solidarity and social  justice for all  entirely freed from the current divisions based on differences in using language, religion, ethnicity, gender and all.

Let us recognise and appreciate there is only one human race. Colour difference does not make some human and others non-human. Language and religion should not be abused to divide people who must live with associational epistemic, moral and emotional virtue. God is above religion and the different ways to worship God must not be used to kill people as we see it done by so many religious wars and on-going religious based extremisms. People and especially the politicians must value differences by celebrating our one humanity created in the image of God.  Politicians must be there not for power and money but to serve people and country above all else as the priority of all their other priorities. Our values make our relationships associational not go for selfish self-interest by favouring individualistic pursuits to steal and hurt people. After a generation of so much suffering our people have gone, let us do all we can to make our current ethnically divisive dangerous politicians to create a mind-set change to value the Ethiopia that has provided spiritual strength to the  oppressed humanity in the world. Never forget Ethiopia has a unique history: Ethiopia has a unique distinction in the universe for empowering those that were disempowered, for humanising those that were dehumanised, spiritualising those that were denied their right to worship God and inspiring and strengthening those oppressed to resist oppression across the world, and not just in Africa.

II:  The May 27-28, 1991 Ethiopian Community in Britain Protest against the Ethnic Division

We had founded the Ethiopian Community in Britain a few years back and when the meeting was held at a hotel in London to divide and do the scramble for Ethiopia supported by foreign powers and the local TPLF agents, we organised a demonstration to oppose the ethnic division that the TPLF was trying to impose by taking power from the Derg. We mobilised over 2000 protestors from all parts of the communities in U.K who vehemently opposed the ethnic division. I was the chairman of the Ethiopian Community in Britain and was responsible for organising successfully the protest and demonstration that received global coverage at the time.

The decision was made to form a transitional Government with TPLF on May 27, 1991 and a provisional Government in Eritrea on May 28, 1991. That decision was released by Herman Cohen who wrote on a hotel note script and shared it globally to the media for TPLF to take over Ethiopia. We tore to pieces his not and that was also globally shared by the media.

We protested the next day on May 28, 1991 at the American embassy challenging the USA support for dividing Ethiopia ethnically and supporting also the secession of Eritrea. I remember the BBC interviewing me about the development and I explained to them that this settlement will create war and division and the transition will not lead to a lasting peace. I was interviewed also by Martin Plaut from the BBC in 1992; I repeated by giving a number of reasons why there will be war. In 1993 there was a meeting in Oxford University, I repeated by giving more reasons why the necessary condition for peaceful transition does not exist and we cannot go for a long term economic collaboration then when the politics is leading us into a war that I said is likely to erupt any time in the next few years.

What   I predicted from May 28, 1991 onwards happened. I remember giving another BBC interview on the Badme war in 1998 and the decision by the TPLF leaders to expel those with Eritrean origin from Ethiopia. I opposed the expulsion of citizens of Eritrean origin that broke families apart. I still am very sad and angry that it ever happened and so many sisters and brothers were expelled just because their families originated in the Ethiopia of Eritrea. Families that have Eritrean husbands and wives were separated because of this evil and cruel policy of expelling Eritreans from Ethiopia. That was truly evil and when the BBC asked me I said why should Ato Meles not be expelled then, as I am told his origin is more from Eritrea than Ethiopia. I have also heard that Ato Isaias is more from Ethiopia than Eritrea, why not also bring him to his homeland to Ethiopia rather than keep him in Eritrea.

The secession of Eritrea from her motherland Ethiopia done by the statement from London on May 28, 1991 must also end by May 28, 2021.

Let us all join to correct this big mistake!

First:  let us finally close the ethnic division chapter that recklessly has made the people that should live peacefully to be always in conflict.

Second: let all those who are in politics to come together to create the one and one Ethiopia   united and freed from the generation old ethnic fracturing by the politics borrowed from  1884-85 Berlin Conference colonial divide and rule scramble for Africa.

Third let us all learn about Ethiopianism and why Ethiopia must never be under ethnic division when the world values Ethiopia as the spiritual public good feeder to the world.

Fourth: Let all Ethiopians learn and know Ethiopia is also the pride of Africa serving as the example in making Africa independent by making Addis Ababa the African capital city with the Africa Union headquarters  being now from 58 years!.

Fifth: Let us all learn to value our values, value Ethiopia’s rich history, value the spiritual heritage, the knowledge heritage and the struggle heritage by learning from the Great Adwa Great African victory.

Sixth: Let us also value the rich lessons from the Adwa African victory over World Empire. Adwa Great African victory lives to strengthen Pan-Africanism and the African Renaissance for our time and the future. The Africa Union, all the current African states, the entire African Diaspora and even all those nations across the world that have been colonized are welcome to participate and contribute and spread vast education and awareness to reach every African child, woman and man across the world that unity matters and division must end forever.

Where there is hate, may love replace it, where there is conflict, may reconciliation beat it, where there is bitterness, let forgiveness prevail to remove it. Let us go for the great Ethiopia that is always united to make her prosperous well-being anchored, green, smart, inventive, innovative, creative, entrepreneurial, talented and loving and God fearing one people moving along the path of a life-journey full of curiosity, sense of wonder, intelligence, education, wisdom, knowledge and happiness. Let us remove the division vice and go for unity virtue. 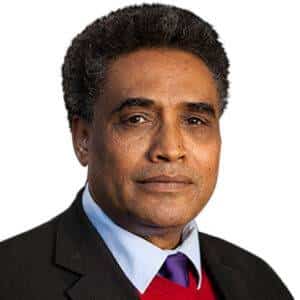 Let us all work together and create the Anti- Ethnic Division Manifesto to end ethnic fractured Ethiopian era to bring Ethiopia to become the model for not only the Ethiopian but also for African unity and the wellbeing of all humanity.