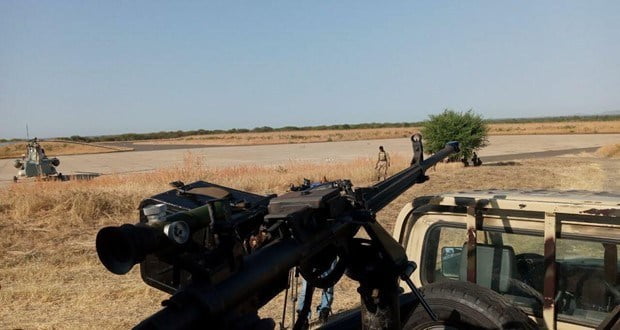 Following an incident involving the Ethiopian army and the UN staff, which the international organization apologized for, this author wrote an earlier piece under a heading “The Rude Outlaw: The UN Staff or the Ethiopian Army?”. That story narrated how the UN staff broke the terms of its agreement with the Ethiopian government by breaching two check points and only stopped on the third one after a warning shot.

Initially, the organization accused Ethiopia of violating the agreement; and later its UNHCR head further pronounced Ethiopia as “out of control”. This triggered an avalanche of media attack by armchair analysts, biased journalists, and more so hired guns, painting Ethiopia and its government as outlaws. As a consequence of the twisted—and outright wrong—narrative generated by phony, but dangerous, UN allegation, a major damage has been inflicted on Ethiopia. Already, a possible punitive bill is being peddled by two United States Senators largely attributed to the bogus allegation.

According to the Fana Broadcast Agency, the Ministry of Peace, on 13 December 2020, reported that the Government of Ethiopia received and “welcomed the apology given by Dr. Catherine Sozi, UN Resident and Humanitarian Coordinator for Ethiopia, on the [recent] incident [which the UN staff breached two checkpoints and forced to stop on the third one]. It also expressed its hopes that the UN will put mechanisms in place to prevent similar breaches in the future as it undermines humanitarian coordination and poses serious security risks.”

In the first place, the reporting, which was the subject of the apology, was based on misleading news and outright wrong information. These have raised the stakes for the Ethiopian government and its people so high that reversing the narrative remains a very daunting, and expensive, exercise.

It is true that the UN apologized for the actions of its staff, though belatedly. Already virtually all the major international media and many others around the world reported Ethiopia as a culprit in blazing headlines and blistering narratives. A bad picture has already been painted on the standing of the country which cannot be erased overnight, if ever.

It is important to note that even though an apology has been offered, the media will not carry it with similar intensity and zeal, to undo the indelible dirt on Ethiopia—a reliable UN partner involved in multiple peace-keeping missions in some of the most intractable parts of the world.

Ethiopia must insist on an appropriate restitution for the severe loss on the political, economic, social, and diplomatic front as a consequence of the UN’s blunder. The UN and others must help to rectify the situation. They must be part of a sustained effort to reverse some of the drumbeat of sanctions, threats and adverse propaganda against the country and its people. The UN can start the effort by forwarding that apology letter to the senators mentioned above.

This as it may, I find it exceedingly baffling why the UN and the so-called international community is wildly scrambling to support some 45,000 Ethiopian citizens of Tigrayan ethnic group when they have mostly been dead silent as several millions from multiple ethnic groups faced a grimmer situation in the last three years. It is disturbing to witness such a blatant double-standard with, of course, implications for the sanctity of these institutions.

On the media front, well-established outlets such as, primarily Reuters, the BBC, the Guardian, and Aljazeera, as well as the New York Times and CNN, have been spewing hostile, sloppy, and, at times, outright falsehoods on Ethiopia since the outbreak of the conflict. Many observers attribute this trend to the well-oiled machinery of the TPLF cabal which managed to coopt and strategically plant rogue reporters in these organizations.

In a number of cases, some of these media houses invited unduly critical and well-known government adversaries to their popular programs and shows which often lacked balanced views as decent journalism demands. One glaring—and scandalous—story carried by the New York Times was already effectively countered in the piece mentioned above as well as a more blistering one as this.

We also recently heard that, the BBC has apologized following government protest on its aggressive and biased reporting. One would hope that many others may probably follow suit given the serious breach of trust witnessed for over a month now. To be sure, trust is both an asset—and a liability. Oh, yes, trust is earned slowly—but often lost quickly.

In writing this piece, I opted to review the website of Mr. Martin Plautt, whose reporting since the outbreak of the conflict, I found, has been one of the most biased, if not the most dishonest. In a class of its own, some of the reports, quoted from his website below, exhibit that bizarre blubbering only a hired gun would commit.

Mr. Plautt, who pronounces himself as a “Journalist specialising in the Horn of Africa and Southern Africa” introduces his minion outfit, “Europe External Programme with Africa” (EEPA), as such:

Europe External Programme with Africa is a Belgium-based Centre of Expertise with in-depth knowledge, publications, and networks specialised, in issues of peace building, refugee protection and resilience in the Horn of Africa.

And yet his webpages are cluttered with astoundingly biased news and blatant lies as these ones:

“Reported situation in Tigray (as confirmed per 13 Dec)

Reported from within Tigray: serious problem of lack of water.

Serious looting still ongoing from shops in Mekelle, perpetrated by Amharic militia and Eritreans as well as poverty stricken people benefiting from the lawless situation.”

Mr. Plautt, on his self-declared “Situation Report” unabashedly pronounced the statements “as confirmed” but cowardly disclaims that “All information in this situation report is presented as a fluid update report.” The key word here is a “fluid update report” which may translate as self-selected, if not self-cooked account.

In this “Reported situation in Tigray” as “confirmed”, he unashamedly blurted a “serious problem of lack of water”. And yet one of the chronic infrastructural challenges known in Tigray, specially Mekelle, is exactly that problem which Prime Minister Abiy Ahmed has identified as a priority, allocating billions to fix it, when the TPLF cabal was clandestinely prepping to wage a war against his government.

To be sure, the so-called “Situation Report” has conveniently ignored the cabal’s disastrous acts—of destroying bridges, powerlines, and airfields; massacring innocent and unarmed civilians, including women and children; and scorching everything on its tracks. In his pathetic effort to cover up for his cabal handlers, the “good” EEPA reporter has indecently overlooked these atrocious crimes which directly impacted, oh yes, water delivery.

The recent closed circuit footage released by the Ethio-Telecom in Mekelle, which shows forced disruption of services by the cabal, has proven beyond any doubt who the culprit is and also how far it would go in its unmatched criminal behavior—without regard to the dire needs of the Tigray people it pretends to represent.

Mr. Plautt in the “confirmed” report cited looting by “Amharic militia and Eritreans as well as poverty stricken people benefiting from the lawless situation”. For the ‘distinguished’ journalist to misstate the Amhara militias for Amharic militias is more than a slip of a tongue, well may be a slip of a keyboard. More so, as a main cook of “the Eritreans in Tigray” fiction, the UN Secretary General António Guterres’ statement which discounts this persistent falsehood may be sufficient to quash that fabricated story. But this may not seem to deter this and other hardcore operatives, paid guns and shenanigans of the cabal whose credibility is dissipating like a cloud in a windy day.

In my earlier piece, “The “International Community” and Ethiopia: The Good, the Bad, the Ugly—and the Gullible”, I concluded by citing the story of the poor Humpty-Dumpty who could not recover from his bad fall. Neither Mr. Plautt nor his handlers nor his benefactors can undo the fate of the Humpty-Dumpty cabals. The dogs bark, but the caravan goes on.

It is true that the UN, the BBC and many others have and will in the future apologize for their misdeeds—inadvertent or deliberate. But this comes at a huge price for Ethiopia, its people and government.

Ethiopia thus should not bear the brunt of the burden of these misdeeds.

The UN could start with sharing that burden by advising the two US Senators to drop the bill largely produced on the account of frivolous—and dropped—charges.

The Queen of Sheba may be reached at QueenOfSheba2020@outlook.com