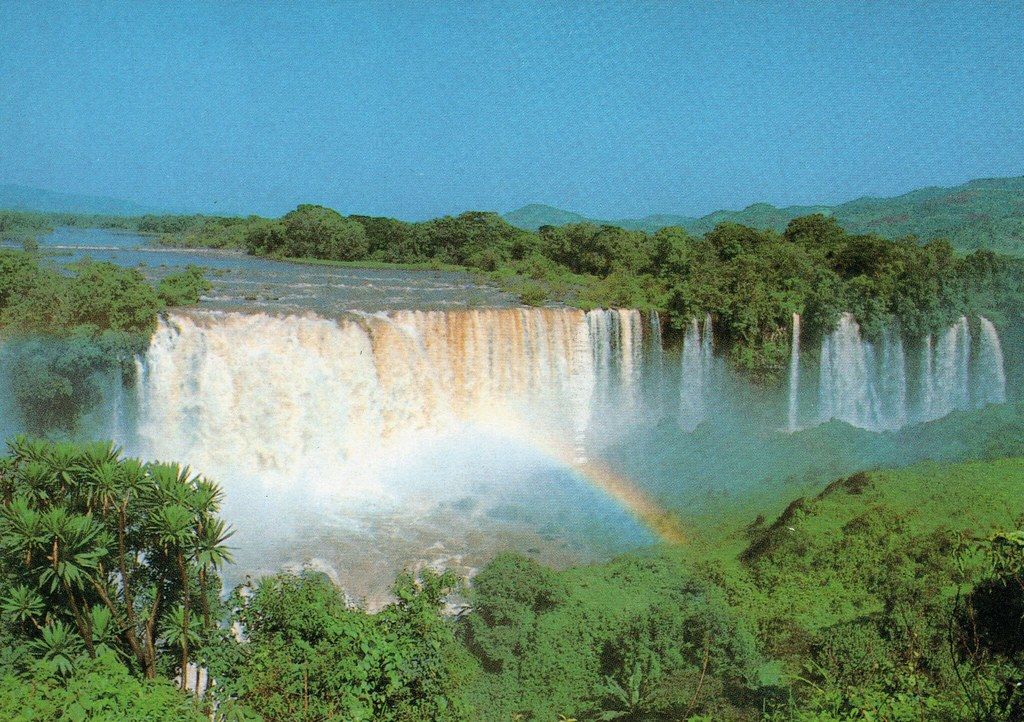 The mighty Nile is a source of life for hundreds of millions of people.  A lasting solution for its fair share of use requires a pragmatic approach, void of any paranoia, emotions, propaganda, and counterproductive political maneuvering.

According to a FAO report that utilizes data from 1999, the mean annual flow at Dongola/Aswan was estimated at 84 billion cubic meters per annum less 10 billion cubic meters of water loss due to evaporation.  According to a 2013 study, the cost of desalinating sea water ranges anywhere from $0.45 to $1 per cubic meters.  Egypt claims 55.5 billion cubic meter of this water.  This is a controversial claim that leaves no share to other riparian states aside from Sudan.  But even putting that aside, with an assumed value of $0.45 per cubic meter, the “value” of Egypt’s claim is about $25 Billion per annum.  The World Bank has Egypt’s 2019 GDP at $303.2 Billion.  So the value of Egypt’s claim is about 8.2% of its GDP.  While this is a respectable amount, the claim value is not a huge chunk of its GDP.  The “absence” of it however is a significant part of Egypt’s GDP.  This is somewhat analogous to saying that a company may not be a going concern with no power or utility source, the cost of which is only a fraction of its value.

It is key that the river Nile gets a dollar value assigned to it.  This way, its waste or misuse will be accounted for.  Its source countries can also be incentivized to efficiently use the water, produce more water where possible and maybe even trade the water.

In terms of waste, it is reported that 4.7 Billion cubic meters of Nile water discharges into the Mediterranean Sea.  Some sources also estimate the discharge into the Mediterranean Sea to be almost three times as high (13 Billion cubic meters per year average of the period 1984-2001).  In contrast the first phase filling of the Great Ethiopian Renaissance Dam (GERD) is holding about 4.9 Billion cubic meters of water, fortunately on the back of a strong rainy season that has caused significant flooding in Khartoum, Sudan.  Inefficient irrigation schemes along the Nile as well as significant evaporation of water at the Aswan High Dam in the Sahara desert also contribute to sizable wastage.

The benefit of trading the Nile waters can provide a stable durable source to Egypt, while at the same time benefiting the whole Nile riparian states.

When it comes to GERD, it is stated that the dam has a capacity to store about 74 billion cubic meters of water when full.  To generate its maximum power of about 6,000 Mega Watts, it has to release the water which drops to about 48 billion cubic meters.

Now, assuming a fair value $0.10 per kilo watt hr., the value of this $4.8 billion dam could be as much as $5 billion dollars per annum.  This is a very attractive return on investment.  The World Bank shows Ethiopia’s 2019 GDP as $91.16 billion.  Even without the compounding effect of electrical generation to the economy, this value alone is about 5.5% of GDP.

It should not be taken for granted or lost in translation that the same amount of investment could have been made to target use of water rather than flow of water.  It need not be said that flow rather than use was chosen in light of unselfish consideration for downstream countries.

Given population growth along the whole Nile basin versus a somewhat finite source of water from the Nile, it is evident that one needs to step back and consider an optimal comprehensive agreement that is suitable to all riparian states.

A potential solution is for friends of Nile basin countries and world financial institutions grant funds to an escrow account overseen by a consortium of donors, world financial institutions, African Union and the Nile Basin Initiative.  The funds will be used for water conservation and water source projects within Egypt.  In return, Egypt will make a sum of two payments to the escrow account as projects come online.  A first nominal payment will be based on the amount of water saved and generated by the use of the funds.  A second payment will be based on Egypt’s objections to upstream projects.  For every cubic meter of water use it objects on upstream countries, it would post a payment to the fund based on an agreed upon price as part of the projects overall agreement.   The amount of money collected in the escrow fund or some other agreed portion will then be paid to the riparian countries that source the Nile; based on the amount of water contribution and project considerations when applicable.

Having the projects entirely in Egypt gives assurance to Egypt that it has gained a new source of water within its control.  For the riparian countries, being able to trade the water that they source will put a hurdle cost for new projects on the Nile or its tributaries.  It also incentivizes them to produce more water where possible.  This may be applicable in the case of South Sudan for example.  It is to be recalled that Egypt attempted and failed in its desire to build a canal in the Sudd swamp of South Sudan to exploit more water from the White Nile that would otherwise be lost to evaporation.  It is also to be recalled that there has been and there still may be a resident Egyptian Engineer at Jinja monitoring Owens Dam flow in Uganda.

For example, a fund seeded with $10billion may give Egypt 22 billion cubic meter of new water entirely within its control.  Even relative to its own colonial era claim of about 55.5 billion cubic meters of water, the new water is substantial.  The $10 billion seed compared to the combined GDP’s of the two countries is about 2.5%, making it irrational to any destructive adventures.  It is also worth comparing it to an alleged order of 24 Su-35 aircraft for $2 billion that Egypt has allegedly started to take delivery on.  A long-range bomber capable of being armed with an Egyptian air-to-surface medium range Kh-31 missile capable of Mach 3.5 Speed.

Fortunately, Egypt is endowed with an ever growing natural gas reserves and a vast underground water reserve.  It is said that more than half the cost of sea water Desalination comes directly from energy cost.  As of 2017, Egypt holds 77 trillion cubic feet of proven gas reserves, ranking 16th in the world.  In addition it has abundant solar energy potential.  In terms of underground water reserve, a 2019 study mentions the Nubian Sandstone Aquifer System as the largest known fossil water aquifer in the world.  Spanning more than 2 million square kilometers across Sudan, Chad Libya and Egypt, it contains more than 150,000 cubic Kilometers of ground water.  This is more water than the Nile River discharges in 500 years.

There is also plenty of room in improving conservation.  Efficient irrigation schemes such as drip or pipe based irrigation systems can replace open ditch irrigation methods.  Minimizing amount of fresh water discharged into the Mediterranean Sea is also another candidate for conserving fresh water.

In the end however, is there going to be enough will power to reach a rational agreement or will Egypt’s fear on the Nile hurt it more than it helps it?

With all the talks of an “Existential Threat” regarding the GERD, the paradox of Egypt’s paranoia may be that the very first friend it losses, may be the last friend it may ever want to lose.

The writer could be reached at [email protected]